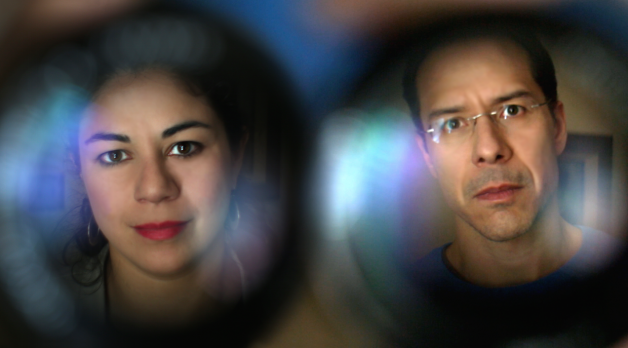 For many people, closing up the family house is a midlife rite of passage, an exhausting and sometimes emotionally perilous event occurring when a parent dies or is no longer able to live alone. It involves not just closing out a mortgage and moving furniture but also diving through sometimes decades of memories, a process that forces one to define the value of a faded, sepia-toned photograph, a closet full of outdated clothing, a box of school yearbooks, or even some ineffable tchotchke collection.

For sibling directors Elan and Jonathan Bogarín, just such an undertaking has stretched not months but years and is the inciting incident of their first documentary. In 2001, the pair — who together run the production house El Tigre Productions — began shooting their grandmother, Annette Ontell, in the Hillside, New Jersey house she resided in for 71 years. When she died in 2011, the Bogaríns decided, says Jonathan, “to keep the house and transform everything there into a film.” The result is the beautifully strange 306 Hollywood, “a kooky, imaginative film,” he says, that uses “a maximalist language of fiction film, art, dance and myth in order to draw in an audience like a Hollywood film — but one with no budget and a crew of two.”

The dominant metaphor structuring not only the content of 306 Hollywood but also its production is the archaeological dig. “The film follows the logic of a real archaeological extract,” says Elan, “as we go deeper and deeper, layer by layer, all the while not being able to undo what we’ve already done. And until we finish the dig, we can’t get rid of the house.” Continues Jonathan, “We realized soon after our grandmother’s death that there was so much life in the objects still there. The whole history of the 20th century can be found in the layers of this house.” Adds Elan, “The house is a microcosm, a universe.”

The house may be considered an archaeological site — and, ratifying the metaphor, the Bogaríns also filmed in Rome, where they visited a real archaeological site to understand its relationship to time and history — but it’s also something of a theatrical stage. “We’ve staged fashion shows and dance performances in the house,” explains Jonathan, “with actors lip-syncing to voices of our family while wearing their original clothes.” Later, a clothing conservator conducts an autopsy of their grandmother’s dresses, while, in other scenes, cancelled checks and wallpaper patterns evoke, says Elan, “the logic of another era.” Adds Jonathan, who cites Joan Didion as an influence, “We’re trying to make non-fiction film into something like a literary format.”

The Bogaríns are aiming to finish 306 Hollywood, which recently went through the IFP Documentary Lab, this year and then, says Elan, to finally sell the house. (Indeed, the house’s decomposition, including an attack of mold in the basement, is part of the film as well.) Meanwhile, the pair continues to work at El Tigre, which produces short-form content for museums like the Whitney and MoMA, as well as Coleccion Cisneros, an online hub for Latin American art. — SM