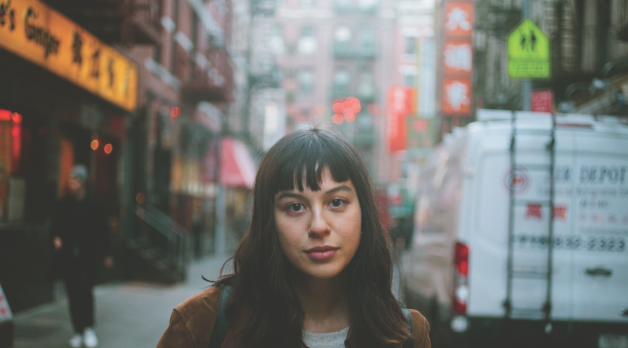 When she was 10 years old, Alexa Lim Haas couldn’t quite read. For school book reports, she’d only draw elaborate pictures but still earn A’s. It wasn’t until fifth grade that a New York public school teacher discovered her secret and worked with her on her reading skills. “I’ve always been image based, which was maybe a gift for someone with reading trouble,” Lim Haas says. “I became more articulate in my visual thinking.”

Today when Lim Haas draws, she creates exquisite and original illustrations for everything from short film title sequences and underwear ad copy to Borscht Corporation T-shirts. (“Borscht was the first collective of people who reminded me that making art is fun,” she says, “and that freed my mind for all my silly ideas.”) She also codirected, with Bernardo Britto, the animated short Glove, which played Sundance in 2016. Commissioned by Borscht and now in final stages of post, her newest animated short, Agua Viva, is Lim Hass’s first major solo work.

With beautiful, emotionally resonant line drawings, Agua Viva captures the loneliness of a nameless Chinese manicurist working in a Miami salon. While working on the nails of her clients, she allows her mind to drift, obsessing over her own body image, thinking about jellyfish and recognizing to herself the limits of her limited English. After a client comments on the intimacy of a bikini wax, the manicurist has to look up the word. “Sometimes I feel I have no words at all,” she says. “My meaning is always lost. Are there words in the language for such a feeling?”

Lim Haas developed her script from 10 pages of Twitter-sized thoughts she intended to post but saved as drafts instead, written mostly during five research manicures and while accompanying friends to their own appointments. “I was just trying to be in tune with how I felt while being touched by a stranger,” Lim Haas says.

After graduating from film school at New York University, Lim Haas taught English in Shanghai. From watching maids clean at Chinese clubs, she conceived the beginnings of Agua Viva, titling it after a word she heard Brazilians use for a washed-up jellyfish on the shore of Miami. “Agua Viva is the culmination of many parts,” Lim Haas says, “born of all the complexities of being the American mixed daughter of a Chinese–Filipina mixed mother.”

Lim Haas grew up communicating by “speaking in body language, big smiles, tender touches” with her Filipina family, many of whom worked in different facets of the service industry. The imagery of hands, a motif present in both Glove and Agua Viva, is as much about gesture, connection and intimacy as it is about Lim Haas observing her own hands when she draws. Her approach to animation is performative, she says, improvisational — kind of like jazz. Her creative energy is equally fluid. “I have so many different ideas fermenting, but I don’t know whether what’s next is a painting, an animation, a live-action movie or a tapestry.” — Taylor Hess