What if You Could Crowdfund a Filmmaker, Not a Film? 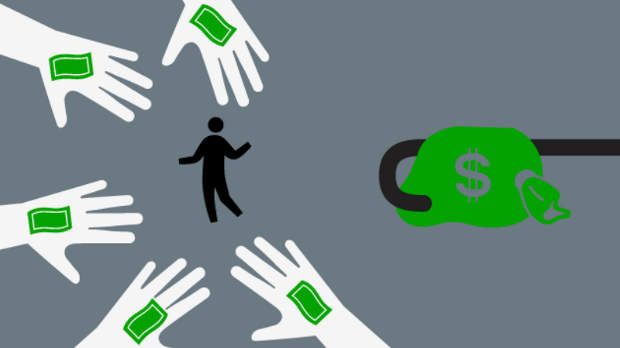 by Scott Macaulay
in Filmmaking, Financing
on Oct 23, 2012

Here’s something I’ve always wondered: why are film investments always focused on the film, not the filmmaker? In other words, why don’t investors taking a chance on a first-time filmmaker get more than just the usually non-existent returns from that debut feature? Often what hits after the debut of a first feature is not the film but the filmmaker. The movie gets bought for a modest amount and usually underperforms, often leaving the investors with some degree of loss. But, after that film, the filmmaker is, well, a filmmaker, and in a position to move on to bigger and more profitable works. Why don’t those investors, the ones who jumpstarted that career, have a piece of those more profitable works?

Okay, maybe I’m being a bit disingenuous here, because I have seen investors try to get more than a single picture. When it happens, a phalanx of lawyers descends, beating down the investor request to something like right of first refusal on a single project within a very specific — and short — window of time following that first feature. These same lawyers, along with agents and managers, sign the newly successful filmmaker and commission him or her going forward… while the equity investor of the first film is left to chase the crumbs from that initial deal.

Sometimes it all works out okay, and the investors from the first film happily roll into the next one. (And keep in mind I’m talking about the filmmaker success stories, because often it’s the investors who roll on to future ventures, leaving the filmmaker behind.)

What brought this up? A blog post by Felix Salmon at Reuters titled, “What Would Happen if Investments in People Succeeded?” Salmon has written about this before. In March, he wrote “Buying Equity in People,”, referring to the “equity in people” business as an example of dystopian satire. He writes about the funding site Upstart:

In a world where venture capitalists increasingly invest in a startup’s management team rather than in its business model or underlying idea, this makes sense. Find the entrepreneur and invest in the individual directly, thereby guaranteeing that you’ll have a stake in their success if and when they finally hit it rich on their fifth or sixth attempt.

But given the long and sordid history of VC-backed entrepreneurs, I would never advise anybody to take Upstart’s money. The legal advice alone that you would need to protect yourself would probably consume most of what you raised. And there are lots of practical reasons why accepting this kind of funding is a bad idea, too. For one thing, at least if Furst’s document, is any guide, you have to pay out not only on your income, but also on all of your other capital gains, even any inheritance you might get from family members. For another thing, you have to pay out a percentage of your gross pre-tax income, but you have to make that payment out of your post-tax income. And most importantly, it’s far from clear which if any expenses can be discounted. Let’s say you’re a self-employed entrepreneur who runs a business which makes a profit of $100,000 on gross revenues of $1,000,000. Do you have to pay out on the $1,000,000 or just on the $100,000?

Equally, I wouldn’t advise anybody to go down the buying-equity-in-people road, either. It just doesn’t smell right: there’s a whiff of indentured servitude about it, and it makes the concept of the rentier, living off someone else’s hard work, all too real. The investor is also essentially levying a tax on the individual, and I can absolutely see a successful legal defense saying that only the government has the right to levy taxes. More generally, I can’t imagine that the contract would ever be particularly enforceable.

I’ve come across versions of this idea over the years — investors who want to position themselves as managers with enforceable contracts obligating the filmmaker to surrender a portion of his income for x number of years. And I’ve responded like Salmon did above. But now Upstart(their slogan: “The Start-Up is You!”), which was in beta when Salmon wrote the March post, has launched. Here’s their pitch:

Upstart allows you to raise capital in exchange for a small portion of your future income. It’s a new and very different service, but it’s not for everybody. By becoming an upstart, you are telling the world and your backers that you want to build a compelling and worthwhile career. And you’re committed to repaying the backers who have taken a chance on you.

In Salmon’s post today, he discusses the potential of Upstart to change the business of student loans. But Upstart is targeting artists too. “Do freelance work, paint, sculpt, or write a book,” reads their site.

Is there potential here for first-time filmmakers? Instead of a Kickstarter campaign, should a tyro director sell the crowd on his long-term career? Or is the whole thing kind of skeezy? I’ll be following Upstart to see if any filmmakers decide to give it a shot.