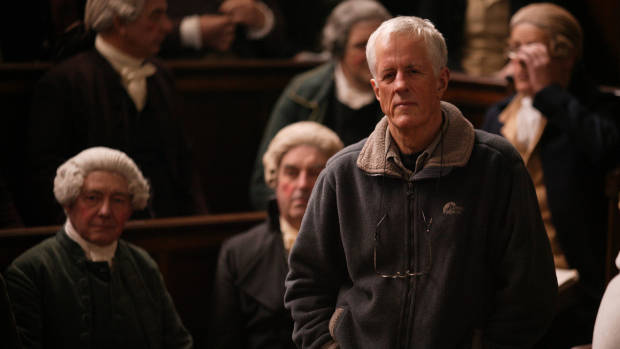 by David Licata
in Director Interviews, Directors, Interviews
on Jan 3, 2013

56 Up, Documentary, Michael Apted, Seven Up!, Up Series

The Up Series is a landmark set of documentaries looking at the circumstances of fourteen British citizens as they went about their lives. Initially commissioned as a one-off withSeven Up!, the series’ seed lies in the Jesuit motto of: “Give me the child until he is seven and I will give you the man.” What began as a study of class immobility in the UK has transformed from a political doc to an engrossing study of human nature.

Since 1964, director Michael Apted (who began as a researcher on the first entry) has reconvened with the willing participants, with 2012 seeing the “children” at ripe middle age in 56 Up. Here, Apted talks with Filmmaker about the series’ development, tone and treatment; while also shedding some light on what he’s learned from the experience.

Apted: We were slow to realize the potential of returning to film them after 7 Up, although the film had been very successful.  Once we did 7 Plus Seven, we knew we were onto a big idea, and the way forward was clear.  We kept it to 7 yearly intervals in deference to the original title.

Filmmaker: Each Up film works individually, but taken together they form a coherent whole. I wonder, when you were gearing up to do 56 Up, did you think of it as a separate entity or as another chapter in the whole, or as both?

Apted: I see each film as a separate entity and not as a simple follow up, with me asking questions that would create some sort of bogus continuity.  Eventually, of course, each film becomes another chapter.

Filmmaker: Each film seems to have a distinct theme. In 21 Up they were about to embark on adulthood and that film seemed to be about uncertainty. In 35 Up many lost their parents and that film seemed to be about grief and mortality. Since you are a little older than the subjects and have perhaps lived through some of these life events before they have, do you anticipate these themes before shooting or do you find them while you’re editing?

Apted: Each film does have its own tone and that’s a reason to treat it separately.  I absolutely don’t want to anticipate themes or guide them into predetermined territory.  I foolishly tried to play God once or twice and make predictions about the future, but that was a serious misjudgment.

The theme of 56 Up surprised me.  I thought it might be maudlin, but it turned out quite differently.  No spoiler here.

Filmmaker: If a viewer were interested in watching all of the films, what approach would you recommend, watch one every seven years? One a month? One a week?

Apted: If you buy the box set and, depending on how much free time you have, then watch them close together, perhaps 3 a week. It will give you a strong sense of continuity and also give you time to digest each chapter.  I’ve heard of some watching the whole series in less than a week, because it is compulsive, with a strong ‘need to know what happens next’.

It’s also made a little easier as each generation of the film includes pieces of the earlier ones so there are constant reminders of the history of each character.

Filmmaker: What has working on such a long-term, intricate, and intimate documentary taught you about filmmaking/human nature/yourself?

Apted: I’ve learned a lot making the films and I’ve been able to correct mistakes in approach and style as the years roll by. It’s been an education in itself figuring out how to construct the arcs of each character as the amount of material grows with each generation. I think my experience in fiction films has helped me put the stories together in a dramatic and accessible way.

I’m no different from any viewer once the film is completed and out there in the world.  I identify with some of the issues of the “Uppers” and reflect on how I’ve dealt with things like relationships, parenting and career as I listen to their stories.  It’s that connection between subjects and audience that has made the series successful.

If I‘ve learned anything from the series in the way of an overriding theme, it’s that I don’t think personality changes much.  You can see the soul and spirit of the 56 year old in the face of the child of 7.