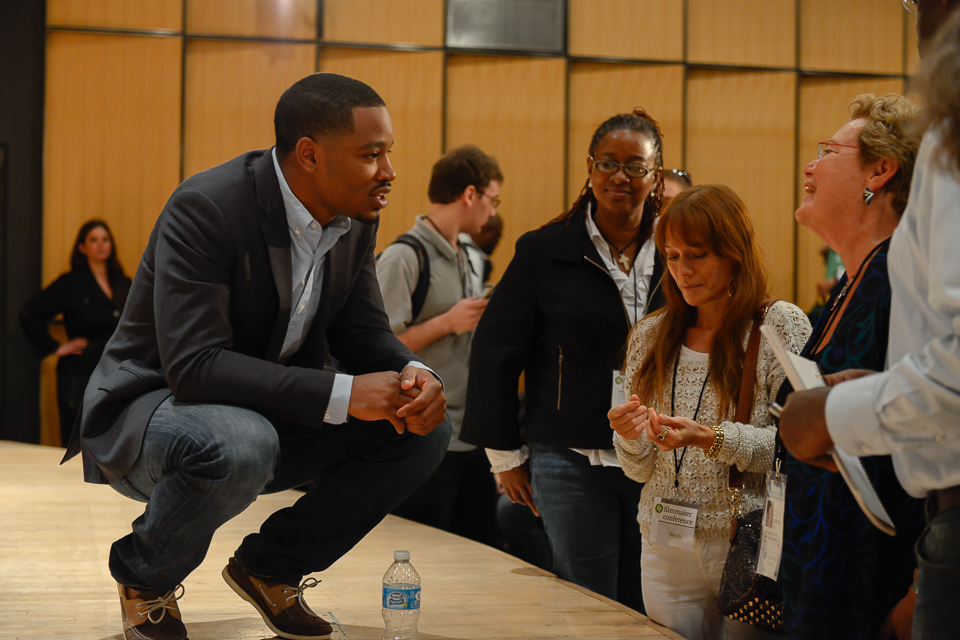 Affiliation bias aside, it’s a bit tricky to offer a succinct preview of IFP’s Filmmaker Conference during the upcoming Film Week, as all five days of programming are chock-full of essentials. The annual event runs at Lincoln Center from September 14 – 18, with panels, keynotes, pitches, case studies and roundtables from every corner of the industry. Find more than a few highlights below, and be sure to view the full schedule of offerings here.

As a filmmaker, it’s almost impossible not to take a festival rejection letter personally, but programmers weigh more than just preference, they also have to consider cohesion. Why We Picked Your Film pairs Montclair’s Tom Hall, Film Society’s Florence Almozini, SXSW’s Janet Pierson and Tribeca’s Cara Cusamano for an incisive look at the other side of the equation.

Producing Across Boarders examines the global production processes behind festival and critical hits Land Ho! and 10,000 KM, the latter of which cheated Barcelona for Los Angeles.

Frequent readers know I’m a fan of video essayist Kevin B. Lee and his always thoughtful work over at Fandor and Sight & Sound. In the 15-minute salvo Blitz Wisdom: Kevin B. Lee, the prolific critic and filmmaker will discuss his desktop documentary Transformers: The Premake.

For Keynote: Beau Willimon, the House of Cards showrunner will discuss his pioneering work for Netflix and upcoming documentaries.

Crossing the Lens: Getting Too Close To Your Subject examines the fine line between a filmmaker and the person she’s portraying. Acclaimed documentarians Doug Block, Darius Clark Monroe, Marshall Curry, Tracy Droz Tragos, and Laura Checkoway all weigh in.

Last week, I ran piece on Aggregate’s survey of True/False filmmakers and the potential for social impact in their work. As luck would have it, Measuring Your Doc’s Impact is an extensive exploration of that very subject, with participants Dan Cogan, Brenda Coughlin, Debika Shome, and Orna Yarmut weighing in.

With Blitz Wisdom: Robert Greene, the documentary renaissance man will talk about the endless options the medium affords.

And YOU Get a Doc Series! looks at the increasing relevance of documentaries in broadcast and online journalism, with representatives from Condé Nast, The New York Times and ESPN.

Hope for Film sees stalwarts Ted Hope and Marc Schiller teaming up to discuss the latter’s new book and the state of independent cinema.

In “The Untitled Web Comedy” Panel, the filmmaking teams behind High Maintenance and Be Here Now-ish talk the once uncharted territory of the World Wide Web, a particularly pertinent topic now that Film Week’s Project Forum accepts web series scripts.

Getting Paid: How Filmmakers Make a Career tackles the always hot button issue in the age of content supersaturation.

With Wrapping Your Brain Around Marketing, Ryan Werner and RJ Millard will breakdown the essential phase of distribution for grassroots filmmakers who need it most.

Arianna Bocco, Ward Emling, John Hadity and Filmmaker‘s own Alicia Van Couvering talk what to do once your script is completed in What’s $exy About Film Financing.

September 17: Future Forward with Made in NY Media Center by IFP

With Case Study:Futurestates, ITVS plunges into transmedia with an interactive adaptation of the popular anthology sci-fi series.

Speaking of maintaining a career as a filmmaker, Barry Jenkins quickly discovered that despite its connotations, branded content is not a bad place to be. He joins reps from The New York Times, Edelman Digital and Ghost Robot to discuss how to keep content sustainable with Branded Content: Breaking In Without Selling Out.

Hear about the soon to be released Oculus Rift, the virtual reality headset, from Oculus’s Director of Film & Media in Keynote: Eugene Chung.

Meanwhile, Sundance Institute’s #ArtistServices Workshop takes over with How To Win Fans and Influence People, Direct to Fans: The Art of the Bundle, Everything You Wanted To Know About Digital Deliverables (But Were Afraid to Ask) and much more.