Cannes 2013: Farhadi’s The Past and Desplechin’s Jimmy P: Psychotherapy of a Plains Indian 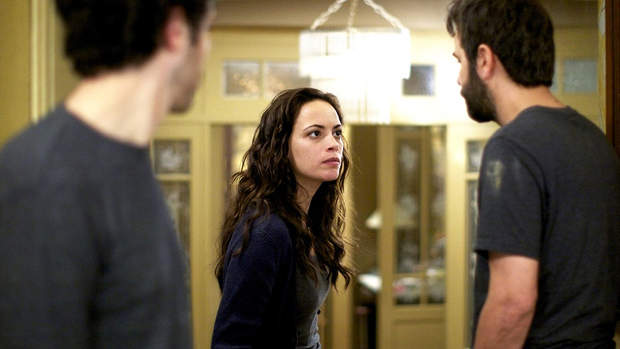 Given that James Franco’s adaptation of William Faulkner’s As I Lay Dying will be playing at this year’s Cannes, it seems appropriate to recall one of the novelist’s most famous quotations when thinking about two of the festival’s more memorable films. Reflecting on the conflicts over race and national identity that tore apart the deep south where he lived, Faulkner wrote in Requiem for a Nun, “the past isn’t dead, it isn’t even past.” This persistence of the past — how it can haunt us in myriad ways — is central to two of the more powerful films at this year’s festival.

Ashgar Farhadi followed up his powerful Oscar-winning 2011 film, A Separation, with a superficially similar project, Le Passe (The Past), which focuses on a married couple, Ahmad and Marie, who have been separated for several years and are now arranging their divorce. Ahmad, who is Iranian, has flown in from Tehran to Paris for the divorce proceedings, and the couple’s emotional separation is suggested from the very opening shot, in which they are separated by a glass partition that prevents them from communicating, a theme that seems to return throughout the film as ambient sounds — rainstorms, trains, and cars — seem to disrupt communication at crucial moments.

Upon returning, Ahmad discovers the changes to Marie’s life. She has taken up with another man, Samir, who is also Iranian and bears a strong resemblance to Ahmad — and whose wife is in a coma after she attempted suicide, presumably in response to discovering that Samir was having an affair. Marie’s daughter, Lucie, has been staying out late at night, and Marie hopes that Ahmad can talk to her to find out why. Gradually, these conversations begin to lead us back to a traumatic incident that sprawls through the two families, requiring Ahmad to unravel a knot of miscommunications and deceptions that have kept the family from healing.

Farhadi relates this narrative with a deft hand, revealing information about the characters and their histories in bits and pieces as moments of the past resonate with others. Underlying these family dynamics is the larger issue of culture: Ahmad and Samir are Iranian, and one of Samir’s employees, who is in France illegally, makes a devastating choice, in part to protect herself from being deported.  The Past seems to conclude that in some cases, we are better off moving on from those events that haunt us, even if that seems like an impossibility. At one point during the film, Samir states, “We have to forget the past.” When asked if that’s even possible, he replies, somewhat wistfully, “I don’t know. It should be.” 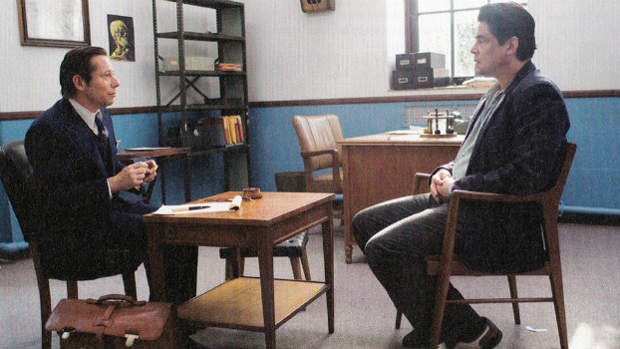 Exploring this idea of a haunted past from a much different perspective, Arnaud Desplechin’s Jimmy P.: Psychotherapy of a Plains Indian, tells the story of a World War II veteran, Jimmy Picard (Benicio Del Toro), a Native American Blackfoot who fought in France and suffers from devastating headaches that have the power to paralyze him in pain. Eventually Jimmy is admitted to a military hospital in Topeka, Kansas, where he is initially treated by the dominant forms of psychoanalysis of the late 1940s. As an almost last ditch effort, one of the hospital’s doctors brings in a French anthropologist, Georges Devereaux (Mathieu Amalric), who has a special interest in the customs and language of Native Americans.

In large part because of his knowledge of Native American customs and language, Devereaux is able gain a rapport with Jimmy, asking questions and helping him to delve into his dreams, which seem to have both psychological relevance and in some cases, almost predictive power. Unlike many other films that depict a character working through a traumatic incident, Jimmy P. seems less concerned with the trauma itself than with the unlikely friendship that develops between the two men and the experimental work that Devereaux is doing. Early in the film, Devereaux is depicted as something of an outsider: he is slightly effeminate and anarchic, filled with an offbeat energy that casts him as something of a rebellious soul. Initially his ideas are rejected by professional psychological organizations, and the hospital doctors seem reluctant to take him on as an official employee.

But as Devereaux digs deeper, he is able to dig beyond the most obvious explanations for Jimmy’s trauma, affirming the anthropologist’s somewhat eccentric and controversial approach, leaving Jimmy able to understand—and in some sense move beyond—his past.

Both films offer powerful reflections on the role of the past in shaping the present. The Past depicts Ahmed’s attempt to both make sense of the past and then to “forget” it,  while Jimmy P. uses a slightly more offbeat approach in depicting one individual’s eccentric approach to delving into traumatic memories through a method that recognizes this material is at once individual and cultural.