How to Do a Festival Q&A 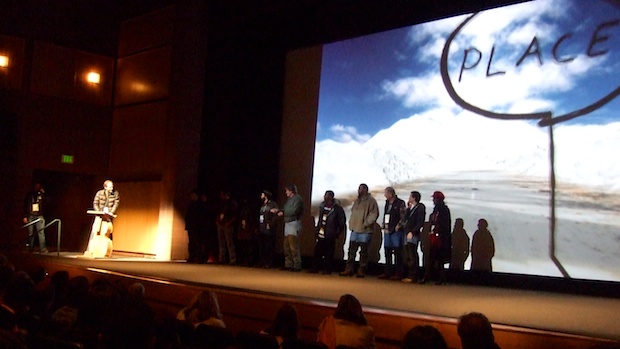 The credits roll, there is applause, and not too many people walked out. The festival premiere of your debut film is over. You relax, a year’s worth of stress magically departing your body. Sure, there will be tough times ahead; distribution is difficult. But, for the moment, you congratulate yourself on a job well done.

But don’t relax too much, warn a trio of festival heads. Your next big job as a director looms sooner than you think. The audience Q&A you’ll lead in just a minute or two is surprisingly important when it comes to your film’s future life. A great Q&A can leave your audience with good vibes that translate into strong word-of-mouth beyond the festival. Devastatingly, a bad after-film discussion can do just the opposite.

“The secret magic of film festivals is that they offer audiences direct communication with the artist,” says Sundance Film Festival Director of Programming Trevor Groth. “You can definitely elevate the impact of your screening by the way you introduce the film and handle the Q&A.” Explains True/False Co-Director and Co-Founder David Wilson, “A great Q&A can really guide your audience, making them feel better about your film and have a clearer understanding of your intentions in making it. And a bad one can hurt that initial buzz that all films depend on at festivals.” “Having access to you, the director, is what makes festivals special for audiences,” agrees SXSW Film Festival Producer Janet Pierson. “And the Q&A will affect how audiences interact with your work and how they’ll talk about it later.”

So how can directors ensure that their festival Q&As are as charming, thoughtful and inspiring as possible? Following are tips from these veterans, inspired by having witnessed hundreds of such postscreening sessions over the years.