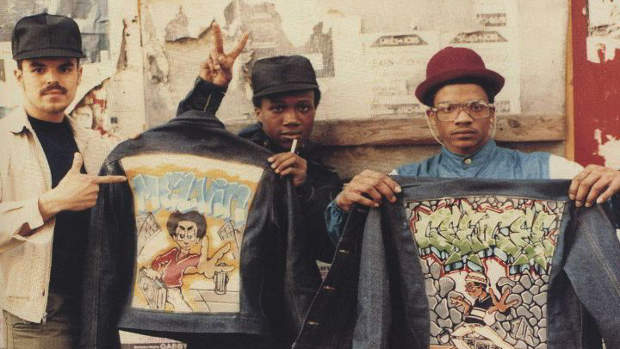 by Billy Brennan
in Directors, Interviews
on Jan 25, 2013

When she graduated from college in 1988, Kelly Anderson (director of My Brooklyn) had her heart set on moving to New York City and immersing herself in the independent documentary world. Working with the Association for Independent Video and Filmmakers (AIVF) provided a great springboard for contacts, but not much in terms of paying the bills. Pairing the practical obligations of a recent NYC transplant with a draw towards the progressive and activist attitudes that permeated neighborhoods like Park Slope at the time, Anderson moved to Brooklyn and immediately embraced the diverse lifestyle of its communities.

What would become My Brooklyn had its roots in a short film entitled Someplace Like Home. Made with Allison Lirish Dean, producer of My Brooklyn, as a work-for-hire for FUREE (Families United for Racial and Economic Equality), the short spurred the idea in the two filmmakers that a more expansive film was in order; one that would place the Downtown Brooklyn story in the context of the surrounding neighborhoods, as well as in a historical context. While it took four more years to weave the tale that they believed needed telling, the depth and longevity allowed My Brooklyn to utilize the full scope of the Fulton Mall rezoning as a touchstone upon which to base the themes of diversity, gentrification and ethnography.

Filmmaker spoke to Anderson about the changes she has witnessed in Brooklyn, the attitudes of current inhabitants and the outlook for its future. My Brooklyn will be screening at the ReRun Theater in Brooklyn starting January 25.

Filmmaker: How does Brooklyn 2013 compare to Brooklyn 1988 in your eyes?

Anderson: It’s a completely different place. The influx of newcomers has brought reinvestment that has been good in many ways, but there has also been a significant demographic change. Brownstone Brooklyn is whiter and a lot wealthier than it was. Fort Greene and Clinton Hill, where I lived from 1999 to 2009, were two of the nation’s top ten gentrifying neighborhoods during that period. This was obvious to anyone living there – I was one of the only white people living in my Ft. Greene apartment building in 1999, and by the time I left there were hardly any people of color at all. If the demographic change was simply, as some argue, increasing diversity in a formerly all-black neighborhood, this might be a positive sign of a re-integrating city. Unfortunately there has been a huge amount of displacement because city policy has weakened or failed to implement policies that would stabilize rents and protect small business owners. Ultimately, I fear central Brooklyn will end up being a wealthy, if somewhat racially diverse, neighborhood that lacks much of the sense of community, and the eclectic urban fabric, that drew many people like me here in the first place.

Filmmaker: How have your feelings about gentrification changed over the course of the project? Is the debate over gentrification just the surface symptom of a still gaping racial/socio-economic divide?

Anderson: I learned that there’s no point feeling guilty or paralyzed by the impact I am having by moving into a majority people-of-color neighborhood. It’s much more important to understand the hidden players and policies stacking the deck against regular people, and to get involved in whatever neighborhood I’m living in to try and protect what diversity exists; to make it a stable neighborhood where people can put down roots and stay there if they choose to. That said, I think it’s very important for newcomers to be what historian Craig Wilder from the film calls “good citizens,” which means adapting to the place you live, and getting to know the people and institutions that are there, instead of putting on blinders, ignoring the people that are there, and trying to shape it to meet your own needs.

I believe the reshaping of New York City along race and class lines is part of a larger trend that includes a massive redistribution of wealth upwards in this country. It’s not actually debatable — New York City has more inequality than it did before, and it’s growing. It’s the same general set of issues the Occupy movement is trying to address, and it impacts health care, education, and so much more. That said, gentrification and land use are good places to engage people in the specifics because everybody has to live somewhere, and we all have strong feelings about what kind of city, and neighborhoods, we want to live in.

Filmmaker:  How did the people in your neighborhood, and surrounding areas, view you as you approached them about the film?

Anderson: The groundwork for the filming at Fulton Mall was done by Allison, during an ethnographic study she did for the Pratt Institute for Community Development prior to the city’s 2004 rezoning. She had already built relationships with the business owners down there, and some people who hung out down there, so we weren’t approaching them cold. That helped a lot because there was an element of trust already there. White gentrifiers fell into two camps — there were a bunch who thought Fulton Mall was “crappy” and left a lot to be desired, and they had no problem saying it because they felt it was a universal perception (if I can put thoughts in their heads!). White people who were more concerned about gentrification and their impact on their communities were, like us, hungry for an analysis that would allow them feel less paralyzed and to act.

Another interesting group of people were newer arrivals to Brooklyn who were African American, like Co-Producer Lisa Willis. While they might not like the retail at Fulton Mall, they didn’t want it to be wiped away, and they never talked about it with the kind of disdain a lot of white people expressed. It was an incredibly interesting and varied conversation — one that we tried hard capture in the film. But there was more common ground than we realized, and everybody was quite open about talking with us.

Filmmaker: Why is the Fulton Mall such a crucial cultural hub in Brooklyn?

Anderson: I don’t know that it is any more. I have asked many people why Fulton Mall played such an important role in the emergence of hip hop music, fashion and culture more generally. Often they talk about how “everybody from all over Brooklyn” would go there after school to socialize, hang out and flirt. It was a social hub as well as a place to shop. These days, while a lot of black people shop at GAP and Aeropostale, there isn’t the same level of “hanging out” going on there. I’ve heard people talk about how the police are much more aggressive about keeping people moving, to discourage “loitering.” It’s part of how spaces get “cleaned up” and made comfortable for tourists and a more upscale demographic. It does make me wonder how much cultural vibrancy New York City will ultimately retain if all our public spaces become corporatized and look like Times Square.Fulton Mall was also a place where generations of people shopped – almost everybody who was in Brooklyn during the 1960’s and 70’s remembers going to Fulton Mall with their grandparents, their parents, and now many go with their children. It’s that ability to be rooted, to frequent the same places over time, that allows relationships to build and a kind of public culture to flourish.

Filmmaker: How important was Craig Wilder’s contribution to the shaping of the final product?

Anderson: It was extremely important. Allison and I first sought out Craig because we were trying to understand how Fulton Mall became a “black” space. What we found out was that what’s happening today is just a new chapter in an old story: the ways banks and real estate developers hijack public policy to make huge profits reshaping neighborhoods. The reality I think we all need to wrestle with is how African Americans communities in particular have been devastated by these cycles repeatedly, and how others of us have benefited from that devastation. It’s something we all need to do our best to rectify.