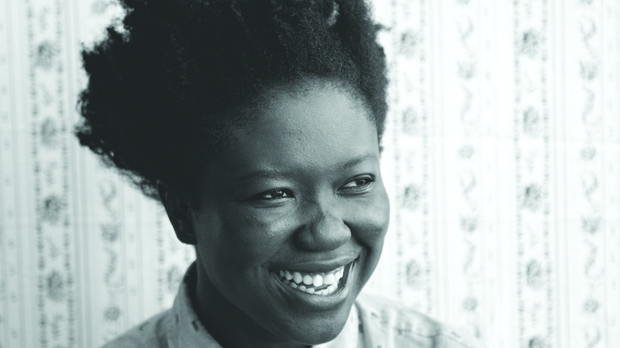 Click on New York-based writer/director Frances Bodomo’s Tumblr and, alluding to her peripatetic childhood, you’ll find a listing of languages spoken: “English, Dagaare, Twi, Mandarin, German, (some) French, (some) Norwegian.” Born in Ghana to educator parents (dad teaches linguistics, mom English literature), Bodomo also lived in Norway and Hong Kong before undergraduate studies at Columbia University and then New York University Graduate Film School. “I feel like I got into film because I come from so many places,” Bodomo says. “Language barriers have always been an issue. But images, they are universal. They are clear, emotional and about the inarticulable, and that’s the level we live at experientially.”

Bodomo’s first short, Boneshaker, made the festival rounds in 2013. It tells the tale of an Ghanaian family in the American South looking to a Louisiana church to “cure” their problem child. “In Ghana’s evangelical community, if something is wrong with you, they take you to church and pray to get rid of the evil spirit,” Bodomo explains. “I wanted to explore [in Boneshaker] what it is like to be a migrant — trying to hold onto this dream of Africa that has been lost.” Her following short, Afronauts — which she’s now turning into a feature — is an even bolder success, a hallucinatory fusion of history, science, political critique, and imaginative fantasy. Inspired by a true story, it’s about the short-lived Zambia space program, that African country’s real attempt to beat the U.S. into outer space. On the eve of the Apollo 11 launch, a young albino girl — played by model Diandra Forrest — trains for her moon shot, aware that she may be sacrificing herself to sustain family pride and a national dream.

“I heard about the real Afronauts, and for me it was a wonderful story from this era of moon fever — how imagination is boundless and doesn’t need to be tethered to possibility,” Bodomo says. Researching the story, she learned the would-be spacemen never launched. “They just dissipated into the blind spot of history. That made [the story] much more exciting for me because it’s only accessible through imagination, emotion, desire, and interior life.”

Bodomo heads to Talent Campus Durban in July to start putting the feature together and is aware of her project’s crazy ambition. “People often ask me, ‘You want to shoot your first feature on the African continent without an infrastructure?’” she laughs. “People are already doing it. I’d rather be in a space where I’m pushing myself to adventure then making something that’s ‘doable.’ Even when I’m on set, I don’t like getting exactly what I thought when I wrote the script. You know you’re ‘getting it’ when you’re surprised by your actors or the way the shots are coming through. There’s something there, something that’s alive.” — Scott Macaulay

(Note: this piece was edited after publication for clarity.)