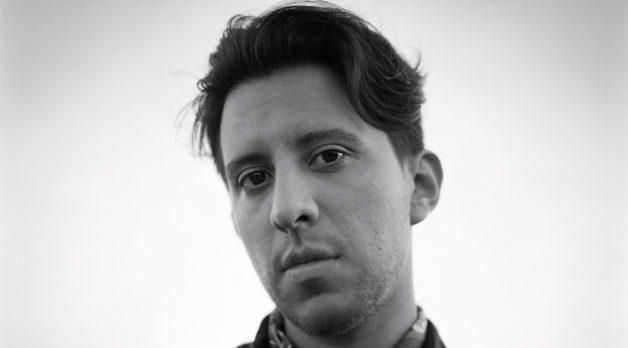 Jorge Sistos was sitting in a New Jersey McDonald’s when inspiration struck for his most recent short, In Freedom, currently in post-production. While pursuing an MFA in directing at NYU (he obtained his degree in 2021), he regularly commuted to Manhattan from humble Garden State digs. After one of these NJ Transit bus rides, he was hankering for a midnight snack of Chicken McNuggets. As he ate, he noticed a middle-aged couple with two toddlers at a nearby table, engaging in a teary phone call in Spanish. As he eavesdropped, the details of their difficult situation became clear: They were discussing how to get their recently deported children back to the tri-state area from Guatemala to reunite them with the infants they were forced to leave behind.

“I think this is an important topic, and it can include perspectives that don’t necessarily need to be told through the border,” Sistos says. In Freedom does just that, using the devastating real-world scenario that the writer-director observed as a narrative jumping-off point. The short begins with a Guatemalan woman, María (Mónica Del Carmen), walking back to her Brooklyn abode after a long day’s work for under-the-table wages. As she makes her way home, however, she notices a cop car on her tail. It comes to a halt right beside her, and the officer asks for directions to a nearby address. Unnerved, she answers, then rushes home to her husband Saúl (Leonardo Alonso) and their granddaughter. Nearly inconsolable, María becomes convinced that ICE will descend on their house at any moment. Saúl comforts her, and after placing an order for chicken sandwiches and talking on the phone with their reluctant-to-return children in Guatemala, her mind is successfully taken elsewhere—until a forceful knock echoes from the back door, resulting in an evening of frenzied panic.

Born and raised in Morelia, Mexico, Sistos wasn’t sure whether this story was necessarily his to tell. (“People could say, ‘You’re not an undocumented immigrant,’ but many of these people cannot tell their own stories.”) But the filmmaker has already demonstrated a knack for constructing fleshed-out, compelling narratives that don’t necessarily speak to his own lived experiences. His 2019 short, La oscuridad (The Darkness), eerily depicts the aftermath of one woman’s rape and murder, her vengeful spirit emerging from a watery grave. The film screened at multiple festivals to acclaim, including Mórbido in Mexico, Fantasia in Montreal and International Critics’ Week at Cannes.

Evident within his ongoing filmic practice is a fascination with genre conventions, deployed politically in his two most recent shorts. While In Freedom doesn’t lean into overt horror, it exudes suspense with the intention of relaying the terrifying reality of being undocumented in the United States, the threat of violent deportation eternally looming. “I thought the concept for In Freedom would work well in America, just in relation to crime and private property,” he said. “In films like Scream, the fear is all about someone entering your space.”

With its folkloric slant that channels the Latin American myth of La Llorona, La oscuridad addresses Mexico’s national femicide epidemic. Filmed in the director’s hometown, it marks his first cinematic homecoming since he moved to the United States for graduate school. “When I returned to Mexico, my nostalgia was completely broken,” he says of his brief bout of homesickness while attending NYU. “In five minutes, it was gone.”

Sistos’s next project (and feature debut) is poised to be shot in Mexico. Titled La ausencia (The Absence), it’s a 16th century period horror film that mines from the Indigenous traditions of Sistos’s native region while simultaneously commenting upon the continued reverence for Catholicism that grips much of the broader Mexican population. “We cannot deny that Indigenous knowledge and language continues to be erased because of colonialism,” says Sistos. With the script completed, the filmmaker is currently seeking funding to begin production—he hopes by the end of 2023.

Sistos attributes his interest in the bleak horrors of the human experience to his Mexican upbringing (“In my hometown, we have the war on drugs and ​​narcotráficos, so I think that it’s difficult for me to not make things very dark”), as well as his formative undergraduate studies in philosophy at Universidad Michoacana de San Nicolás de Hidalgo. “Philosophy gave me critical thinking skills I can apply toward power dynamics and their dark narratives,” he says. “I need to embrace that.”—NK/photo by Art Parnitudom