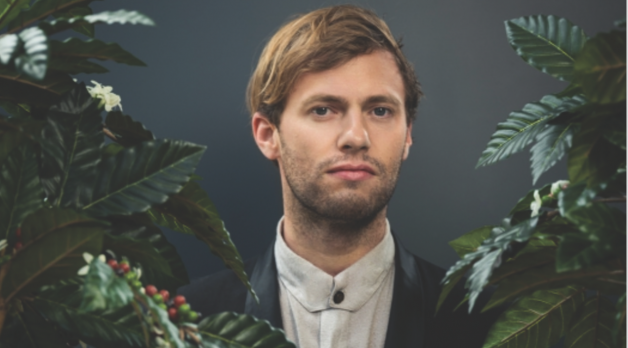 Seattle-born writer/director Sam Kuhn’s early professional work in film was making skateboarding and snowboarding videos. “I’d be hired to go out to the Olympic Peninsula, sleep in a yurt and go out on snowmobiles,” he says. “I only did it for three or four years, and the first guy who hired me died in an avalanche. You’d find yourself in scenarios like that — out of nowhere there’d be a dangerous situation, and someone would get hurt.”

Menace and what he calls “metaphysical uncertainly” drape over Kuhn’s breakthrough short film, Möbius, which received a prestigious premiere at this year’s Critics’ Week section of the Cannes Film Festival. Shot in gorgeous 35mm, the seductively atmospheric, brain-scrambling short is set in and around a high school as a teen poet (a coolly captivating Caley Jones) processes the death of her boyfriend. “It’s about the idea of paradox taken in an abstract form,” says Kuhn, “paradox as a Möbius that has a single side. One question I get about the short is whether she kills her boyfriend or he commits suicide, and that’s one of its ambiguities. Depending on how you answer the question, you get a completely different answer as to what the story is about.”

The initial seeds of Möbius were as a short film based on several songs from the Canadian band, Here We Go Magic. “But then the band backed out, so we raised our own money and made our movie,” Kuhn says.

Möbius had been rejected from multiple American festivals before its Cannes selection. “I thought maybe it was too weird, or that I had made a bad movie, in that people were struggling to figure out what I had done,” Kuhn says. Needless to say, the Cannes premiere “totally reframed the reception. People have been way more willing to watch it a couple of times.” (Kuhn guest-blogged his Cannes adventures with a magical Black Rock stone earlier this year for Filmmaker.)

As for influences on Möbius, Kuhn cites Kubrick, Weir and Kieślowski, whose “way of threading metaphysics into daily life stories” he admires. Those are a completely different set of comps than you’d apply to Finding Truelove, a kind of film maudit that is Kuhn’s actual first feature, made after he studied humanities at Willamette University in Salem, Ore. Premiered at Hot Docs in 2012, it’s a doc about three friends who buy a 1990s high school yearbook at a Value Village and decide to crash that class’s 20th reunion, all in search of a “feather-banged mystery man” named Timothy Truelove. Because of the reunion scenes, the film is full of unclearable music — “lots of Phil Collins,” says Kuhn. The sales agent would email Kuhn, saying, “‘We’re trying to get it in front of Judd Apatow,’ but eventually I just put it up on YouTube.” Following Cannes, Kuhn signed with Three Arts and also stayed in France for a few weeks meeting producers. “I’m not going to have to go it alone next time,” he says. His new film? “It’s called Wildflowers of the Pacific Northwest, and it’s a metaphysical airplane movie about a female drifter who meets a new friend and together they build a wind-powered plane.” — SM