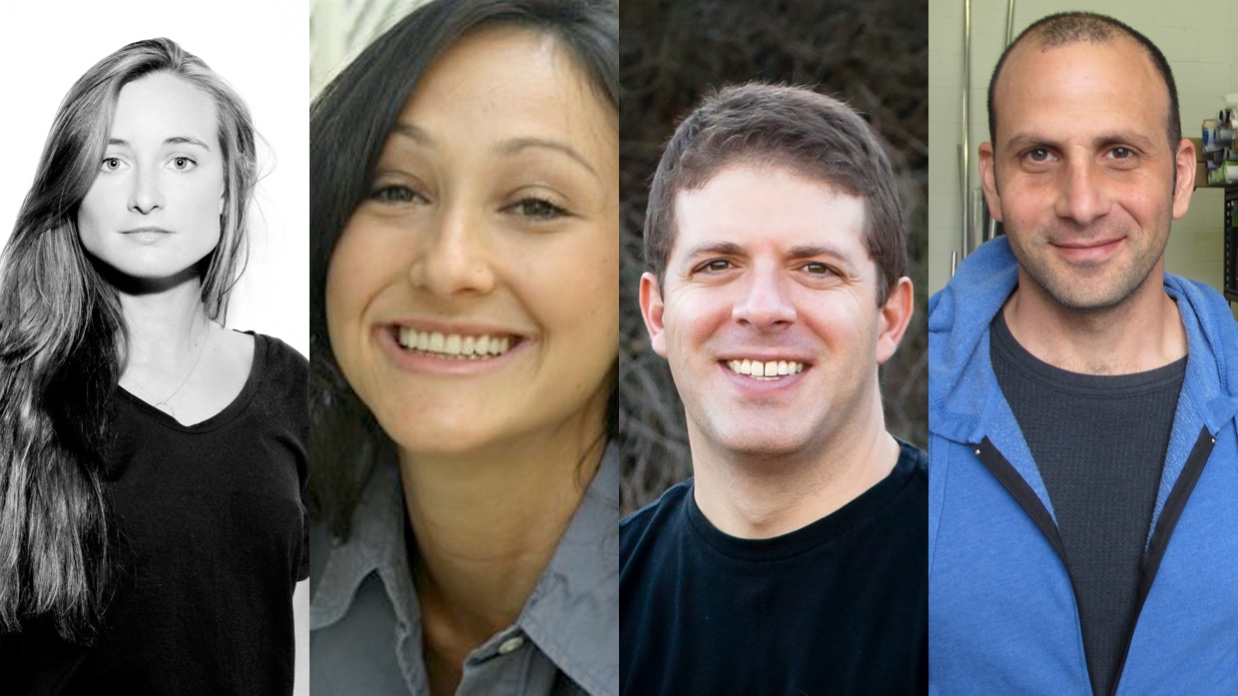 A multi-layered biography of Alexander Graham Bell that explores not only the invention of the telephone but Bell’s work with eugenics and a thriller about industrial hacking are the two projects receiving Sloan Science in Cinema Fellowships from SFFFILM. SFFILM, the parent organization of the San Francisco International Film Festival, awards these grants — funded by the Alfred P. Sloan Foundation — biannually and will provide each filmmaking team with script development support, a $35,000 cash grant and a two-month residency at FilmHouse, SFFILM’s suite of production offices for local and visiting independent filmmakers. Filmmakers will be connected with scientific advisors drawn from their scripts’ fields of interest as well as leaders from the Bay Area science and tech communities. Other support includes connections with producers, casting agents and financiers.

“We greatly value the partnership with the Alfred P. Sloan Foundation to support narrative filmmakers with science-related projects in development,” said SFFILM Director of Artist Development Caroline von Kühn in a press release. “With so many significant leaders in science and technology right here in our back yard in the Bay Area, we have a great opportunity to bring that talent into play to deepen these projects at this crucial early stage. Both Bell and Dark Web have first time narrative writer/director teams whose commitment to story and integrity to the sciences represent the type of work we intend to come through this program.”

“We are delighted to partner with SFFILM in awarding these two Sloan Science in Cinema Fellowships to Bell and Dark Web, two outstanding scripts about the role of technology in society, one from the 19th century and one that is totally contemporary,” continued Doron Weber, Vice President and Program Director at the Alfred P. Sloan Foundation. “In a year that saw two successful Sloan-supported projects about female scientists and engineers — Hidden Figures and Bombshell: The Hedy Lamar Story — we are especially pleased that Bell, recipient of a previous Sloan grant, is written by two women and re-examines a great man of science through the lens of the key women in his life.”

From the press release, information about the filmmakers and their projects is below:

Bell, Darcy Brislin and Dyana Winkler, co-writers. From the controversy surrounding his invention of the telephone to his lesser-known work with eugenics, this is the untold story of famed inventor Alexander Graham Bell, whose love for his deaf wife changed the course of history, both for the better and for the worse.

Currently based in Los Angeles, Darcy Brislin is a freelance writer and producer. She is the recipient of a number of fellowships, including the 2016 Sundance/Sloan Commissioning Grant, the 2017 Sundance Screenwriting Lab, the Kenyon Playwrights Conference and the 20/20/20 Killer Films Residency lead by Christine Vachon and Pamela Koffler. Her feature screenplay Crown Chasers is in development at UTA, with Maria Bello attached to produce. She is currently assisting director Ondi Timoner on the production of Mapplethorpe, a biopic about the acclaimed photographer, starring Matt Smith and John Benjamin Hickey.

Dyana Winkler is a freelance filmmaker who produces, directs, shoots, edits and writes for hire in Brooklyn, NY. Clients include JP Morgan Chase, Under Armour, the US Open, Outside Television, TV on the Radio, and more. Her most recent fiction screenplay, Bell, was awarded the 2016 Sundance/Sloan Commissioning grant and participated in the 2017 Sundance Screenwriter’s Lab. Her first feature-length documentary, United Skates, is currently in postproduction and has received awards from the Sundance Institute, IFP, Chicken & Egg Pictures, Film Independent, The Fledgling Fund, New York State Council on the Arts and California Humanities.

“We’re thrilled to complete the writing process of Bell with the support and guidance of the Alfred P. Sloan Foundation and SFFILM,” said Brislin and Winkler in a statement. “We couldn’t think of a more inspiring community than San Francisco, as it has both creativity and technology at its heart.”

Dark Web Mark Eaton and Ron Najor, co-writers. In Dark Web, an IT specialist is forced to go off the grid in order to stay alive after she is manipulated into hacking and exploiting a large software company.   Mark Eaton is a writer and director who got his start creating imaginative Super 8mm short films. He has written and directed commercials and music videos for a number of artists and brands including Blink-182, Tom DeLonge, Angels & Airwaves, Against Me, Good Old War, Macbeth Footwear, and James Coffee Co., bringing a careful balance of spirit and design to their collaborations. Eaton’s passion for visual narratives continued, directing the feature documentary Start the Machine and producing the independent sci-fi feature film Love. His feature script Dark Web was selected to be part of the Film Independent Screenwriting Labs in 2016.

Ron Najor’s first production was the feature film I Am Not a Hipster, which was an official selection of the Sundance Film Festival in 2012. He next produced the film Short Term 12, which won both the Grand Jury Prize and the Audience Award at SXSW in 2013. The film appeared on over 30 top-ten lists in 2013 and garnered a Gotham Award for Best Actress for Brie Larson and a Film Independent Spirit Award for Best Editing. Najor feature script Dark Web was selected to be part of the Film Independent Screenwriting Labs in 2016.

“We are thrilled that our script for Dark Web has been selected for the SFFILM Sloan Science in Cinema Filmmaker Fellowship, especially during this crucial time in the project’s development,” said Eaton and Najor in a statement. “As Dark Web is a technology-based story set in the Bay Area, the opportunity to further the project while living and working there will be invaluable to us.”