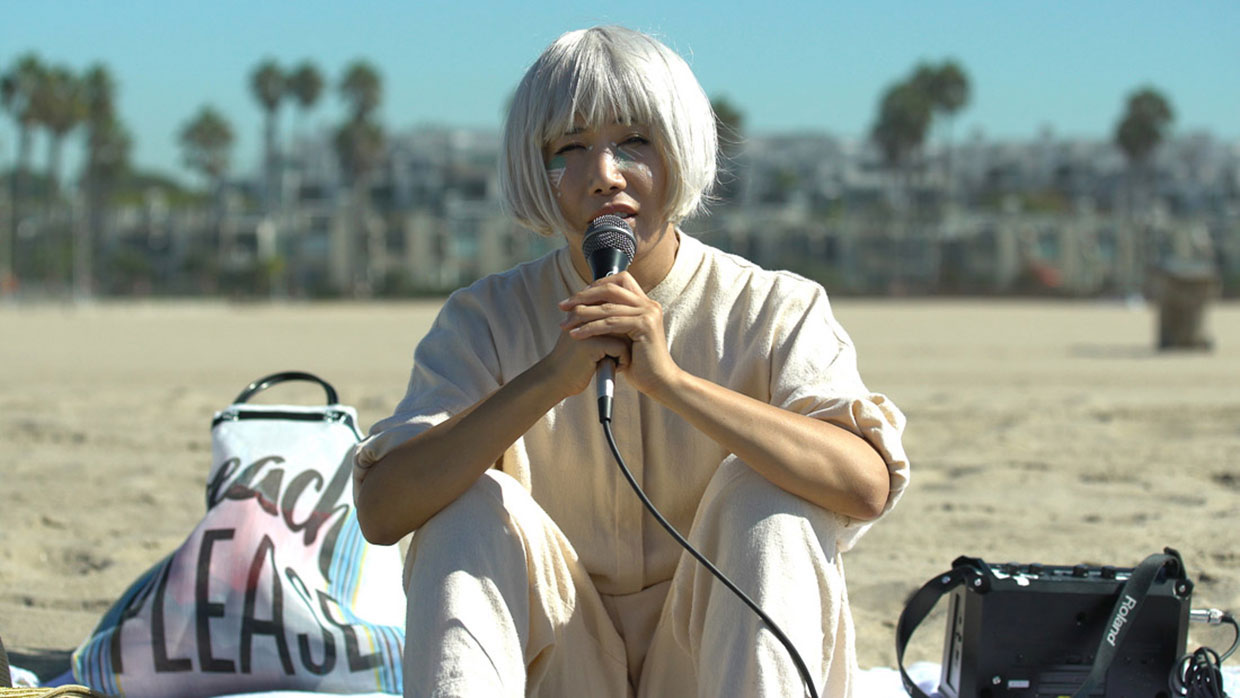 Chaos was our mantra for White Rabbit. We decided early on we wanted to embrace the unknown. To literally and figuratively go down a rabbit hole. This meant, that even though we knew the basis for our story, which was an exploration of Asian American identity, LGBTQ issues and female gender dynamics, anything was possible. Invention and re-invention were encouraged at every turn. Our goal was to capture a feeling of impermanence through the lenses of two vibrant and idiosyncratic women. The process mirrored the desire. It was all about not knowing but still kind of knowing. Because that is what it is to be an artist. To believe that these beautiful moments will just naturally arise from trust in each other when you decide to veer off course. We spent the shoot chasing an energy. Letting the universe guide us down the right or wrong path. The lead character is a street shaman searching for meaning. Trying to make a dent and connect with people. If something didn’t work while filming, we just went in a new direction without feeling too defeated. It was a life lesson, honestly. To allow your intuition to guide you. To not become too cerebral. But also not give in too far to impulsivity. The destabilizing effects of our political climate were not ignored. We channeled our rage and emotions into the work to elevate a story about a marginalized history and a woman trying to find her place in the world.