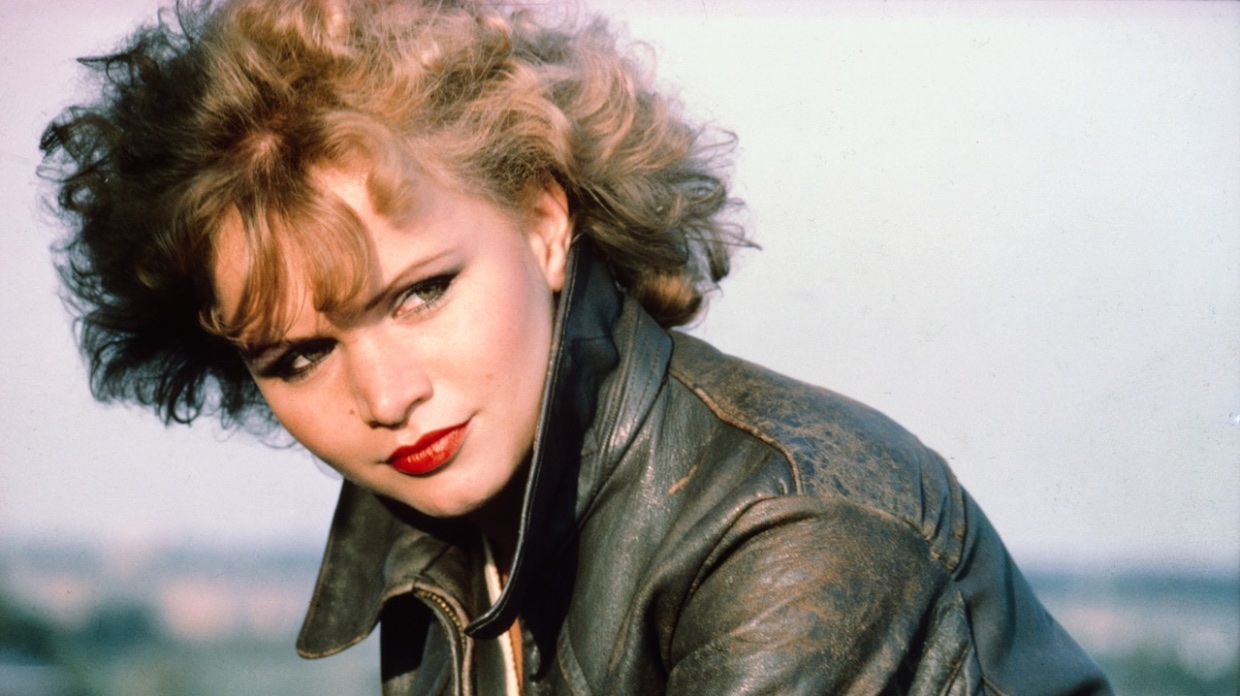 For nearly as long as Hollywood has been making movies they’ve been making sequels, and for most of that time journalists and critics have grumbled about the studios’ lack of originality; yet there’s an honorable tradition of filmmakers using the perceived economic insurance of sequels to create some of the riskiest and most personal films ever to come out of Hollywood. Francis Coppola’s The Godfather Part II, John Boorman’s The Exorcist II: The Heretic, Peter Bogdanovich’s Texasville, Joe Dante’s Gremlins 2 and Jack Nicholson’s commercially disastrous but artistically triumphant Chinatown sequel The Two Jakes are all films that either greatly deepened and expanded upon their predecessors’ mythologies or jettisoned them entirely in favor of something more idiosyncratic, audacious, and complex than not only the original films but just about anything getting released by major Hollywood studios. This week sees the Blu-ray release of an experiment that was probably only possible as a sequel yet which failed with critics and the public precisely because it was a sequel — the expectations set up by its title were too aggressively thwarted by the filmmakers for it to ever get a fair shot.

The movie is writer-director B.W.L. Norton’s 1979 sequel to American Graffiti, the appropriately — or maybe not so appropriately — titled More American Graffiti. George Lucas had no interest in making a sequel to his wildly popular 1973 exercise in nostalgia, but when the Universal suits made it clear that they were going to go forward with or without him he figured it would be an easy enough way to burn off his contractual obligation to make another film for the studio. More importantly, coming off of Star Wars Lucas was in a position to make pretty much whatever the hell film he wanted and the studio would leave him alone — his status as a commercial filmmaker was so secure he probably could have turned in 90 minutes of black leader with American Graffiti in the title and Universal would have let him get away with it. Lucas brought Norton in to write and direct but exerted considerable control over the picture’s creation and came up with its boldest stylistic conceit: instead of the criss-crossing ensemble stories of the original, More American Graffiti would tell four parallel tales on four separate New Year’s Eves, each one using a totally different visual language. Lucas and Norton got around the key problem with making a sequel to American Graffiti — the fact that the original film ended with a title crawl informing the audience of the ultimate fates of all the characters — by generating all of the energy in the form rather than the content.

Thus More American Graffiti mashes up a 16mm documentary-style treatment of the Vietnam War in a 1.33:1 aspect ratio with vivid psychedelic split screens reflecting both the vibrancy and fractured quality of 1966 San Francisco, a 1.85:1 depiction of 1967 protest movements shot with long lenses and a flat TV-news technique, and a drag racing story shot like a Roger Corman hot rod movie (albeit in sweeping Panavision). Though the tones and modes of expression are wildly divergent, Norton unifies the whole thing with a mathematical structure in which the scenes are timed specifically to the pop songs on the soundtrack — his script divided each story into 12 scenes lasting two minutes a piece, the average length of the tunes he knew he’d be using. While the finished film veers from this discipline slightly, the general order and appeal of Norton’s conception remains, and the structural innovations merge with a painful sense of disillusionment to make More American Graffiti the tonal and aesthetic opposite of Lucas’ infectiously sentimental original film. Upon its release More American Graffiti met with mostly dismissive reviews, as though people thought Lucas and Norton’s disavowal of the original film was somehow a mistake rather than a purposeful choice to take the characters and approach to recent American history in a totally different direction. The movie made its money back but not much more and was quickly forgotten; Lucas found much greater success with a darker sequel the following year when he produced The Empire Strikes Back.

A year after More American Graffiti, Dutch director Paul Verhoeven responded to the disenchantment among the youth of his own country with Spetters, a coming-of-age film that was as much a reaction against Verhoeven’s earlier Soldier of Orange as Lucas’ sequel was against American Graffiti. Soldier of Orange followed of a group of students from an elite background, and for Spetters Verhoeven wanted to go in the opposite direction by telling the story of working-class kids with limited ambitions and fewer talents; his portrait of embittered young men confused about their sexual identities and interested in motorbike racing to the exclusion of all else plays like a European corollary to John Badham’s Saturday Night Fever minus that picture’s occasional moments of triumph and reconciliation. The movie moves back and forth between bleak resignation, terror, rage and indifference, with only occasional moments of joy — joy which is mostly brought about by the motorbike competitions and not sex; the sex in the movie is generally a joyless act of either hostility or commerce, looking forward to Verhoeven’s Showgirls and Basic Instinct. Yet there’s a force to the director’s nihilism that makes Spetters oddly energizing and compelling ––it’s the ultimate piece of supporting evidence for Roger Ebert’s assertion that no great film can be truly depressing. The bitterness of Spetters is expressive not only of an entire culture’s hangover after the love and peace ethos of the sexual revolution gave way to punk rock and fighting in the streets, but also of Verhoeven’s disdain for the rise of Calvinist repression in his home country and his personal need to break free of the literary adaptations he had been making for producer Rob Houwer. Making his fifth feature and his first after parting ways with Houwer, Verhoeven was ready to make a bold, aggressive statement – even more so after he became angry over the resistance he encountered from the Dutch film establishment. Spetters was his cinematic Molotov cocktail, and remains as confrontational now as it was in its time. It’s a really interesting look at Verhoeven’s obsessions in an embryonic form: not only his approach to graphic sexuality and its intersection with violence, but his preoccupation with religion in an environment bereft of spiritual values (an idea that would reach full fruition when he got to America and turned Robocop into a sci-fi Jesus allegory) and his interest in exploring ruthless opportunism (Showgirls comes to mind once again). Spetters has never been available in this country with a decent transfer, a situation that has been rectified by the 4K restoration used as source material for Kino Lorber’s new Blu-ray. That Blu-ray also includes a typically candid and entertaining commentary by Verhoeven, who goes into great detail about his intentions and the movie’s production history. It’s a beautiful presentation of a brutal film.