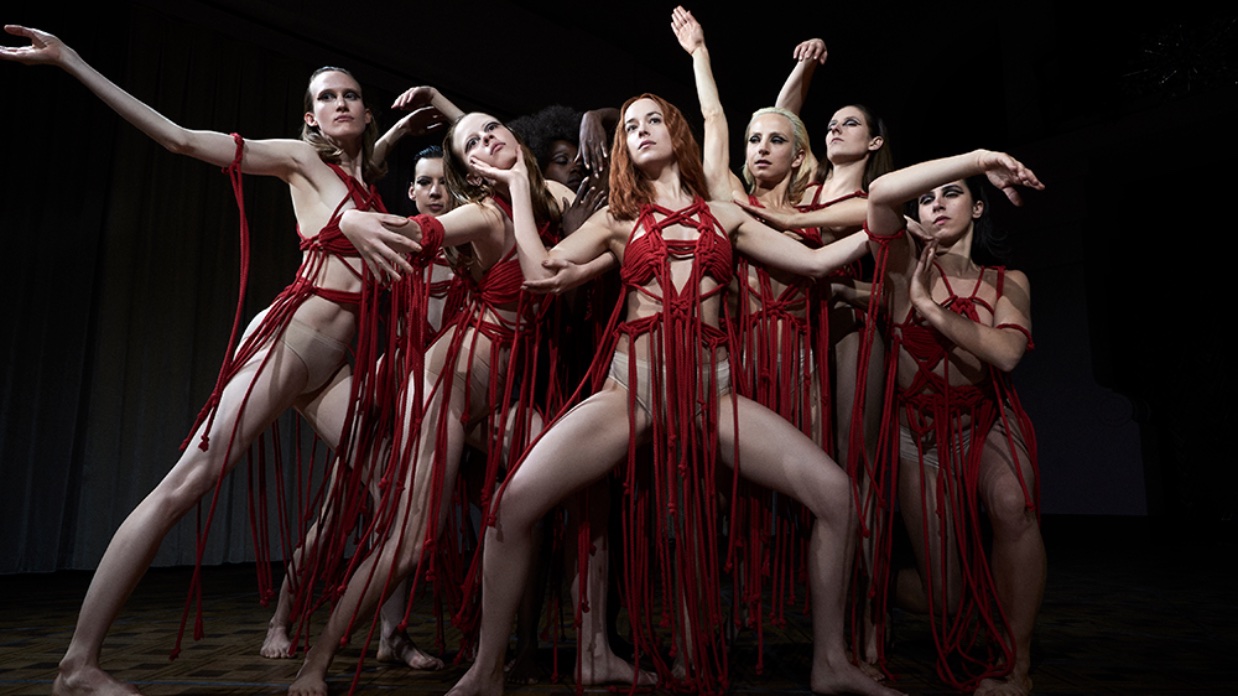 by Giovanni Marchini Camia
in Filmmaking
on Sep 3, 2018

The Venice Film Festival’s main competition does not enjoy a reputation as a go-to place for adventurous cinema. So far, this year’s selection has been pretty much on brand: big-name directors, “important” themes and very little risk-taking. It’s safe to assume Venice will again be well represented on Oscar night. Against all expectations (or at least mine), the first film to break this frustrating mould proved to be Luca Guadagnino’s Suspiria.

Judging from the cast and crew — cinematography by Sayombhu Mukdeeprom!; music by Thom Yorke!; starring Tilda Swinton, Dakota Fanning, Mia Goth, Chloë Grace Moretz, Ingrid Caven and Angela Winkler! – Guadagnino seemed set to polish up the kitschy excesses of Dario Argento’s original and kill its soul in the process. As it turns out, discussions of fidelity are largely irrelevant. The main characters roughly correspond and the setting is still a dance school run by a coven of witches, but gone are the garish expressionistic sets, the lurid lighting, the domineering soundtrack, the god-awful acting and the total disregard for narrative logic. Working with a script by David Kajganich (who also wrote the insufferable A Bigger Splash), which borrows Argento’s basic premise but completely reworks the plot, Guadagnino creates something wholly original and much more ambitious — though, thankfully, no less bonkers.

It’s 1977 in West Berlin. The ghost of Nazism haunts the corridors of the dance school, the Berlin Wall looms beyond the windows (an overt nod to Possession) and the radio and TV keep broadcasting news of the Red Army Faction. This backdrop feeds into the story’s allegorical dimension, a heavy-handed attempt at dramatizing the enduring legacy of fascism and its seductive appeal — in this regard, the film is as much a remake of Salò as of Suspiria.

More satisfyingly, the setting also allows for a ravishing period piece. Sayombhu’s sensuous lensing feasts on every detail of the arch-meticulous production design, generating an atmosphere that is the very opposite of the one he achieved in Call Me By Your Name. No warmth or comfort here: the sunny Lombard countryside is replaced by the grey concrete and perennial rain of Berlin, and the school’s glacial art deco interiors and mirror-panelled studios inspire a constant sense of foreboding, aided along by Yorke’s suitably sinister score and sporadically brought to a head in violent, intricately choreographed set-pieces.

To be sure, at 152 minutes the film is far too long. There’s an entirely superfluous subplot involving an elderly psychiatrist, who serves the same narrative function as Scatman Crothers’ character in The Shining and needlessly elaborates the whole fascism thematic. Had he been cut, the film could have been under two hours and squandered a lot less momentum in building up to the Grand Guignol finale. Still, when it finally gets there, the spectacle mostly makes up for the wait. Guadagnino, completely against character, goes for broke in an extended orgy of ritualistic violence that, although a mess on every level — aesthetic, thematic, narrative — is exhilarating in its sheer lack of restraint.

At the other end of the spectrum: Tsai Ming-liang’s Your Face, which screened out of competition. The film opens with a facial close-up of an elderly woman silently staring at the camera with a blank expression, trying unsuccessfully to keep her gaze steady. As the shot is held for several minutes, it seems like Tsai may be going for a digital update of Warhol’s Screen Tests. The shallow focus keeps the surroundings indistinct and the soft, golden lighting allows for every pore, wrinkle and imperfection on the woman’s face to be captured in high definition. Ever more little details emerge the longer one scrutinizes her features, giving rise to speculative narratives: there’s a slight asymmetry between the two halves of her face, noticeable in a minute rightward droop to both the nose and mouth. Perhaps the traces of a distant stroke? Then the woman bursts out laughing and Tsai asks her a question from off-screen, breaking the spell.

What follows is roughly a dozen more portraits of elderly or middle-aged men and women — amongst them, of course, Lee Kang-Sheng — all framed in the same manner. Through this succession of shots, Tsai conducts a deconstruction of the close-up, playing with the effects of small alterations: the shift in perception when lighting is made to create deeper shadows, the mood that results from introducing a melancholy piano tune halfway through a shot, or the contrast in affect between a frontal portrait and one in three-quarter profile. Some of the shots are funny, as when an old man, clearly bored with the exercise, gradually falls asleep and then starts snoring; in others, painful memories of familial strife and economic hardship are related to the camera. (Interestingly, it is only the younger subjects who are asked to speak, as if Tsai considered the stories evoked by an elderly person’s weathered features to be far richer than anything expressed in words.)

Amongst the structural experiments Tsai has been undertaking since supposedly retiring from feature filmmaking — others include Afternoon and the Walker series — Your Face belongs to the more modest efforts. Nevertheless, as a gentle invitation to slow down and take in the pleasures of extended contemplation, it proves extremely restorative, especially in the hectic context of a festival.