All the Work Without the Workers: Appreciating Sleep Dealer On Its Tenth Anniversary 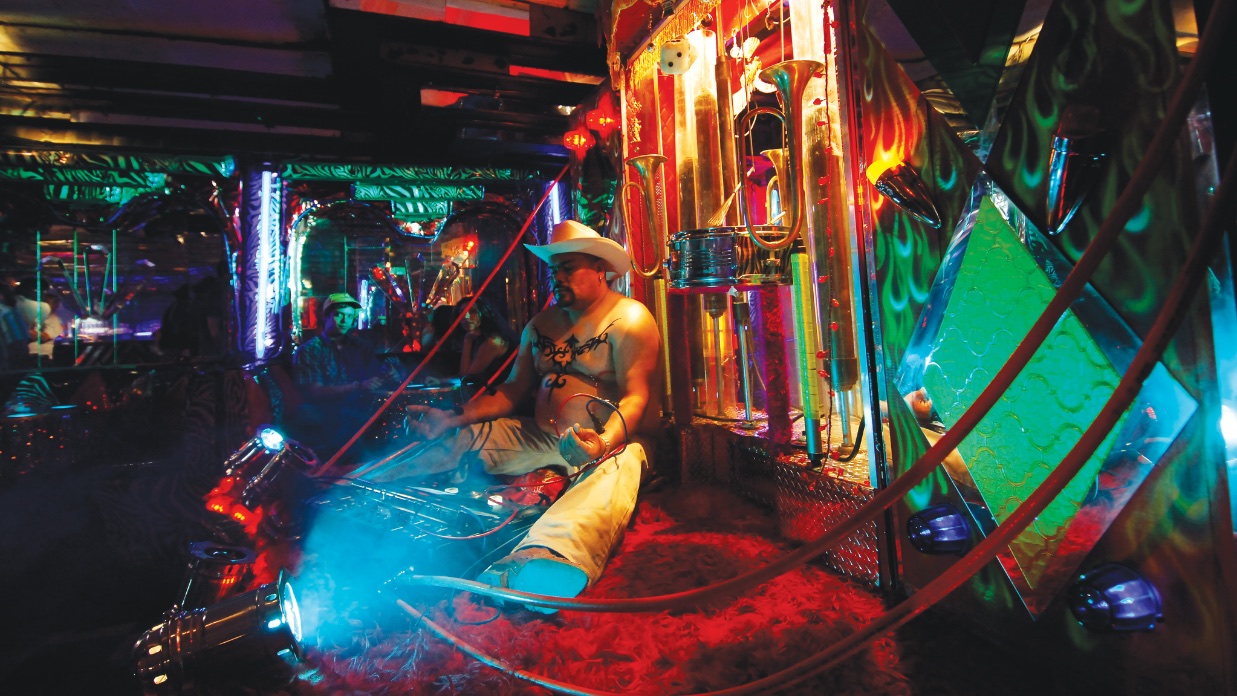 Appraisal of the aesthetic and intellectual merits of science fiction, not to mention the sheer joy of encountering it, lately tends to be subsumed by talk of the perceived accuracy of a work and its predictions. We are living in the future allegedly imagined by William Gibson or Octavia Butler or Philip K. Dick, while films like Her and Gattaca serve as shopworn reference points in conversations about artificial intelligence and CRISPR. This veneration of the utilitarian function of science fiction at once demands too much from the work while denying its value apart from what might be gleaned from a Wikipedia plot summary. All that said, at the risk of stripping the film for parts, it seems almost impossible to discuss Sleep Dealer without considering the world that has unfolded in the 10 years since its debut.

Prescient and imaginative as it was, Alex Rivera’s first and only narrative feature never had the commercial release it merited. Its distributor later went out of business, stymying its potential to reach a wider audience. (In 2014, it was recovered and released on digital platforms through the Sundance Institute Artist Services program.) That it has largely flown under the radar is unfortunate because, ever since its 2008 release, Sleep Dealer has offered an uncanny, entirely plausible near future, just a skip ahead of real world events. Take for example the in-film reality television program depicting live conquests of drone pilots who “blow the hell out of the bad guys,” as the announcer explains. In 2008, our very real defense department began uploading drone-targeted killings to YouTube, including gruesome surveillance footage of an attack on “three criminals” in Baghdad—not quite reality television, but the YouTube comments revealed similarly enthralled spectators. The iPhone App Store also launched in 2008, ushering in the gig economy of Uber and Fiverr. There’s a gig economy in Sleep Dealer, too, and it’s a grim one: Mexican laborers connect through wetware and body mods, acting as long-distance puppeteers of robots beyond the border wall (yes, there’s a wall). In these factories of “sleep dealers,” tele-migrants power robots picking oranges in Florida or work remotely in slaughterhouses in Iowa, and they control robot-nannies in Washington, DC, metal cab drivers in London, and automated busboys in New York (or “it might also be Los Angeles”). Even the social media influencer lifestyle has an analog in this film—a service called “TruNode,” where users peddle their memories and interiority for a price. What these examples provide is less of a roadmap for navigating today’s world than a glimpse back to a time when anxiety about networked technology was just on the brink, and the unintended consequences of the internet were coming to the fore. Sleep Dealer was an early warning that the internet might appear borderless and community oriented, but as a tool, it can be harnessed for the purposes of authoritarianism, bigotry and exploitation.

Memo, the protagonist of the film, leaves home after his father is senselessly killed in their house—an attack that airs live on the film’s dronesploitation TV show. He travels to Tijuana to find work and send money back to his family. On the bus he meets Luz — a writer burdened with students loans who also has a TruNode account. One of her customers is interested in her encounters with the stranger from Oaxaca. She pursues Memo with emotions familiar to today’s Instagram-famous: a clouded mix of interest and eagerness to satisfy her fans. Luz surveils her relationship with Memo as she lives it. Meanwhile, with no other job prospects, Memo elects surgery with a “coyotek,” so he might work as a “node worker” in a “sleep dealer” factory. There, with his feet on the ground in Tijuana, his labor is transferred to a robot working on a construction site in a San Diego skyscraper — vertigo transfers through the border wall, too. In both cases, abstract qualities — Memo’s energy and movements, Luz’s emotions and recollections — are packaged and commodified, and none of it is worth much.

“We give the United States what they’ve always wanted,” Memo’s supervisor explains, “All the work without the workers.” In 2008, it was still common to speak of the internet as a utopian project — a disembodied commonwealth of users. Sleep Dealer, extrapolating from the bureaucracy of drones and citizenship and disjuncture of body and presence, imagines internet disembodiment in parallel with eliminationism. It is unclear whether American clients are even aware that these robots are controlled by human beings rather than automation. As in the case of the Mechanical Turk, and the fake machine from which Amazon’s service gets its name, automation is often a “sleep dealer”–style charade — sparing privileged persons any reminder of where they sit on a seesaw of inequality.

Shot in grainy 16mm with vivid textures and splotches of color—ectoplasmic greens, laser blue, gold and red—Sleep Dealer glows on screen, sealing in its mood. However predictive, even accurate, it might be about the power of networked technology in an unequal world, its strength is more evocative than as a mere guidebook to the future. It conjures up the desolation and exhaustion of poverty, and an atemporal feeling of futurelessness (no matter what year it is). Perhaps this alienation registered as dystopian and science fictional in 2008, but it is a feeling growing more and more timeless.