Light Through the Darkness: The 2019 Black Nights Film Festival 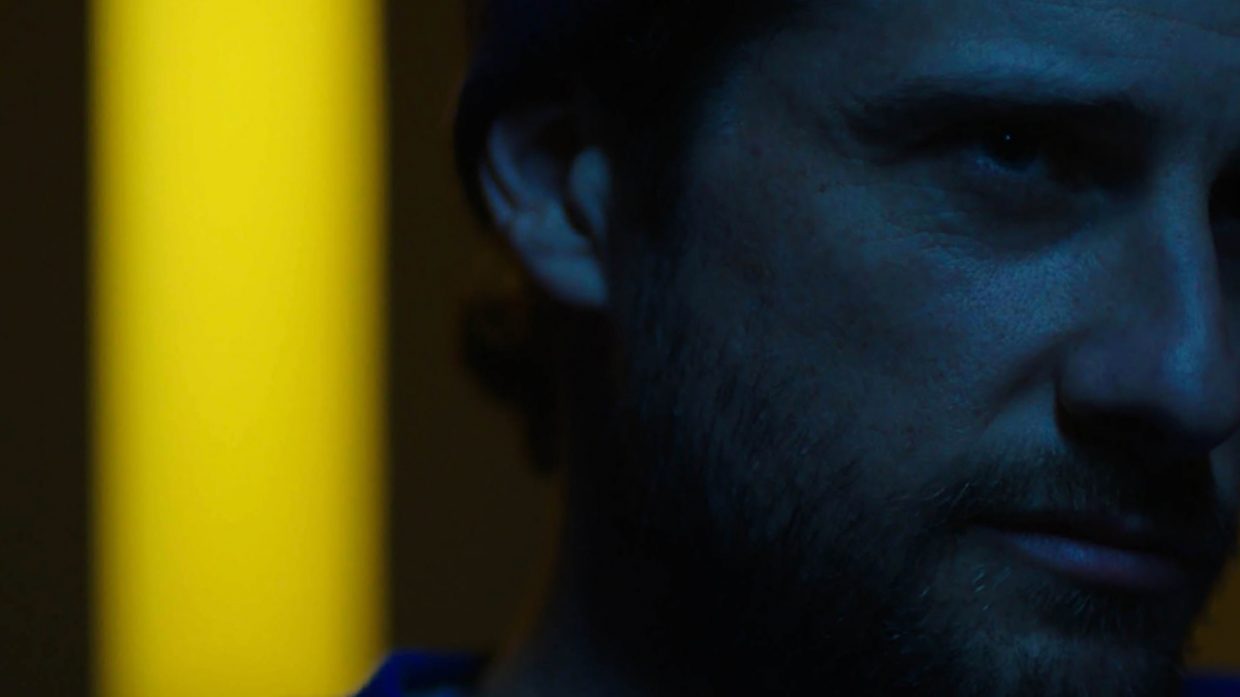 Darkness falls around 4 p.m. every day in late November when you’re as far north as Tallinn, the capital of Estonia, whose annual Black Nights (PÖFF) nods to the presiding nocturnal mood. Most of the winter light is up on screen, where the festival’s vast programming unspools across 17 days that also are chock full with industry forums and meet-ups. A city of some 400,000 that feels like a village, the Tallinn most visitors experience divvies up between its tourist-speckled Old Town, whose medieval bonafides are rooted as far back as 1154, and the modern design/tech neighborhood Teleskivi, with acres of old rail yard warehouses renovated into creative hubs, bars, restaurants and galleries, crowned with the impressive multi-level outpost of the Swedish high-end photographic franchise Fotografiska. There’s also the remnants of Soviet dominance, such as the epic Linnahall, constructed for the 1980 Summer Olympics as the V.I. Lenin Palace of Culture and Sport, a monumental Brutalist concrete slab facing outward to the Gulf of Finland. Shut down for the past decade, the former concert hall remains in limbo, pending a restoration, but meanwhile served as a location for Christopher Nolan’s forthcoming cryptic spy thriller Tenet. The Soviet Era also flickers in the old industrial sites that Andrei Tarkovsky used as locations in Stalker, including the one-time power plant adjacent to Linnahall, and the warehouses next to the street renamed “Stalker Alley” in honor of the 1979 mystical masterpiece. Fittingly, there’s a pub there, although nowhere near as gloom-struck as the Stalker’s bar in the film.

There may not have been a more sympathetic film to watch in this ambience than Saul at Night. One of the few American indies to earn a world premiere spot at PÖFF, Cory Santilli’s lo-fi sci-fi drama posits Kentucker Audley as the last man on the planet. Or, rather, the only man legally authorized to be awake during the nighttime hours, while the rest of society – including his wife and daughter – is (somehow) electronically ushered into a mandatory eight-hour snooze. This microbudget Black Mirror episode makes the most of its depopulated Edward Hopper-ish tableaux, which includes the small theater where Audley’s Saul recreates the waking world he can never experience. (Though he still shares a bed with his wife, their involuntary sleep patterns mean they have to communicate through letters). One night, though, Saul meets a stranger (Suzanne Clement), a French woman with a backstory of her own, and they form a fragile bond – kept at a remove by the inability to speak the other’s language, and by their very different response to the torturous isolation from their families. The minimal narrative relies a lot on your interest in watching Audley navigate its nuanced melancholy, and the patience to sit with the stillness of the scenes and accept the film as a work primarily of tone and gesture. Luckily, that happens to be the actor’s jam, and gives this meditation on loneliness its quiet, enveloping emotional pull.

A Dutchman based in London, writer-director Rene van Pannevis made a potent debut with Looted, a coming-of-rage drama rooted in the long tradition of British kitchen-sink realism. Charley Palmer Rothwell plays the emotionally and ethically conflicted Rob, a young man at very loose ends who tends to his father, a former merchant seaman whose years offshore left him with lung cancer (caused by work with asbestos) and a stunted relationship with his son, which he is trying to redeem from his deathbed. Their marginal circumstances reflect the economic collapse of their northern port town, but if jobs are scarce, Rob has other resources. Along with his roughneck best pal Leo (Thomas Turgoose of This Is England), he steals cars at the behest of a local hoodlum, and shares giddy episodes of drugs and drink with Leo’s Polish girlfriend Kasia (Morgane Polanski) in the mix. As Leo’s cruelties become more than she can tolerate, her affections shift to Rob, who is likewise wary of his friend, signing on to a risky new heist against all his better judgment. Tensions build along these emotional fault lines toward some easily telegraphed conclusions, but the low-key tone underscores the cast’s effective, naturalistic performances, complemented by a keen eye for detail, as the camera maps industrial decline against a picture-postcard coastline.

Immortal, which won the top prize for documentary at last year’s Karlovy Vary film festival, considers the sometimes eerie afterlife of another kind of industrial landscape, that of the Russian town Apatity, some six decades after its infamous gulag ceased to serve as an icy exile for Stalin’s perceived enemies. St. Petersburg native Ksenia Okhapkina composed the film as a an hour-long flow of verite images, often shrouded in icy darkness, of a place whose grim history really is a nightmare none of its residents appear to have awoken from, occupants of a severe industrial nowhere that nonetheless yields to poetic representation. The good citizens, especially the children who endure dance (girls) and military training (boys), are rallied around nationalistic cliches. “I wanted to make a parable based on Soviet myth, the idea of immortality,” the director said. “It’s a common theme for Russian and post-Soviet countries, and  for America as well … in Germany, in countries which have these colonial ambitions. There is something in the air. I made this film to find the answer why.”

The film, released under an Estonian flag, also was a reminder of the adjacency of the Russian border. This year for the first time Black Nights produced a satellite mini-festival – KinoFF – featuring Russian-language films in two cities where the population is predominantly ethnic Russian: Narva, which sits on the eastern border with Russian, and the eastern Estonian city of Kohtla-Järve, the country’s third- and fifth-largest municipalities. The festival treated members of the international press (including myself) to a two-day tour of the cities, with visits to a ghostly abandoned factory, a Medieval fortress and an oil shale mine (complete with kamikaze Jeep ride around the quarry). All in all, a vivid reminder that Faulkner’s “the past is never dead, it’s not even past” is as true for the Baltics as it is for the American South.

While there was considerable local pride regarding Tallinn’s role in Tenet, which apparently employed every able-bodied laborer, background actor and seasoned on-set production pro in the region, the most spectacular avatar for the Estonian film industry was also the least likely: a sci-spy spoof with the unwieldy title Jesus Shows You the Way to the Highway.  The Estonian-Latvian-Romanian-Ethiopian-Spanish co-production is the manic brainstorm of writer-director Miguel Llanso (currently a resident of Tallinn), whose 2015 feature Crumbs manifested a richly lyrical Afrofuturist parable out of a striking paucity of means. Its follow-up is a cinematic Russian Doll overstuffed with gonzo characters, one-off sight gags, and insanely escalating riffs on a Matrix/Existenz-like cosmology, in the style of a Grade-Z 1960s science fiction thriller. Truffaut once said that every minute of a film should contain four ideas. Llanso must have a dozen, zinging across the screen like fastballs. Well, really, knuckleballs.

The hero is the remarkable Ethiopian stage actor Daniel Tadesse, whose diminutive stature and boldly expressive face make him compelling to watch in this gonzo action format, and have made him the focus of each of Llanso’s films. Tadesse’s Agent Gagano only dreams of opening a beachside pizza truck with the love of his life, Malin (Gerda-Annette Allikas), a buxom German kickboxing instructor. Instead, he has to save the planet from Soviet hackers, but things go wrong and Gagano’s physical body is left comatose while he wanders cyberspace, caught up in a bizarre misadventure in Ethiopia. The execution of all this is shot through with primitive computer animation, superhero costumes, Cold War callbacks (a cyber-virus called Stalin), steamy love scenes, and production design that deliberately suggests the dimestore version of The Man from U.N.C.L.E. or Batman (the 1960s version beloved of Quentin Tarantino). Oh, and there’s a face-ripping free jazz soundtrack featuring the late avant-garde trumpeter Bill Dixon. Underneath the absurdity, however, there’s a passionate, countercultural response to what the filmmaker calls “the dynamics of globalization.” And, fittingly, no one else I met at Black Nights could have been as globalized as Llanso.

“I’m not from Estonia, I’m not from Ethiopia. I’m from nowhere. I’m not even from Spain,” Llanso said, referencing his rootlessness, and the way it shapes his filmmaking. (For the record, he moved to Estonia to join his girlfriend, who lives there). “I don’t feel Spanish. But maybe that is the spirit of the Mediterannean, this tragicomedy of life.”