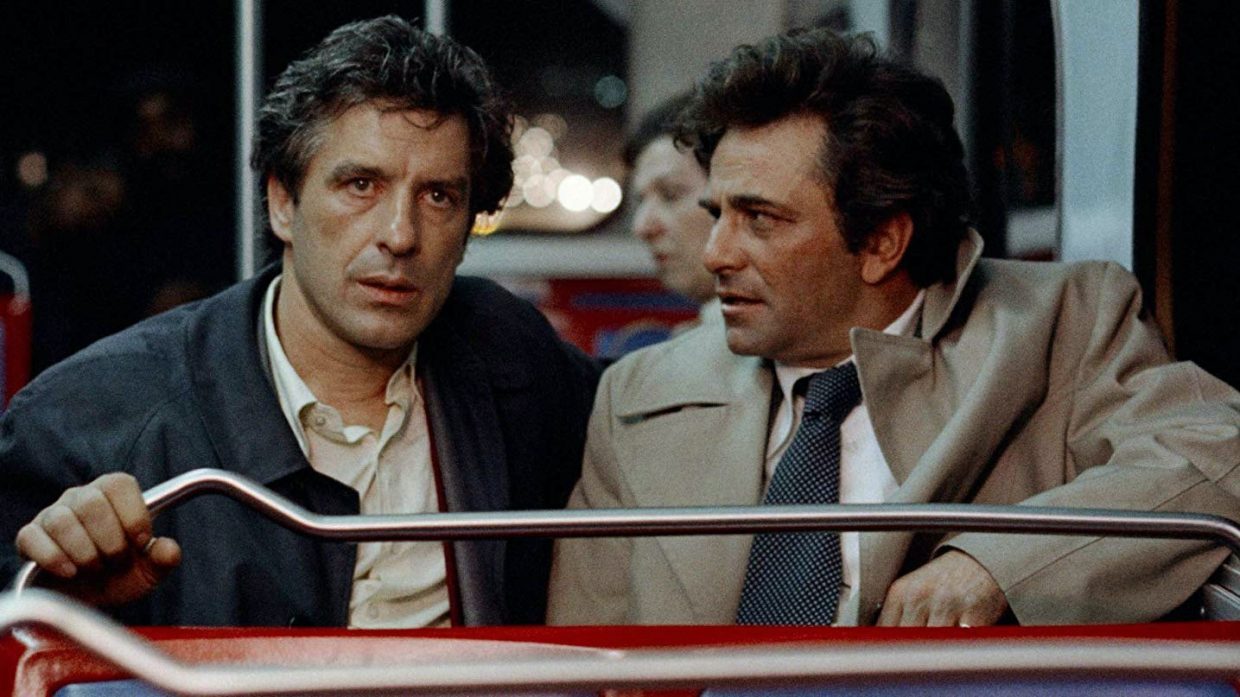 One of the best American comedies of the 1990s hits Blu-ray this week with Warner Archive’s release of Tin Cup, director Ron Shelton’s deliriously romantic and sharply observed meditation on the blurry line between self-sabotage and greatness. Kevin Costner, in the loosest and most engaging performance of his career, plays golfer Roy “Tin Cup” McAvoy, a driving range pro whose self-described inner demons have kept him from achieving his potential while old rival David Simms (Don Johnson) has risen to the top of the profession. When David’s girlfriend Molly Griswold (Rene Russo) comes to Roy for golf lessons and Roy falls hard for her, he realizes he needs to make some changes in his life, but old habits die hard. Shelton and John Norville’s screenplay is a model of elegant classical construction, with a seemingly simple sports movie structure serving as the vehicle for philosophical questions about how to live, love and work that are as profound as anything in Renoir or Ozu. What makes the insights all the more remarkable is the breezy charm of Shelton’s directorial style and the fact that the performances by the three leads are as hilarious as they are authentic – the movie demands almost nothing of the audience and gives back a multitude of rewards in return. Working with cinematographer Russell Boyd for the third time (following White Men Can’t Jump and Cobb), Shelton uses the dimensions of the ’Scope frame to honor multiple perspectives and create constant visual energy without the camera calling attention to itself. The compositions and editing are particularly impressive during the golf scenes, in which Roy’s impulses lead to repetitive actions that could be stilted or monotonous in less deft hands – Shelton and Boyd never seem to run out of new ways of framing though, unerringly finding the right spot for the camera at every key moment. It’s the kind of graceful, invisible filmmaking that doesn’t get noticed when it’s done right but that’s very, very difficult to pull off – as pleasurable as it is rare.

In a nice bit of serendipity, the film that put Boyd on the map back in 1975 is currently streaming on the Criterion Channel with a generous bounty of supplemental features. Peter Weir’s Picnic at Hanging Rock is a spare but gorgeous fairy tale about a group of schoolgirls who inexplicably disappear during a languorous Valentine’s Day outing in the Australian wilderness; light on plot but generous in atmosphere and haunting ambiguity, it’s a case study in how to use the camera and sound design to elicit complicated, conflicting emotional responses from the audience, and how to merge sociological concerns relating to class and gender with more spiritual, mythological impulses. The film is part of the Criterion Channel’s “Observations on Film Art” series, in which film scholars David Bordwell, Kristin Thompson, and Jeff Smith provide context and analysis for classic films; for Picnic at Hanging Rock, Thompson contributes “In the Service of Horror – The Lyrical Cinematography of Picnic at Hanging Rock,” a featurette that showcases Weir and Boyd’s use of soft focus, slow motion, and superimpositions. Other supplements include interviews with Weir, Boyd, and their collaborators as well as an on-set making-of documentary and appreciations by critic David Thomson, novelist Megan Abbott, and comedian Patton Oswalt.

Oswalt weighs in on several other films in his “Adventures in Moviegoing” interview, including writer-director Elaine May’s Mikey and Nicky, which is, like Hanging Rock, currently streaming on Criterion with an abundance of great extras. A superficial description of the story makes Mikey and Nicky seem like a fairly standard noir: Nicky (John Cassavetes), a man on the run from the mob, seeks help from his best friend Mikey (Peter Falk), a fellow criminal who might be setting Nicky up to be killed. May takes this simple premise and uses it to present a complete and moving portrait of a complex male friendship over the course of one night. As film critic Jonathan Rosenbaum has noted, all of May’s films deal with betrayal, usually by one member of a couple against another. She tends to treat the subject comically in films like A New Leaf, The Heartbreak Kid, and Ishtar, but there’s always a dark undercurrent to the material; the light surface of the underrated Ishtar, for example, cloaks a scathing indictment of U.S. foreign policy and its relationship to show business. In Mikey and Nicky the darkness is all on the surface and undiluted, as the heartbreaking performances of Falk and Cassavetes convey the absolute horror of betrayal for both parties involved.

The darkness in Mikey and Nicky is literal and visual as well as thematic – aside from the last few minutes of the film, the entire movie takes place at night. May and ace cinematographer Victor J. Kemper are audacious in their willingness to darken large parts of the frame so that only slivers of light and small fragments of action are visible; it’s a way of emphasizing not only the darkness of the emotions involved but the ways in which the characters are constantly hiding things from one another. The theme of characters hiding behind disguises is common in May’s work, including films she wrote but did not direct like Tootsie (on which she was uncredited but made substantial contributions) and The Birdcage. Here the masks are emotional rather than literal, but May places the characters in so many varying degrees of darkness and shadow so that their very environment becomes the disguise. Yet she also contrasts the dark images with brutally explicit close-ups in which the characters’ emotions are painfully obvious, and at times further reinforces the complicated friendship between Mikey and Nicky with deep-focus compositions that link the two characters in the frame while simultaneously separating them on different planes of action. In its penetrating look at the male psyche Mikey and Nicky earns comparison with other classics of its era like Husbands (also shot by Kemper) and The Last Detail, and it looks forward to important later works such as Alexander Payne’s Sideways and the Safdie brothers’ Good Time. It’s essential viewing.