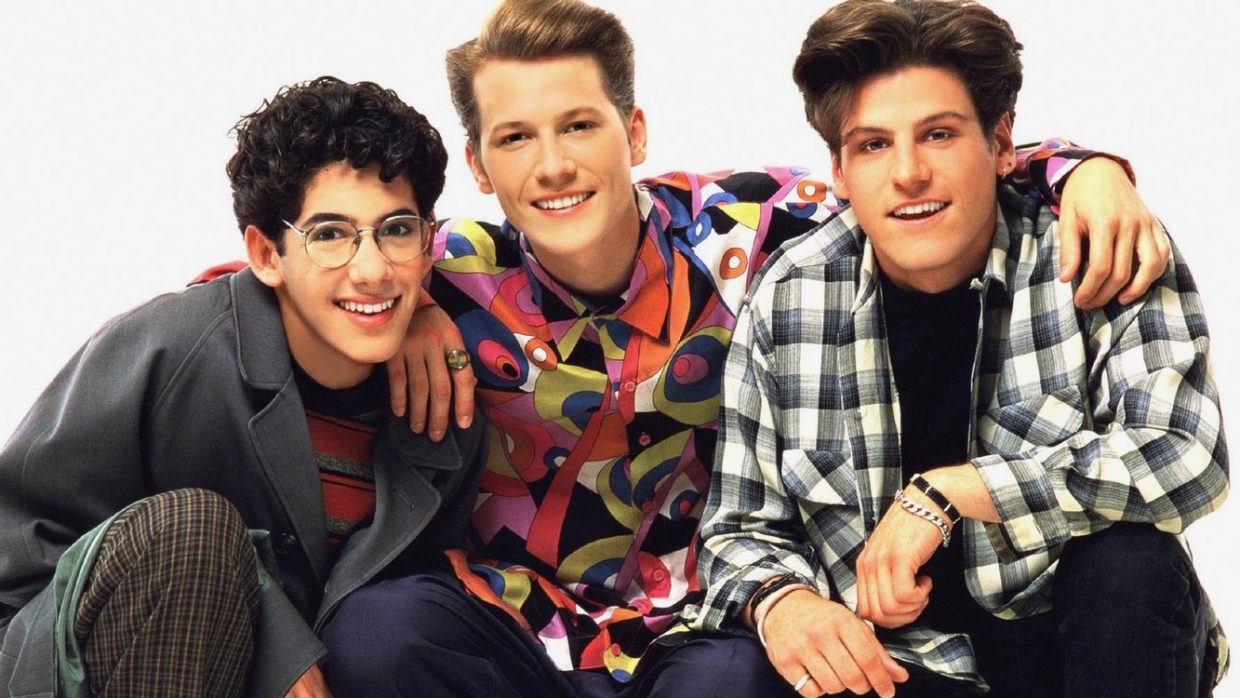 Writer-directors David Zucker, Jim Abrahams, and Jerry Zucker were still flying high on the success of their 1980 comedy Airplane! when they sold ABC on the idea of a series that would parody police dramas the way Airplane! skewered disaster movies. The result, Police Squad!, was an artistic triumph but a commercial disaster that aired only six episodes between March and July of 1982; it was infamously canceled because, according to an ABC executive, it required that the audience actually pay attention to it in order for it to work – it couldn’t be watched in the same drunken stupor as the rest of the network’s programming. Indeed, the show’s strength is in its details; every shot is packed with gags and puns – some visual, some verbal, and many around the edges of the frame or in the background. Zucker, Abrahams, and Zucker’s genius was to take the squarest, stiffest shows on TV – procedurals like Dragnet, M Squad, and N.Y.P.D. – and insert an anarchistic sensibility in the center, generating huge laughs by juxtaposing the relentlessly literal sincerity of hero Frank Drebin (played to perfection by Leslie Nielsen) with the complete absurdity of his surroundings and situations. In 1982 and on network television the conceit failed, but the ZAZ team had the last laugh six years later when they rebooted Police Squad! on the big screen as The Naked Gun. As funny as that movie is, I still prefer the conceptual purity of the original series, which is now available on Blu-ray with some great extras – not just the usual commentary tracks and deleted material, but correspondence between the skittish network and the filmmakers that’s nearly as hilarious as the show itself. Police Squad! was so ahead of its time that it plays better now than it ever has.

While Police Squad is one of the funniest and most original TV shows of the 1980s, my pick for the best comedy series of the 1990s is currently streaming on Sony’s advertiser supported Crackle platform. Created by Clyde Phillips and Lon Diamond, Parker Lewis Can’t Lose might sound like a run of the mill Ferris Bueller knockoff – it’s essentially a modern day riff on Tom Sawyer that focuses on the title character and his high school adventures – but the viewer’s preconceived notions are shattered within the first few seconds of any given episode. Phillips and Diamond anchor the series with archetypal teen concerns and rituals, but then use the audience’s familiarity with the conventions to take off in one wild direction after another, bringing in surreal and self-referential elements that owe more to Luis Bunuel and the Marx Brothers than Beverly Hills 90210. Under the guidance of producer Bryan Spicer, who directed over a third of the show’s episodes, Parker Lewis has a graphic inventiveness that not only invites but earns comparison with the best of the Coen brothers and Sam Raimi; utilizing forced perspective, whirling 360-degree camera movements, an expressionistic color palette and a depth of field that would make Orson Welles proud, Spicer gives the series a consistent visual energy that amplifies and extends the laughs. Some laughs grow out of the sheer audacity of his camera placement – as when he gives the viewer a POV shot from the perspective of a hallway loudspeaker – while at other times his long takes and intricate blocking are so subtle and elegant you don’t notice them until a second viewing. Spicer has directed a lot of great television over the years – I interviewed him for this site a couple years ago about his dynamic action filmmaking on Hawaii Five-0 – but in terms of sheer cinematic imagination Parker Lewis Can’t Lose is tough to beat.

A very different but equally rewarding look at coming of age, Keith Gordon’s 1988 film The Chocolate War, rounds out my list of recommendations this week. Based on the novel by Robert Cormier, The Chocolate War tells the story of Jerry, a loner at a Catholic high school who clashes with his conformist classmates as well as with Brother Leon, the oppressive authority figure who controls them; when Jerry refuses to sell chocolates as part of Brother Leon’s annual fundraising initiative, the administrator and his minions do everything they can to crush Jerry’s spirit before his rebelliousness can spread throughout the school. In adapting Cormier’s novel, Gordon uses the battle of the title as a metaphor for all forms of struggle between individuals and institutions, and the film’s framing emphasizes this premise. Many of the compositions are almost oppressively symmetrical, as though the students are being suffocated by the very order of the school; yet these rigid images alternate with hand-held camerawork that symbolizes the kids’ desire to break free. Although the visual style is precise and controlled, it also shows great range: scenes of almost documentary-like reality alternate with hallucinatory memories and dream sequences to provide a vivid sense of Jerry’s emotional state. Like most of Gordon’s subsequent films, The Chocolate War works both as an allegory and as an intimate, personal story; one can read larger societal implications into Jerry’s war against his peers and Brother Leon, but the movie is most effective as a beautifully observed tale of one young man’s struggle for self-definition. Gordon gets the details of adolescent growing pains exactly right, from Jerry’s awkward interactions with girls to his disillusionment when he discovers what his skirmish has really accomplished. The Chocolate War is remarkably assured for a debut feature, resourceful and expressive and deeply moving, and it’s now free to stream on the Tubi platform.