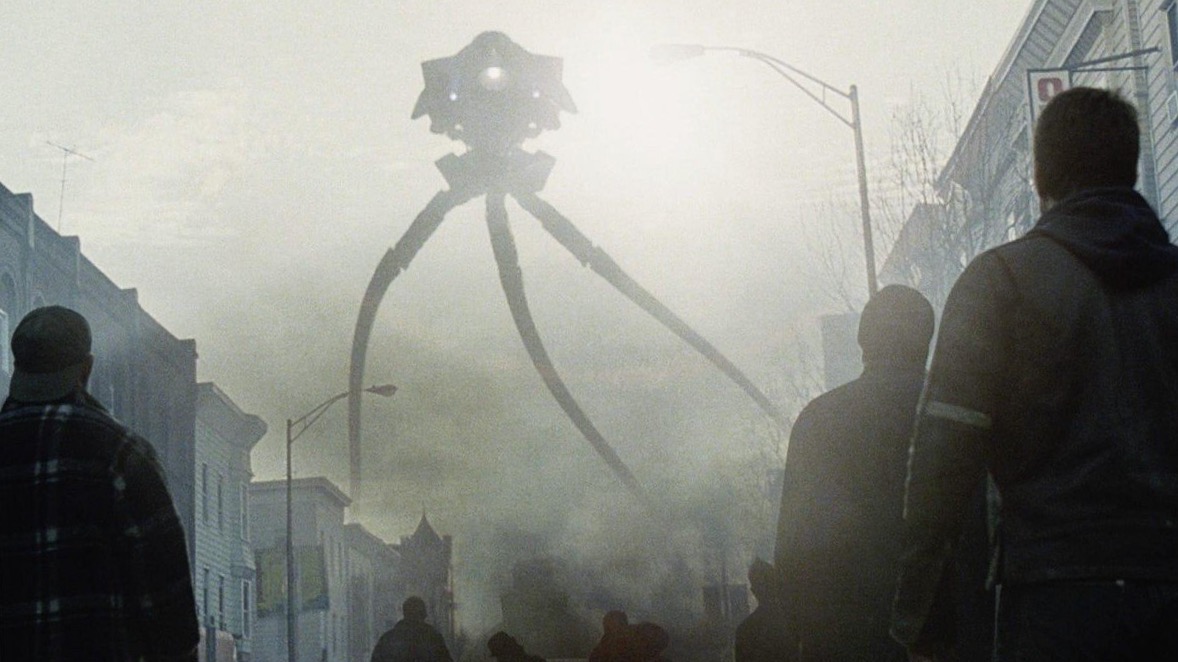 War of the Worlds

In the 19 years since 9/11, no American director has responded to and examined the causes, impact, and aftermath of that day as rigorously and repeatedly as Steven Spielberg, which is ironic given how rarely his films are actually set in the present day. With a couple notable exceptions, all of Spielberg’s films since 9/11 take place in either the future (Minority Report, Ready Player One) or the past (Munich, Lincoln, Bridge of Spies, etc.). Yet his work couldn’t be more relevant or engaged with contemporary social and political issues; every single one of Spielberg’s post-A.I. movies is as much about its own time as the period being depicted, and the director’s vision of America’s promise and that promise’s betrayal has grown increasingly despairing over the years. (Even the relatively lightweight Indiana Jones and the Kingdom of the Crystal Skull contains lines like “I barely recognize this country anymore,” a sentiment that is at the heart of most of Spielberg’s later work.) Minority Report, which was shot before the Twin Towers fell but released in 2002, remains one of the most astonishingly prescient films of its time thanks to its vivid evocation of a society in which civil liberties and free will have been made subservient to government surveillance and targeted marketing. The films that follow explore America’s evolving (or devolving) views on immigration (The Terminal), terrorism and the appropriate responses to it (War of the Worlds, Munich), the role of the free press (The Post) and race (Lincoln). Even the most conventionally “entertaining” post-9/11 Spielberg pictures are sad and deeply disturbing at the core; the ultimately upbeat The Terminal, for example, presents a harsh, unforgiving view of the abandonment of our country’s principles as a nation of immigrants, and depicts post-9/11 Homeland Security bureaucracy with depressing accuracy.

The Terminal, released in 2004, was one of Spielberg’s rare movies set in its own time, and it was immediately followed by the other, 2005’s War of the Worlds. (The only other post-9/11 Spielberg film with a contemporary setting might be The BFG, but I’m a little fuzzy on whether or not that one is actually supposed to be present-day given its fantasy trappings.) War of the Worlds is one of Spielberg’s rare flat-out horror movies, and it’s genuinely terrifying on levels far deeper than his earlier forays into the genre (Jaws, the climax of Raiders of the Lost Ark) – and far more provocative. As scary as the Spielberg scripted and produced Poltergeist may be, there’s a certain layer of stylization that makes the viewer feel protected; the movie taps into primal fears, but it wraps them in traditional genre conventions that put us at ease – the thought that “it’s only a movie” is never far from our minds. War of the Worlds offers no such protection; Spielberg and screenwriter David Koepp take the raw materials of H. G. Wells’ 1897 novel of alien invasion and recontextualize them in the most realistic, stripped-down environment Spielberg has employed since The Sugarland Express. The ashen palette evokes horrible memories of 9/11 from beginning to end, and whatever is initially rattling around in the audience’s subconscious is made literal and immediate by explicit references to terrorism in the dialogue. Appropriating 9/11 imagery to add tension to an alien attack movie might seem in poor taste if Spielberg wasn’t so intent on using it to more serious ends, but War of the Worlds has a lot on its mind; not long after the spectacularly scary initial invasion scene, the director gets down to the business of making a real horror movie, in which the horror comes not from an external threat but from the corrosive effects of panic and mob rule. With its multiple scenes of mass hysteria and murder – a scene in which leading man Tom Cruise murders a man while his daughter sits one room away is one of the most unsettling things Spielberg has ever shot – War of the Worlds is less about monsters from space than about the ways in which people turn on each other in a crisis, with a healthy dose of skepticism about the stability of the American family thrown in for good measure. (The neglectful all-American dad played by Tom Cruise is the most self-centered and unlikable of the actor’s characters since Frank “TJ” Mackey.) Spielberg is making a horror film that operates on every level possible, exploiting everything from the unconscious world in which our nightmares live to real-world crises both intimate and global; it’s hard for me to think of a mainstream release that works over both the brain and the nervous system the way this one does. For its 15th anniversary, War of the Worlds has been reissued in a 4K/Blu-ray combo package that contains a flawless transfer with great extra features – Spielberg’s video production diaries alone are worth the purchase price.

Another excellent H. G. Wells-related piece, Kevin Williamson’s inventive adaptation of Karl Alexander’s Time After Time, is currently streaming free on the ad-supported CW Seed platform. Alexander’s 1979 novel and Nicholas Meyer’s filmed adaptation of the same year imagine Wells as the inventor of a time machine that he uses to pursue Jack the Ripper, a premise that Williamson uses as the springboard for a series that cleverly riffs on Wells’ entire literary catalog – there are nods not only to The Time Machine and War of the Worlds but also The Invisible Man, The Island of Dr. Moreau, and others, the conceit being that Wells would write all these stories after living through the adventures depicted on the show. Yet one needn’t be familiar with Wells’ work to enjoy the series, which is a dazzling blend of sci-fi, romantic comedy, and philosophical inquiry into the question of how we fix what’s broken in ourselves and others. Time After Time was canceled by ABC after only five episodes aired in early 2017, but all 12 of the episodes that Williamson had in the can are now on CW Seed. There are several gems among the unaired installments, including great work by filmmakers like Allison Anders and Marcos Siega. My favorite is episode nine, “You Will Find Me,” which is directed by one of the most exuberant and witty voices in television, Julie Plec. Plec, who created The Vampire Diaries with Williamson, is mostly known for combining high style with a finely tuned sensitivity to young adult material – her stuff is like the best of John Hughes and Cameron Crowe filtered through the eyes of Vittorio Storaro. In her Time After Time episode she steps into slightly grittier and more adult-oriented material, retaining all of her usual strengths while exploring emotional notes new to her work.

It’s worth adding that both seasons of Plec’s current series Legacies, on which she is the creator/showrunner as well as a director, are now streaming on Netflix and highly recommended. It’s the third installment in the Vampire Diaries franchise following The Originals, but instead of running the mythology into the ground Plec seems more energized and inspired than ever. Combining elements of Buffy the Vampire Slayer, X-Men, Harry Potter and many other beloved films and shows – yet, amazingly, never feeling derivative or overly beholden to any of its influences – Legacies follows the students at a school for the supernaturally gifted and jams an astonishing amount of action, romance, satire, teen angst, and horror into each episode. Plec’s economy of expression has always been her greatest strength; she’s capable of having more incident and emotion in any given hour than most shows manage in an entire season. Yet her material never feels rushed, and in Legacies she has ambitiously incorporated a procedural element into the premise that, instead of overstuffing the universe, only exploits Plec’s strengths as a master of both plot and characterization. For all its ambition, Legacies is the liveliest and lightest on its feet of all Plec’s series – it has a casual, inviting tone that draws you in just before it scares, affects and provokes you with remarkable skill. Hitchcock used to say that he liked to play his audience like a piano; so does Julie Plec, but she’s so clever and subtle in her techniques that it never feels like manipulation.