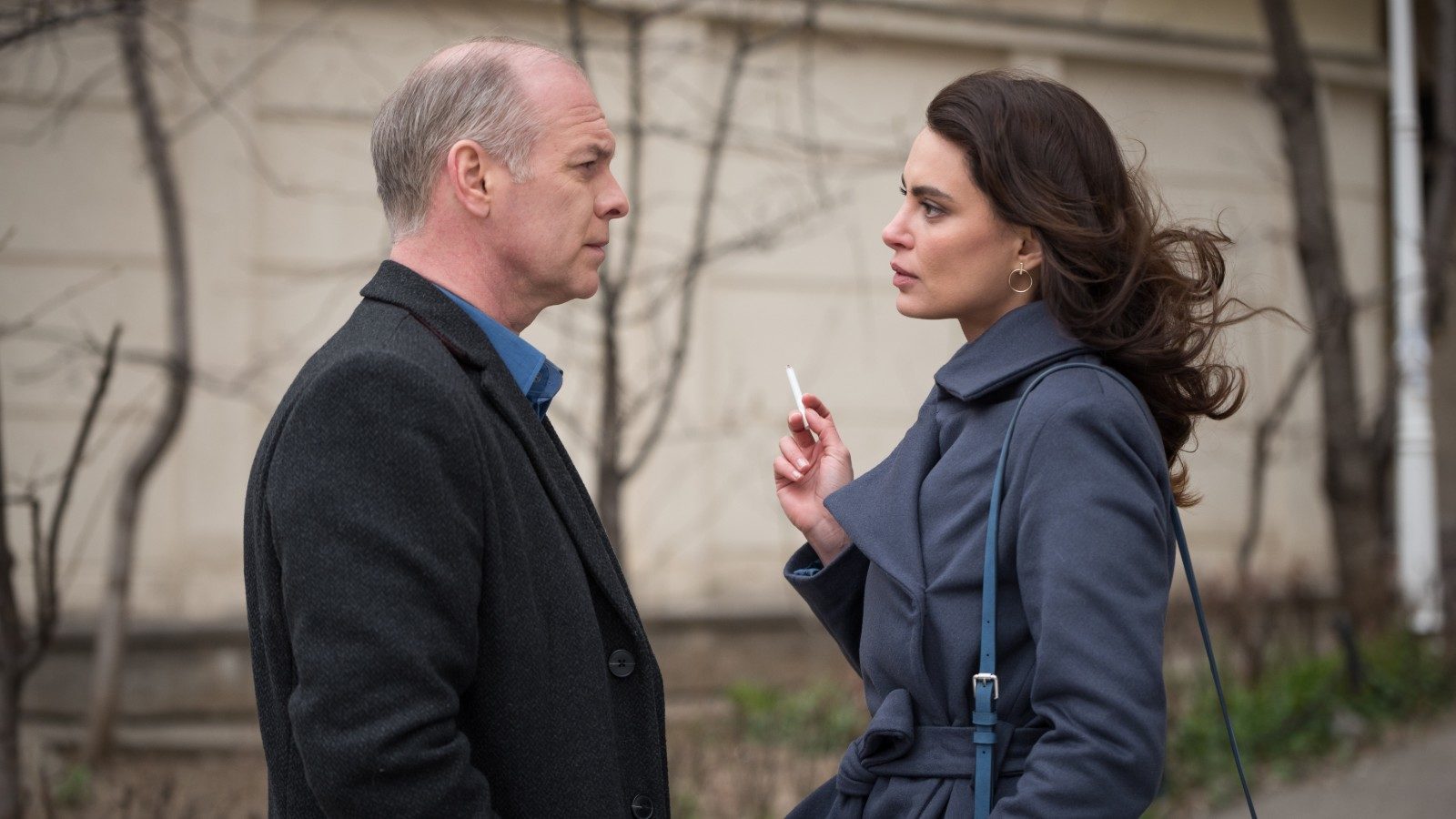 My first two recommendations this week are two excellent thrillers from last year that are newly available on DVD, The Whistlers and The Room. The Whistlers, which premiered in competition at the 2019 Cannes Film Festival, is a gleefully twisty, darkly hilarious Romanian crime film that recalls movies like Stanley Kubrick’s The Killing and Quentin Tarantino’s Reservoir Dogs in its jigsaw structure and fluid loyalties but finds a unique tone all its own thanks to director Corneliu Porumboiu’s approach. He adopts a whimsical attitude toward his eccentric group of cops playing both sides of the law and the criminals they’re pursuing and/or collaborating with, but then he deftly and subtly adjusts perspective midway through to give the relationships more weight and power; what starts as a lightweight exercise in style becomes tender, distressing, and nail-bitingly suspenseful by the climax. Christian Volckman’s The Room is similarly arresting in its use of familiar genre conventions to achieve powerful emotional effects. When its lead couple (Olga Kurylenko and Kevin Janssens) discovers that their new house has a secret room that grants their every wish, there’s an initial giddy rush for both the characters and the audience; Volckman quickly takes the film into unsettling psychological and philosophical territory, however, when one of the wishes has unforeseen implications that turn The Room into both one of the more frightening and moving horror films of recent years. It’s also one of the most unpredictable, and it plays fair with its trickery – there are a lot of surprises, but the plot twists all seem inevitable in the end.

The Room’s portrait of a disintegrating marriage under pressure would comprise a good double feature with Noah Baumbach’s Marriage Story, another great movie from last year that makes its DVD and Blu-ray debut this week courtesy of Criterion. In its own sneaky way, Marriage Story is as much a thriller as The Room or Whistlers, with its steadily building sense of menace (beautifully underlined by production designer Jade Healy’s blankly imposing and confining spaces) that intersects with excruciating heartbreak as the divorcing husband and wife played by Adam Driver and Scarlett Johansson make one horribly fateful choice after another. Combining the devastating emotional penetration of Ingmar Bergman’s Scenes From a Marriage with explosively funny elements of screwball comedy, incisive social satire, and an almost Kafkaesque view of the California legal system, Marriage Story is endlessly layered yet puts everything across with an elegant simplicity. Baumbach’s control over his material is so firm that he never has to push for results; he always seems to be capturing people who just happened to stumble in front of his camera. Such “effortlessness” requires a total mastery of craft, however, and the best thing about the new Criterion release is the opportunity it provides to peek behind the curtain and see how Baumbach and his collaborators arrived at their monumental achievement. There are hours of behind the scenes footage and revelatory interviews in which Baumbach, Healy, editor Jennifer Lame, costume designer Mark Bridges, producer David Heyman, the actors and others articulate their process in concrete, useful, and inspiring ways; it’s an indispensable package.

While Baumbach’s intention is to make his technique invisible, the exquisite Cannery Row is a movie that goes in the opposite direction – it’s a proudly artificial gem whose pleasure derives from the high style that infuses every image. Written and directed by David S. Ward (screenwriter of The Sting and writer-director of Major League) in 1982, Cannery Row is an adaptation of two John Steinbeck novels that exists in a kind of romantic dream world; cinematographer Sven Nykvist lights every shot with the kind of detail and delicacy one associates with the golden age of Josef von Sternberg, and production designer Richard Macdonald and costume designer Ruth Myers pack every frame with kaleidoscopic color. The movie is set during the great depression in Monterey, California, but even the exteriors are shot almost entirely on soundstages, giving the film a theatrical quality that’s exacerbated by the heightened supporting performances (by reliable character actors like M. Emmett Walsh, Audra Lindley and Frank McRae) and lively narration by John Huston. What really catapults Cannery Row to greatness is the pair of lead performances by Nick Nolte and Debra Winger, whose approaches are at one with the overall sense of artifice but still manage to generate honest poignancy and longing. Both actors were at the top of their game in 1982 – Nolte would follow Cannery Row with 48Hrs. and Under Fire, and Winger had An Officer and a Gentleman and Terms of Endearment on deck – and in Cannery Row they’re touching, funny, and honest in ways that make the viewer desperate to see them end up together. The film’s synthetic surfaces and mannered dialogue turned some critics off at the time of its release, but I think the collision between high style and genuine pathos is exactly what gives Cannery Row its unusual flavor and impact. It’s new on Blu-ray via Warner Archive, and the impeccable transfer makes the disc a great way to discover this underrated treasure.