The Hobbit Arrives with a High Frame Rate, and New Sony Camera Prices 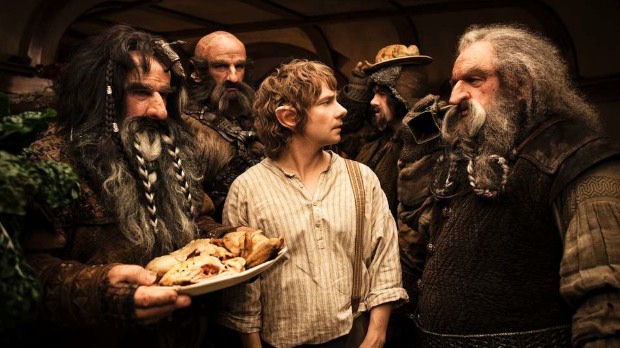 by Michael Murie
in Cinematography, Columns, Filmmaking
on Dec 17, 2012

The Hobbit is now in wide release in the US, and everyone agrees: it was shot in 48p (frames per second). Beyond that, things get a little murky.

As the first movie in wide release to be shot and shown in 48p, the acceptance – or success – of the movie is being closely tied to the future adoption of 48p. This is, of course, ridiculous. The success or failure of a single film is unlikely to define the future of a format. But we’re still left with the question: Is 48p (or High Frame Rates) a good thing, a bad thing, or just different? And why does this discussion feel suspiciously like the one about 3D?

But before you go out and see The Hobbit and make your own decision, just be aware that while the movie was shot at 48p it is being distributed in six different formats. It will be available in both 24p and 48p, for 2D, 3D and Imax 3D formats. About 1,000 cinemas worldwide will be showing The Hobbit in 48p.

The Arguments For High Frame Rates
Filmmaker and visual effects pioneer Douglas Trumbull has been arguing for years that movies should be shot in high frame rates. In the ’70s he developed a process called Showscan that projects 65mm film at 60 frames per second. Douglas is a film effects innovator, but he also became a theme-park ride designer, where high frames rates are really necessary.

James Cameron, fresh off the success of Avatar, has embraced high frame rates, and the sequel to Avatar will reportedly be shot at either 48 or 60p. But James is also very attached to 3D, and high frame rates are a big benefit to 3D. As Peter Jackson on Facebook explained:

One of the biggest advantages is the fact that your eye is seeing twice the number of images each second, giving the movie a wonderful immersive quality. It makes the 3D experience much more gentle and hugely reduces eyestrain. Much of what makes 3D viewing uncomfortable for some people is the fact that each eye is processing a lot of strobing, blur and flicker. This all but disappears in HFR 3D.

Jackson also argues that high frame rates create a different – and spectacular – experience, something that the film industry should embrace. Jason Gorber at his Twitch blog, Cineruminations, writes: “Minutes into the film, I found myself lost in the imagery, reveling in some of the scenes and (if briefly) forgetting about the HFR. I would be shocked if people didn’t notice the difference right away.” Will audience’s demand HFR films? Will it go hand-in-hand with 3D, or exist as a format on it’s own? No one knows yet.

Interestingly, there have been a few reports of people being sick after seeing the 48p screenings, though these seem to be very few, and some are just Twitter comments that are difficult to substantiate. Also, these problems are more likely to be a result of watching the movie in 3D, rather than because it’s 48p.

The Arguments Against
So far, there seem to be two main arguments against HFR. The first one is both the most troubling, as well as the most difficult to really measure: That it ruins the illusion and makes film too life-like.

On the face of it, this seems odd. How can film be too life-like? But some cinematographers and film fans have argued that the slightly blurry vision of the world that 24p creates is an illusion that’s important, especially to narrative story telling. Think of it as a visual effect like shooting with shallow depth of field. Reducing information actually focuses the viewer on the important things in the story. It’s an interesting argument.

Douglas Trumbull would argue that people objecting to 24p are really just struggling with a visual vocabulary that they have grown up with and gotten used to, and that after a bit of time they’ll get used to the HFR look. Jordan Hoffman, writing in Screen Crush, gave one example of these visual “issues”:

Fire looks weird. This doesn’t matter too much when it is just a burning hearth, but when it is dragonbreath or hurled, flaming weapons, it is a problem. As a result, a moment that should read as triumph ultimately comes across as goofy.

It also seems that the younger crowd more easily embraces the HFR look, familiar as they are with the high frame rates in modern video games.

@Totalbiscuit? | Twitter
Film critics are wimps and should probably try videogames to get used to framerates of the 21st century

Ultimately, it may just be a case of waiting for the older generation of filmmakers to retire.

A second argument I’ve seen raised is that HFR reveals problems in CGI and set building. In “The Hobbit: An Unexpected Journey: How Is 48 Frames Per Second?” Mike Ryan writes:

Quite a few things don’t look great in 48 FPS. Most of the scenes that take place outdoors look fantastic, but indoors it was difficult to stop being conscious of the fact that we were staring at a movie set. And the scenes that were heavy on CGI yielded mixed results.

Ryan goes on to note that he could see Ian McKellen’s contacts in one shot.

But when the switch from SD to HD occurred there were similar complaints that the move would increase costs in television production because sets would have to be rebuilt, or built to a higher standard. Ten years later, it seems that we’ve managed the transition to HD quite okay, so switching to 48p (and 4K) shouldn’t ultimately be a problem, even if it does require a little time for the CGI industry and effects crews to catch up.

But are we seeing High Frame Rate, Short Shutter Speed, or Both?
The Hobbit was shot at 48p, but with a shutter angle of 270°. This translates to a shutter speed of 1/64 of a second. The traditional “film look” rule for film is that the shutter speed should be twice the frame rate. For 24p, the shutter speed is usually 1/48 (or 1/50 if your digital camera doesn’t support 1/48.)

One source said the shutter angle for The Hobbit was chosen specifically to work with 24p, though if that were the case, why not shoot at 1/48? Either way, the higher shutter speed will also contribute to a different look to the film, even when viewed at 24p.

In conclusion
If you’re expecting a conclusion, I’m sorry, there isn’t one. It’s just too early to tell how 48P will impact filmmaking over the coming years. The critics expressed some reservations about The Hobbit before it was released, complaining that it was too long and dragged in places, but that doesn’t seem to have impacted the opening weekend figures. The same could be true of 48P.

Jason Gorber’s Cineruminations: THE HOBBIT, 48 Frames Per Second, and A Whole New Journey | Twitch Film
This article offers one of the more thoughtful discussions of high frame rate, and how it is different from 24, and looks at the pros and cons of the images.

Riddles in the Dark: The Hobbit‘s 48 Frames Per Second Explained | Matt Peckham | Time
Talks about the history of 24fps, James Cameron’s efforts etc 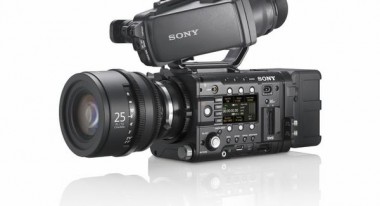 Sony’s 4K Street Prices
To round out the week, the street prices for Sony’s new 4K cameras have been posted by retailers. The PMW-F5 is now advertised with a street price of $16,490 and the PMW-F55 is just under $29,000. That’s $3,000 less than the list price for the PMW-F5 and $6,000 less for the PMW-F55. Every indication is that these cameras will be strong competitors with offerings from ARRI, RED and Canon. RED already dropped prices after these cameras were announced. Who will respond next?