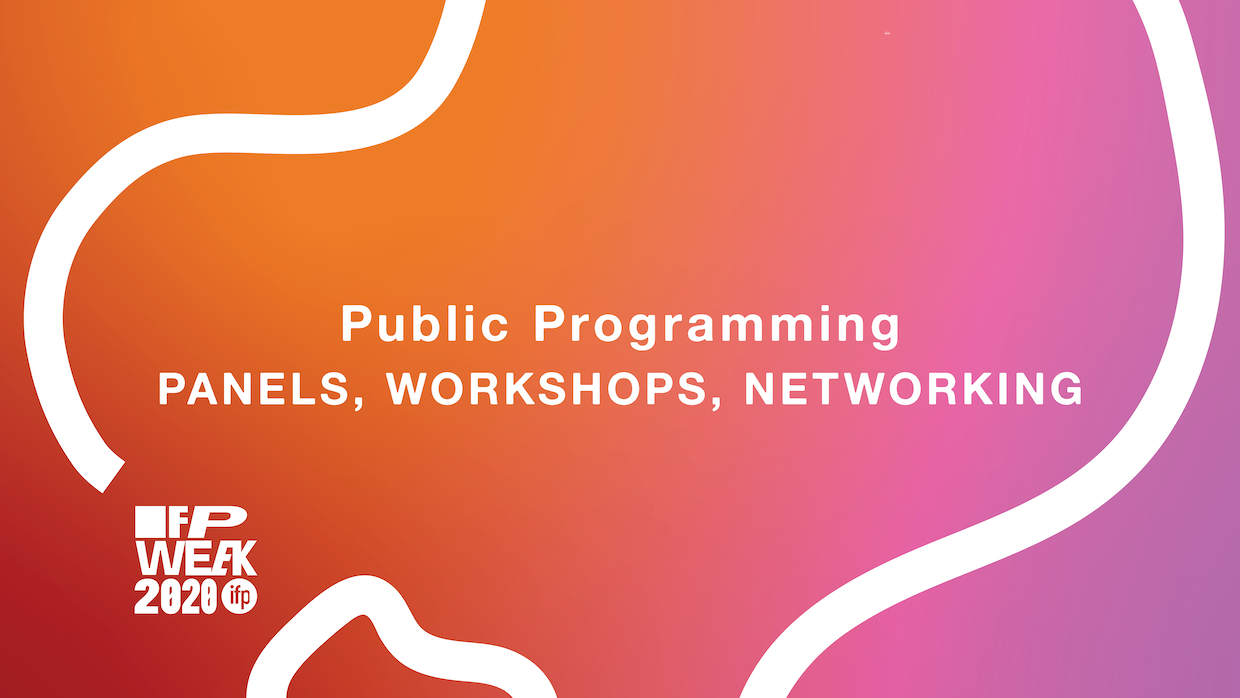 The Independent Filmmaker Project (IFP), Filmmaker’s parent organization, announced today the virtual public programming for the 42nd IFP Week, taking place virtually Sunday, September 20th to Friday, September 25th.  The first four days of the week will be film and TV related programming with the final two days dedicated to audio programming to support creators working in the audio space through the introduction of the first-ever IFP Week Audio Hub. Additional details on audio programming will be shared in the coming weeks.

Kicking off  Sunday, September 20th, IFP Week will feature a series of panel conversations exploring the future of the entertainment industry and how storytellers can continue to create and showcase their work, including:

The day will culminate in a conversation with filmmaker Radha Blank (The Forty-Year-Old-Version) moderated by Terence Nance in the first of three evenings of “Spotlight” conversations.

This year IFP will offer a variety of free programming including panels in partnership with organizations such as Black Film Space, NALIP, ImagineNATIVE, New Negress Film Society and more around topics such as “Blackness and Browness in film,” “Self-Reflection and Power Dynamics in the Documentary Filmmaking Process,” and “The Power to Own It” presented by IFP’s Womxn Owning It program. Additionally, the event will provide IFP members with virtual speed networking opportunities with organizations such as Ghetto Film School and Black TV & Film Collective. Lastly, IFP will share pre-recorded conversations with film offices and organizations such as the Australian International Screen Forum, Mayor’s Office of Media and Entertainment, FilmLA, Missouri Film Office and more around topics related the future of production around the globe.

IFP Week will also host their signature Direct Access program, which are work-shop style sessions exploring specific areas of the industry lead by decision makers and insiders. This year’s sessions will include in depth conversations and Q&As with the Documentary Producer’s Alliance (DPA) around the documentary waterfall guidelines, Ted Hope discussing his illustrious career and what filmmakers can learn from it and an IFP Episodic Labs intensive session with Neerja Narayanan, Ryan O’Nan and Alex Schwarm.

This year’s public programming will also expand to include two days of audio programming, which will highlight talent and executives from industry thought leaders at Audible, Spotify, Wondery, Penguin Random House, and more.  Programming themes will cover topics such as audio production flow, business modeling, and will culminate in a keynote on the future of storytelling in audio. In addition to panels and direct access events, audio programming will feature two nights of previews with exclusive content from a host of exciting new projects. A full release of audio programming, events, and featured speakers to follow.

“As the need for storytelling remains a priority and necessity, we open the 42nd annual IFP Week in remarkable, challenging and changed times,” said Jeffrey Sharp, Executive Director of IFP. “Yet our reach with virtual meetings, panels, and conversations has never been greater in terms of access and collaboration and we are excited to explore these opportunities with our growing community of storytellers.”