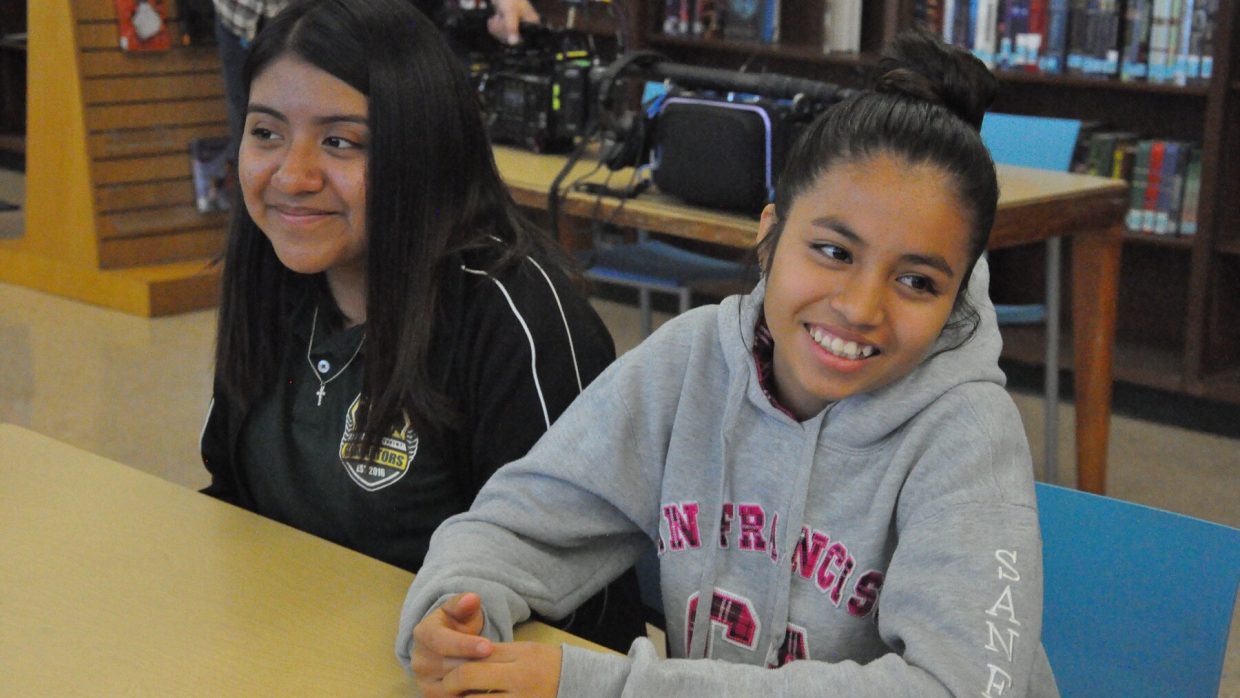 This week is a good one for documentaries, with several excellent non-fiction films on a wide array of subjects newly available on demand and/or DVD. First up is Jennifer Siebel Newsom’s The Great American Lie, which opens today on most major streaming platforms. The film examines class inequality through the lives of five people: a public school principal in an underfunded and forgotten district; a social justice advocate fighting for low-wage women workers; an attorney devoted to criminal justice reform; a steelworker whose community has been decimated by layoffs and opioid addiction; and a Southern conservative single mother working to feed the poor. The five stories are expertly balanced and integrated with dozens of interviews with prominent scholars, political figures and journalists, and the end result is an impressively concise yet comprehensive look at where the American dream went wrong for so many people, and how it can possibly start to go right. The greatness of Newsom’s movie lies in its immense empathy and breadth of perspectives, but it’s also a brutally clear-eyed indictment of the system’s abuses and abusers – it’s a film of anger as well as hope and pragmatic proposals. The same is true of Dawn Porter’s John Lewis: Good Trouble, a rousing tribute to the late U.S. Representative and civil rights activist John Lewis that drops on DVD this week. Porter combines archival footage of Lewis going back to his days as a teenager working alongside Martin Luther King Jr. with contemporary interviews and footage of the congressman just before his death to create an intimate portrait as lively and inspiring as Lewis himself.

A very different – but just as inspiring in its own way, at least for movie buffs – documentary arrives on Blu-ray this week in the form of Eli Roth’s History of Horror. A seven-part love letter to the genre that originally aired on AMC, it does something I would have thought impossible, serving as an accessible crash course for novices that’s also richly satisfying for those of us who have spent way too many hours of our lives watching horror movies. The movies Roth (who serves as host and executive producer) and writer-director Kurt Sayenga cover are mostly familiar classics (Night of the Living Dead, The Exorcist, A Nightmare on Elm Street, etc.), but the insights and context provided by the show’s interviewees are consistently fresh, funny, and infectious in their enthusiasm – I defy anyone who loves scary movies to watch any given episode of History of Horror without immediately throwing on one of the movies that’s been discussed. Roth and Sayenga’s selection of guests is impeccable, ranging from veteran horror authors and auteurs like Stephen King, John Landis and Joe Dante to new-wave masters Jordan Peele, Karyn Kusama and Rob Zombie, with articulate film historians like Amanda Reyes thrown in for good measure. The result is pure gold for horror fans, and the Blu-ray contains over two hours of extra interviews and bonus footage.

Another fine documentary new to DVD is Martha Kehoe and Joan Tosoni’s Gordon Lightfoot: If You Could Read My Mind, a surprisingly joyous portrait of an artist best characterized by his work’s melancholia. Through archival concert footage and interviews with Lightfoot’s peers and admirers, Kehoe and Tosoni make a convincing case for Lightfoot as one of the greatest singer-songwriters of the 1970s and a pivotal figure in Canadian music and pop culture. They also draw a clear line between Lightfoot’s personal demons, from infidelity to alcoholism, and his potent evocations of longing and regret. The film is filled with fascinating insights into both the art and business of folk and rock music during the era in which Lightfoot produced his best material, and it conveys, with irresistible exuberance, just why Lightfoot’s bittersweet songs struck such a chord and were so electrifying in spite of their downbeat origins. The film’s appeal for music lovers goes far beyond Lightfoot too; because his songs were so beloved by other artists who covered them incessantly, there are performances here by Bob Dylan, Elvis Presley, Johnny Cash, Neil Young, and Peter, Paul and Mary, among many others. It’s a testament to Lightfoot’s power on stage that even with all these luminaries his is the image that lingers in the viewer’s mind when the movie is over; it’s also a testament to Kehoe and Tosoni’s skillful storytelling, and their ability to create a film that illuminates its subject without completely robbing him of his enigmatic appeal.

Moving away from documentaries, my final recommendation this week is a pair of films directed by John Guillermin, the swinging 1968 private eye flick P.J. and the elegant Agatha Christie adaptation Death on the Nile (1978). Each film is a nearly perfect example of its type: P.J. as a kinetic, sex and violence infused detective thriller in the Harper mold (with a charismatic George Peppard standing in for Paul Newman); Death on the Nile as a handsomely mounted, all-star murder mystery designed to capitalize on the success of Sidney Lumet’s Murder on the Orient Express a few years earlier. The flashy and deliciously cynical P.J. is hip and contemporary, Death on the Nile a period piece with classical compositions and judicious camera movement and cutting; when one considers that in the ten years between these two disparate movies Guillermin directed a war epic (The Bridge at Remagen), a Western (El Condor), two terrific disaster films (The Towering Inferno and Skyjacked), a Shaft sequel and a really good King Kong movie, it becomes clear that he was one of the most versatile and underappreciated directors of his era. P.J. and Death on the Nile are both new to Blu-ray (P.J. has never been released on home video in any format, as far as I know) via Kino Lorber special editions loaded with great extra features. The standout supplements on both discs are enthusiastic, informative audio narrations provided by filmmakers and historians Howard S. Berger and Steve Mitchell on P.J. and Berger, Mitchell, and Nathaniel Thompson on Death on the Nile. These guys know their Guillermin and they understand the traditions in which he was operating, and their commentaries are essential listening – as are the trio’s commentaries on two other Agatha Christie movies new to Blu-ray, The Mirror Crack’d and Evil Under the Sun. If you’re a fan of Knives Out and want to see where Rian Johnson got some of his inspiration and techniques, these are all highly recommended.