Love Story, The Other Side of the Mountain, Hard to Hold, The Underneath: Jim Hemphill’s Home Video Recommendations 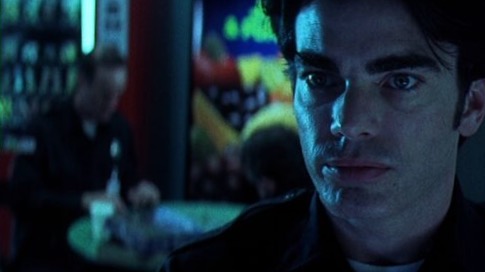 The weeks leading up to Valentine’s Day are flooded with new Blu-ray releases of vintage romances, starting with one of the most beloved and effective of all cinematic tearjerkers, Arthur Hiller and Erich Segal’s Love Story (1970). In a shrewd piece of promotion concocted by Paramount studio executive Robert Evans, Segal wrote Love Story as a screenplay but turned it into a novel while the movie was well along the way to production. The book came out a few months before the movie, became a bestseller, and director Hiller’s “adaptation” of Segal’s literary phenomenon opened to huge grosses. The movie itself is as smoothly engineered as the studio’s marketing conceit, from the frenetically edited early scenes where the giddy rush of Ryan O’Neal and Ali MacGraw’s romance is joyously shared by the audience to the slowed down devastation of the finale, in which Hiller holds uncomfortably long on MacGraw dying in O’Neal’s arms. I’m not spoiling anything here – the opening line of the movie reveals that MacGraw’s character is doomed, and Segal and Hiller use the audience’s awareness of this fact against them, tightening the emotional screws throughout the first hour and ten minutes; every celebratory moment is cruelly undercut by our knowledge of what’s coming. When the inevitable finally happens the floodgates open, because the filmmakers have so carefully manipulated our responses that we’re dying for release. I mean that as a compliment, by the way – while Love Story is calculated, it’s not phony or cynical. It’s earnest and heartfelt, and the spontaneity and chemistry of O’Neal and MacGraw’s performances give life to the formula at the same time that the old traditions give their relationship dramatic weight. Paramount has released a special edition Blu-ray of Love Story as part of their “Paramount Presents” series, with several new and archival special features including a commentary track by Hiller; aside from the fine supplements, the disc boasts a brand-new transfer from a recent 4K restoration that beautifully showcases cinematographer Richard Kratina’s textured New York photography.

Love Story’s structural conceit is utilized to even greater dramatic effect in another powerful 1970s weepie, The Other Side of the Mountain. The resemblance is likely intentional; certainly Universal’s marketing department was interested in exploiting the similarities between the two films when it printed up posters for The Other Side of the Mountain that declared, “Not since Love Story…” above a photograph of stars Marilyn Hassett and Beau Bridges. Hassett is fantastic in the true story of Jill Kinmont, an Olympic hopeful who was paralyzed after an accident on the ski slopes, and Bridges is almost equally strong as her love interest, a daredevil skier and pilot who coaxes Jill back into the world. Adapting a book by E.G. Valens, screenwriter David Seltzer displays the gift for ripping an audience’s heart out that he would continue to hone in movies like Six Weeks, Table for Five and Lucas – when it comes to eliciting tears from the viewer, few scribes have a more reliable track record. (Interestingly, Seltzer’s other area of proficiency is horror; he wrote The Omen and John Frankenheimer’s Prophecy before combining his abilities to scare and affect in Dragonfly.) Seltzer’s script is well served by ace director Larry Peerce, who brings incredible dynamism to the early skiing scenes, delicate poignancy to the later romantic ones, and a pervasive sense of authenticity that makes all of it work like gangbusters. (Interestingly, Peerce was the original director on Love Story but backed out, paving the way for Hiller.) Peerce returned to Kinmont’s story for the 1978 sequel The Other Side of the Mountain Part 2 (with An Officer and a Gentleman screenwriter Douglas Day Stewart taking over for Seltzer), which in its own quiet way is every bit as stirring as its predecessor. Both films are now available as a double-feature Blu-ray from Kino Lorber, packaged with an excellent featurette that contains illuminating production background from the always genial Peerce.

Kino also has a new Blu-ray of Peerce’s 1984 Rick Springfield vehicle Hard to Hold out, and while the movie’s appeal is highly dependent on one’s personal affection for Springfield’s music (as an unabashed fan, I’ve always loved it), the Kino disc is worth a look even for non-enthusiasts thanks to journalist Bryan Reesman’s commentary track. Reesman talks a mile a minute and jams every one of Hard to Hold’s 93 minutes with fascinating trivia not only about Springfield – like the fact that he turned down a role in Philip Kaufman’s The Right Stuff! – but about the movie and music businesses of the era and the position both the movie and album Hard to Hold occupied within them. The movie itself has a much worse reputation than it deserves, largely because Springfield himself, presumably regretful over his decision to make it rather than The Right Stuff, has consistently bashed it over the years. His shame is unwarranted, however; while Hard to Hold lacks the stylistic vigor of the Prince opus Purple Rain, which came out a few months later, its tale of a rock star who falls in love with a spunky child psychologist (Janet Eilber) is presented with warmth and idiosyncratic humor, and the soundtrack – which features songs by Peter Gabriel and Graham Parker in addition to Springfield – is killer.

And speaking of good movies unjustly maligned by their makers, I have to put in a quick final word for Kino’s new pressing of Steven Soderbergh’s 1995 neo-noir The Underneath. Soderbergh disliked the movie so much that it motivated him to reboot his entire career; feeling he had squeezed all the life out of the material with his formalism, he went back to ground zero for the funky DIY comedy Schizopolis, which recharged his creative batteries and sent him on the path that would lead to Out of Sight and beyond. Soderbergh’s self-criticism aside, I find The Underneath to be a fascinating piece of work, an ennui-drenched heist film that turns the bleak worldview of ’40s film noir into the stuff of absurdist comedy. Its depiction of a man so clueless that his attempts to correct past mistakes result in nothing but tragedy provides a provocative bookend to sex, lies, and videotape’s equally lacerating portrait of male self-absorption, and the structural playfulness of Soderbergh’s pseudonymous script is entertaining from beginning to end. Thankfully, critic Peter Tonguette lets the movie speak for itself and provides a far more generous – and, to my mind, more accurate – assessment of The Underneath on his Blu-ray commentary track than Soderbergh has in his many interviews denigrating the film.