Live from CPH:DOX 2021: What to Attend Virtually (And for Free!) 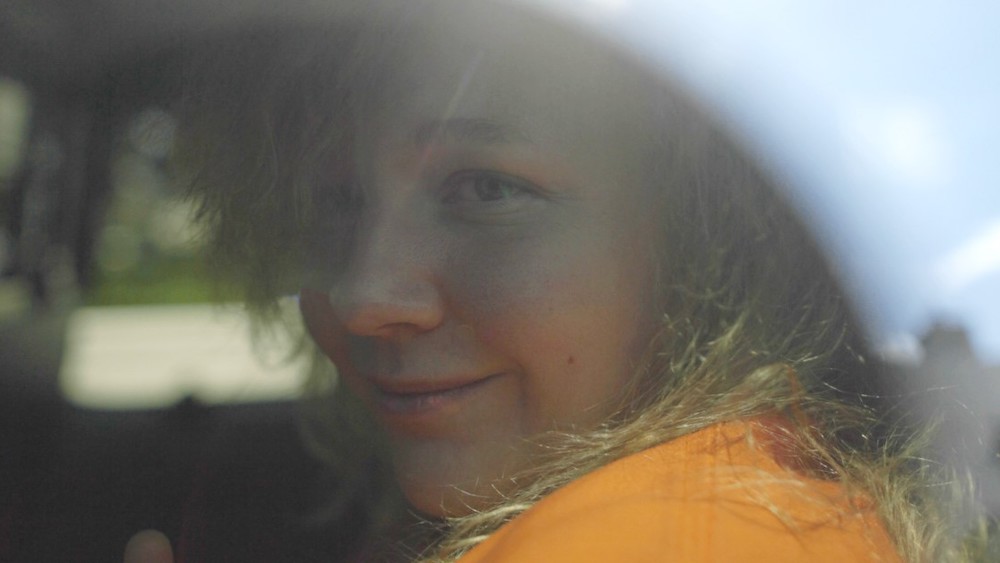 The United States vs. Reality Winner

“Reset!,” the theme of this year’s CPH:DOX, signals a focus “on a number of the most significant structural crises the world is facing today, but also on opportunities that arise and new solutions that present themselves.” This according to a recent press release quoting CPH:DOX CEO Tine Fischer, who will soon be leaving the festival she founded all the way back in 2003 to become the new director of the National Film School of Denmark. To say that Fischer is going out on a high – and highly ambitious – note is an understatement. Having ushered the 2020 edition seamlessly through its last-minute, pandemic-driven pivot to digital, Fischer and her topnotch team will now be presenting a hybrid fest comprised of artist talks, immersive experiences, 40 live debates and 180 films. Not to mention the five-day CPH:CONFERENCE (tickets can be purchased for a single day or for the event’s entirety), divided into sections titled Rebuild: Democracy, Redistribute: Economy, Representation: Power, Rebellion: Climate, and Resilience: Culture. (Among the participants scheduled are “Taiwan’s visionary digital minister” Audrey Tang, Iranian blogger and “fake news expert” Hossein Derakhshan, Hilda Flavia Nakabuye, the founder of Fridays for Future Uganda, economic commentator Grace Blakeley, and the US’s own veteran producer Ted Hope.)

Unfortunately, at least for those of us who reside outside Copenhagen, all those stellar docs on the streaming platform (available April 21-May 5) will be geoblocked to Denmark. The good news, however, is that just about everything else – from the free panel discussions to the 14 projects in the Inter:Active program – will be accessible worldwide (via the platform and also live on Facebook). Which leaves only the perennial CPH:DOX problem: how to choose from a wealth of nonfiction riches. The following baker’s dozen is a good place to start.

An Evening with…
CPH:DOX has long presented an eclectic selection of live talks with names both big and unconventional. And this year’s lineup, despite being all digital, is no exception. Though several of the events I had to scratch off my calendar (really should have spent the lockdown learning Danish), four of the buzziest chats fortunately will be conducted in English.

First up, in conjunction with Spike Lee’s American Utopia screening the fest, is “An Evening with David Byrne,” which will present the Talking Heads frontman in conversation with the Politiken journalist Erik Jensen. Also on hand (online) will be artist Marina Abramović, whose Marina Abramović: 512 Hours will be world-premiering at the fest. (“An Evening with Marina Abramović” will be moderated by curator Tine Colstrup of the one of a kind Louisiana Museum of Modern Art – Denmark’s answer to the sadly defunct original Barnes Museum.) Then there’s “An Evening with The Hong Kong Movement,” in which the directors of When a City Rises (playing in the F:act Award competition), Han Yan and Ip Kar Man, along with protagonist Anson Yip, will chat with journalist Sofie Buch Hoyer about their ongoing fraught fight for freedom from the forces in Beijing.

And last, but certainly not least, is the discussion I’m most anticipating simply for the batshit crazy factor. “An Evening with Slavoj Žižek” will feature the infamous philosopher and the Antigone, How Dare We! (playing in the Highlights section) director Jani Sever in conversation with Deadline, DR journo Steen Nørskov. The trio will be covering “the Greek myth of Antigone and how it relates to the current struggles of EU with migrant crises, Brexit and rising populism.” And also I’m guessing whatever spontaneously springs into Žižek’s rabbit-hole mind.

Uncovering Truth (and the consequences)
The wide-ranging talks – with more than 80 filmmakers! – continue with several high-profile panels as well (which I’m categorizing in line with some running themes). Investigative journalists and whistleblowers are well-represented through four discussions in particular. One event titled “The investigative journalists who uncovered Ibiza-gate” is a chat, moderated by Politiken’s Frauke Gibner, with Süddeutsche Zeitung journalists (and stars of Daniel Andreas Sager’s Behind the Headlines, competing for the F:act Award) Bastian Obermayer and Frederik Obermaier, who not only broke a scandal involving Austrian Vice-Chancellor Heinz-Christian Strache, but were previously involved with the Panama Papers expose.

Rintu Thomas and Sushmit Ghosh, directors of Sundance winner Writing with Fire (also up for the F:act Award), will participate along with their protagonist Meera Devi, bureau chief of the Indian newspaper Khabar Lahariya, in “The unbeatable female journalists of India” panel. (That event, moderated by journo Anna von Sperling, will also include Danish Institute for International Studies researcher Neil Anthony Webster.)

Then there’s a debate titled “The massive doping fraud in elite sport,” featuring investigative journalists Anna Thyrri and Stine Uldbjerg Hansen, the filmmakers behind Too Fast to be True (competing for both the F:act Award and the Politiken Danish:Dox Award). The duo will be chatting with their doc’s protagonist, who blew the whistle on an international coverup, as well as the stars of Lance Armstrong’s worst nightmare – Jens Sejer Andersen, international director of Play the Game, Michael Ask, director of Anti-Doping Denmark, and Verner Møller, professor and doping researcher at Denmark’s Department of Public Health.

Finally, fresh off the heels of Edward Snowden’s virtual appearance at last year’s CPH:DOX, is “Reality Winner: Exposing government wrongdoing,” which unfortunately will not feature the currently incarcerated Air Force vet who tried to blow the whistle on Russian hacking in the 2016 election, but will feature Winner’s devoted family – her mother Billie, stepfather Gary, and sister Brittany. United States vs. Reality Winner (competing for the Dox:Award) director Sonia Kennebeck and producer Ines Hofmann Kanna will likewise be joining the live proceedings to shed light on the saga that sent another NSA employee into the open arms of investigative journalists, this time with far more maddening results.

The Battle for Human Dignity
From the lawless administration of our last president, to anti-union organizing by the likes of Amazon and Uber, we Americans (along with society at large) have been forced to rethink many ingrained assumptions surrounding democracy and capitalism. Fortunately, there’s two CPH:DOX talks for that.

The first, “The fight for democracy in Zimbabwe,” is a conversation, moderated by none other than the festival director herself, between President helmer Camilla Nielsson, whose doc took the Special Jury Award, Verite Filmmaking at this year’s Sundance Film Festival (and is now up for the Dox:Award and the Politiken Danish:Dox Award), and her film’s star, opposition leader Nelson Chamisa. Chamisa spent years bravely challenging Mugabe and his military regime before running against the Zimbabwean strongman’s successor — a campaign that the Danish documentarian also behind 2014’s Democrats followed with nail-biting precision.

In conjunction with Shannon Walsh’s doc about the “new global app proletariat,” The Gig is Up (which is up for the F:act Award), “Platform Economy and the workers’ rights” will tackle the pros and cons of gig world. Joining EU Commissioner Nicolas Schmit will be the co-creator of the cleaning service platform Hilfr, Nicolai Søndergård Kjær; the country manager for the food delivery platform Wolt, Søren Meier Svendsen; and the Danish trade union 3F head of Private Service, Hotels and Restaurants, Tina Møller Madsen, who has successfully organized such platforms. (I’m guessing Jeff Bezos won’t be tuning in.)

The Brain
Neuroscience geeks rejoice! Not one but two panels this year will be devoted to the actual process of thinking. Moderated by Politiken’s international editor Michael Jarlner, “The human brain vs. artificial intelligence” looks to be a lively exchange amongst academics with a wide range of expertise. Head of the research platform Digital Transformations, Mikkel Flyverbom, will join science journalist and neurobiologist Lone Frank, and neuroscientist Christof Koch (featured in Jean-Stéphane Bron’s The Brain, screening in the Science section).

In “The race to create the world’s first artificial brain,” moderated by Techtopia podcast host Henrik Føhns, the panel will include David Budtz Pedersen, a professor at AAU; Silvia Tolu, a professor in neurorobotics at DTU Compute; and the robot expert (and professor at DTU Compute) Thomas Bolander. And also chiming in on the ethics of the Blue Brain Project, among other contentious topics, will be New York Times tech journo Kevin Roose (whose podcast Rabbit Hole made a lot of us wonder if algorithms are the 21st century’s A-bombs).

Most Intriguing Title of the Live Event Program
If there were such an award, “Tripping in the world of mushrooms” would surely take the prize. Marion Neumann, director of The Mushroom Speaks (a likewise terrifically titled Dox:Award competitor) will be joined by Jacob Heilmann-Clausen, associate professor at the Center for Macroecology, Evolution and Climate, anthropologist Anna Tsing, and Ebbe Korsgaard, the director of BeyondCoffee. According to the event description, the panel will explore “the biology of mushrooms and spores – and how they can be an inspiration for us as people and societies.” Trippy.