“She Can Only Function in the Dark”: Writer/Director Corinna Faith On Her Female-Led, ’70s-Set Ghost Story, The Power 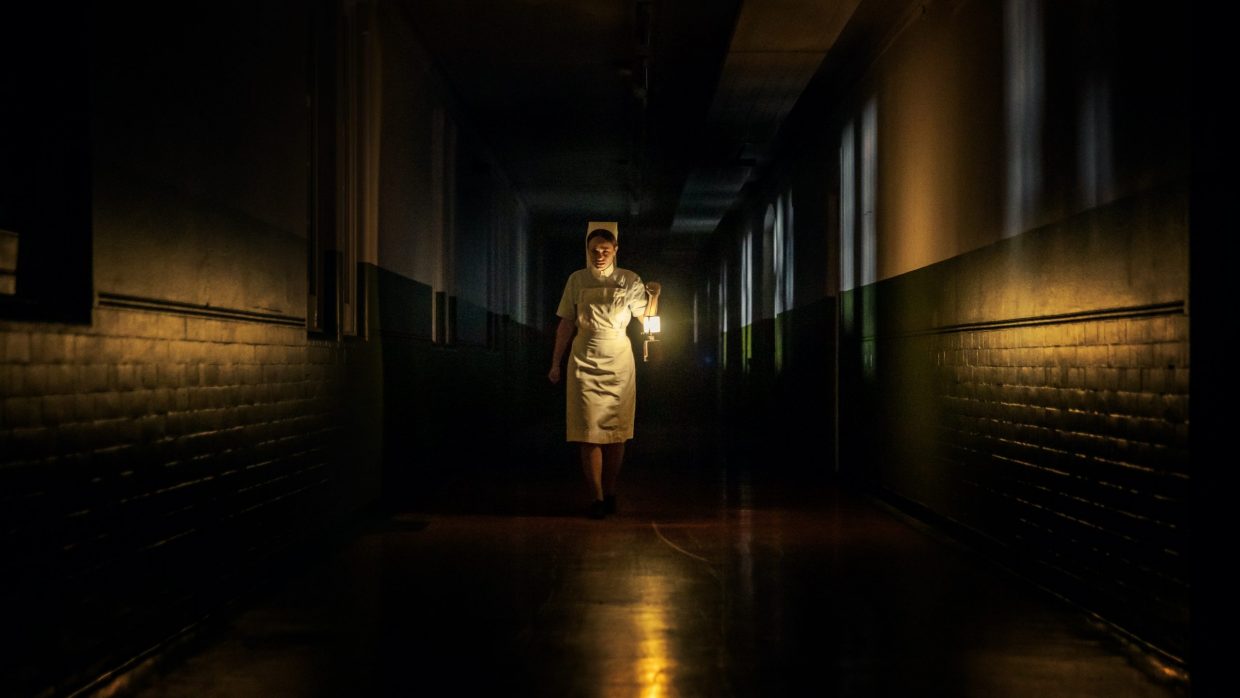 Set during London’s so-called “Three-Day Week” period — just over two months in 1974 when Conservatives in Britain rationed electricity as part of a dispute with the coal miners whose output supplied most of the country’s energy — Corinna Faith’s The Power is an impressively accomplished debut feature that yokes a classic ghost story to the dynamics of the contemporary #MeToo movement. Val is an apprentice nurse working her first night shift in an aging East London hospital. There are plenty of shadows as lights go out in unused areas, and gas lanterns are the most frequent source of illumination. From those shadows emerges a kind of demonic ghost, Gail, whose spirit haunts the hospital following her abuse there. While summoning planet of dread from the twilight atmosphere, Faith gradually enlarges the thematic scope of her tale, incorporating into her storyline a very contemporary inquisition into the silencing of female voices. I interviewed Faith via email, and below we discuss the history behind her film, how she made a first feature nearly two decades into a directing career, and the relevance of the #MeToo discussion to The Power. 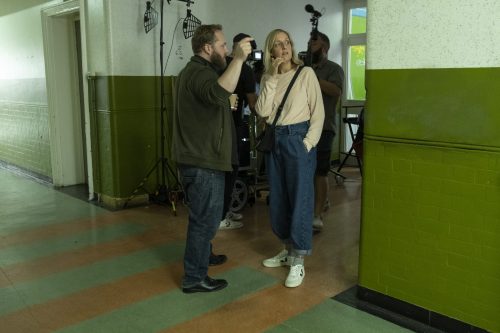 Corinna Faith on the set of The Power (Photo Credit:Laura Radford/Shudder)

Filmmaker: Tell us about your professional path to make The Power, which is coming 16 years into a career that has included shorts — doc and fiction — as well as television series work. How did you move into features, and was The Power the film you wanted to make from the start, or was it one in a series of projects?

Faith: I wasn’t very happy in factual TV in the end. So I started writing drama and got lucky enough to make some shorts. Getting a short BAFTA-nominated helped, as I got an agent. I wrote a horror feature, and it came close to being made. It was gutting that it didn’t get made, but it did make me feel it could happen. So I pushed on. I did want to make a first feature in the horror territory as it’s a great area to show visual style and be creative. It’s very technically challenging making genre stories too, so I knew I’d learn a lot.

Filmmaker: When did you first learn about the “the Three-Day Week” period and the London blackouts, and when did this historical knowledge become part of the project? Was it a starting point or a historical layer that came later? And why was it important to set the film in the ’70s as opposed to today?

Faith: I started developing this project seven years ago. I had the idea for a story about a soul lost in the system that other people cannot see after a series of horrible institutional abuse scandals were exposed at that time here in the UK. I felt distress at these young silenced voices, and it felt like a ghost story. One in particular took place in the 1970s. Looking around for more context I came across an image of a woman doing her job as a secretary by gas lamp in the pitch dark. This all collided and became the story and the setting. I knew a little about the Three-Day week, but not much. Learning about this part of my country’s history has been eye-opening. But I always intended that this would be a historically set story that spoke to themes relevant today. Things may have been more openly permitted then and overt. But there is nothing in the story that couldn’t happen now.

Filmmaker: Tell us about the film’s hospital setting. Was this a build on a stage or a location? And what were the architectural elements you were most concerned with while working with your production designer in terms of both story and theme?

Faith: We shot entirely on location at a hospital called Goodmayes, in East London, that had been recently closed and in favour of a more modern site. It was a psychiatric hospital in the past. I was especially cornered to find a location with genuinely long corridors, and with scale enough in a ward to allow for the light to drop into darkness behind our characters when we wanted it to. I needed enough scale to play with the dark and light and get the atmosphere into the frame.

Filmmaker: There’s a sequence where a series of violent acts are depicted in quick flashbacks — in one instance, explaining what’s happened to one character that we’ve been wondering about. What were some of the ideas you played with in the edit with regards to the reveal of information?

Faith: We played around with what Val might know and what we would let our audience know a huge amount during the edit. In the end it felt right that we don’t know much at all until Val does, as this story is all about the information we hold back from ourselves as well as others. And the things no one wants to see. I also didn’t mind if it wasn’t all totally obvious as we move through the story. It’s a highly disorientating night for our main, Val, so I wanted a flavor of that for viewers.

Filmmaker: Regarding the character of Gail, the ghost who haunts the hospital and possesses Val, your heroine, what sorts of rules did you envision during the screenwriting phase to govern the way she’d function in the world?

Faith: There is one main rule and that is that she can only function in the dark, or at least darker spaces. The power cuts being long and overwhelming that night give her the space to reach out. In the end the dark element became a little more flexible, and the most important thing felt like it was to express that Gail is targeting Val specifically. That was always present in the script. But the logic of that felt crucial in the edit, where other things fell away.

Filmmaker: You’ve spoken in other interviews about the importance of the #MeToo discussion to the film. How specifically did it inform the theme of the woman’s voice — both heard and unheard — which is present throughout the film?

Faith: The themes were all present already in the script, and remained unchanged. But I re-wrote the ending in response to that outcry and movement. I was previously working in a space where people were hardly able to speak out at all, and that shifted a little. I had an ending that involved Val being sucking into a conspiratorial silence on events, reflecting that feel. But after #MeToo i felt it important to end on a more cathartic, angry note, with a sense of solidarity for our three girls.

Filmmaker: Finally, what ghost stories — either cinematic or otherwise — have scared you, and at what times in your life?

Faith: I guess Nightmare on Elm Street is a kind of ghost story. Freddy Kruger haunts people. That series was a big problem for me when I was younger. It made sleeping extremely hard. An inescapable horror concept. A lot of my positive relationships with this genre are a kind of sentimental joy of sharing big experiences with groups of girlfriends at sleepovers at which I literally never slept as my brain was too fried.

Like many people, I don’t think I ever recovered (in a good way) from watching The Shining. Which I think you can sense in this film.

Oh, Whistle, and I’ll Come to You, My Lad (black-and-white BBC TV version) scared the socks off me for atmospheric reasons I can only speculate on. As did Jack Clayton’s wonderful The Innocents, which this film also draws on a lot.

If anyone can sense Asian horror traditions in The Power too, they are right. The Korean film Tale of Two Sisters never left my head after I saw it. Terrifying. And emotional too.