Digital Fragments: Using NFTs and the Blockchain to Aid in the Creation of New Media Work 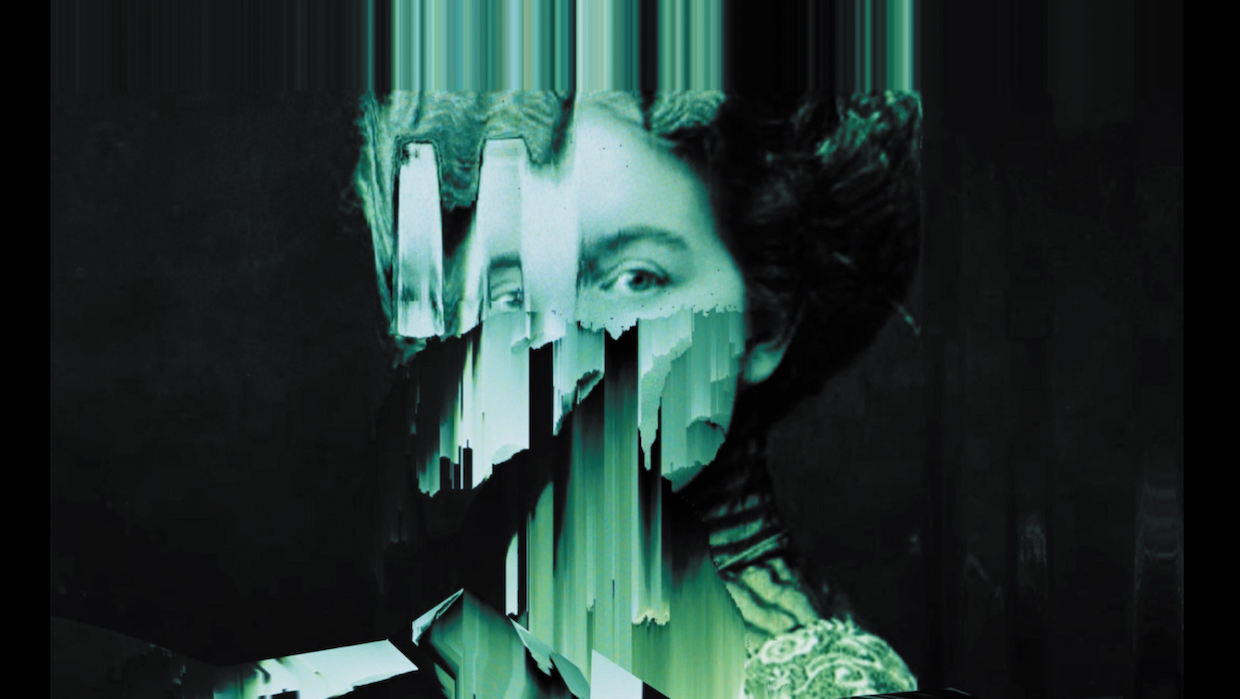 The pilot announces that we’ll soon be pushing back on the tarmac, and I start to spread out. Just then, bursts of laughter cut through the air, and the expectation of a spacious flight to Los Angeles rapidly disappears. It’s 2018, and I watch as a pair of 20-somethings, who look as if they’ve just stepped out of a panel at Comic-Con, come bounding down the aisle. Both are wearing cat ears attached to a plastic arch that rests on their heads.

Settling into the two empty seats by my side, they are animated, their chatter is infectious. When I hear their conversation turn to breeding kittens, I finally ask the one sitting next to me what they’re talking about. There’s a brief silence before they reply and tell me that earlier that day, they sold a CryptoKitty to a collector in Japan for $15,000.

Powered by the blockchain, CryptoKitties are “bred” by spending cryptocurrency that leverages smart contracts to authenticate the ownership of these so-called kitties, which are, in fact, digital assets. Smart contracts are code stored on a blockchain. They memorialize the terms of a contract when predetermined conditions are met. By removing the need for intermediaries, the smart contract can quickly automate workflows when certain predetermined events or conditions occur. In other words, smart contracts are a layer to the blockchain that ensures that what the parties deem important is executed accurately, efficiently and with transparency.

The Rise of NFTs

CryptoKitties are an early example of what are now referred to as nonfungible tokens (NFTs). NFTs are a way to assign transferable ownership to a digital asset, a sort of cryptographically signed certificate of provenance similar to the kind of documentation that traditionally accompanies a collectible item or work of art. (It’s also worth noting that the transfer of an NFT does not signify the transfer of its copyright.)

During the past six months, NFTs have exploded in popularity. There have been a slew of press stories, some of which were even turned into NFTs by the likes of The New York Times and Quartz and auctioned for large sums. NFT-related companies appear in top VC investment portfolios, and the entertainment industry is using the tech to discover new IP as well as to market and promote existing film and TV properties. SNL even satirized the trend in a skit this past spring.

But what will remain after the hype around NFTs fades rests in the potential of smart contracts combined with the ability for a transaction to be authenticated, both of which are foundational to the decentralized nature of the blockchain.

Despite their exciting potential, I have philosophical and environmental concerns about NFTs. They have ushered in a gold rush that encourages scarcity and, in some instances, the elimination of digital works from the internet. For instance, the Davies-Carr family made the removal of their viral video “Charlie Bit My Finger” from YouTube a condition of the sale of their NFT. Their objective: limit access to drive up the price. (After the 55-second clip sold at auction for more than $750,000, the buyer ultimately decided to leave Charlie and his brother Harry on YouTube.) Meanwhile, environmental concerns have led me to switch from Ethereum, which uses a method—a proof-of-work protocol—that incentivizes those who mine it to use extreme amounts of energy, to the Tezos blockchain, which uses the more eco-friendly proof-of stake protocol.

With that said I’d like to share some of my recent learnings as well as thoughts on how the blockchain, smart contracts and NFTs can aid the development, production and distribution of media work.

In early March, I found my way onto Hic Et Nunc (HEN), an open-source crypto art creation and collection platform. What makes HEN unique is that it is owned by its community. Those who use HEN have a say in the design, direction and governance of the platform.

While only a few months old, HEN has become the largest marketplace, in terms of daily traffic and transactions, for crypto art. As I write this article, HEN has upward of 20,000 artists from around the world, and more than 150,000 pieces of art have been uploaded to the platform.

A strong and growing aspect of HEN is the diversity of its community. In spring 2021, HEN artists Amelie Maia and Tais Koshino set up DiverseNFTArt to support and amplify the voices of women, BIPOC and LGBTQIA+ artists. To date, they’ve twice staged OBJKT4OBJKT, large, platformwide initiatives that have artists creating and exchanging art in an effort to encourage an inclusive artistic community.

There also have been numerous fundraising efforts on the platform. Artists donate works, with proceeds of their sale supporting efforts related to social causes such as climate, education and/or political reform. The fundraising model is interesting in that it leverages the platform’s secondary market feature, which any artist can use. When minting an NFT, which is called an OBJKT on the platform, HEN artists are able to set a royalty of 10 to 25 percent that is collected and paid instantly every time a work is resold. This emerging secondary market on HEN is driven by the platform’s strong and growing artist/collector base.

In addition to being more eco-friendly, Tezos’s “minting” costs a fraction of other cryptocurrencies, which means that users can add art to the blockchain for less than a dollar. Using Ethereum, on the other hand, can cost more than $100 per artwork on some platforms/marketplaces.

HEN has an open API that enables the community to create OBJKTs in response to external data sets. For instance, I’ve been experimenting with an interactive OBJKT for my immersive documentary, Where There’s Smoke. The project, which started as an experience for four people set inside a 1,400 square foot storefront, premiered at the 2019 Tribeca Film Festival. Slated to travel in 2020 as a physical installation, the project was reimagined amidst the pandemic as a virtual experience for 100 or more participants. The virtual version of Where There’s Smoke subverts productivity tools like Zoom and Miro (a whiteboarding platform) and turns them into collaborative storytelling and sense-making tools.

Where There’s Smoke explores life, loss and memory through the lens of my dad’s battle with cancer and my obsession to discover the truth about two mysterious fires that devastated our family before my dad died. The aesthetic of the piece is the feeling of being clouded as you attempt to navigate the nonlinear process of grief.

I’m leveraging OBJKTs in two ways for the upcoming shows of Where There’s Smoke. In both cases, participants of the immersive show will be given an opportunity to purchase art in the form of HEN OBJKTs (NFTs that will then become part of the work).

1 — Data collected during the live performances will be based on participants’ interactions and will shape the OBJKT over time. For example, things the audience types, clicks on, moves and/or rearranges within the Miro board will be captured and converted into a series of conditional statements. If a number of participants type a certain phrase or word or they all gather around an object in the Miro board at the same time, or if they move or rearrange a specific element within the board, the artwork/OBJKT they purchased before the show will begin to fade. Over a number of shows, the data collected will alter the piece of art, making it darker and darker until it disappears. The OBJKT they have collected will fade over time, just like memories do.

2 — The ticketing for the show will be done via the selling of art. Each ticket is an OBJKT—a piece of art that I create using one of my dad’s firefighting photographs as a foundation. My dad was a volunteer firefighter and amateur fire scene photographer. He shot thousands of 35mm slides of things in various states of burning. The art becomes a ticket for the immersive show as well as the means to download a digital book that we’ll be releasing in 2022. Those who purchase the art will have the opportunity to resell it and keep the proceeds. Meanwhile, we will see a 10 to 25 percent royalty in perpetuity, no matter how many people collect or sell the work.

An exciting opportunity to leverage the blockchain for storytelling resides within smart contracts. The current thinking around NFTs is based on an old mindset—one of scarcity. Yet we find ourselves in a digital world of abundance. What if the blockchain and smart contracts could be harnessed as a creative expression that empowers collaboration while providing a level of personalization? What if the transactional nature of the blockchain could be used to build worlds, create characters and shape stories? Each microtransaction on the blockchain can set a cause and effect into motion, specified within series of smart contracts. Elements of such an approach can be seen in the customization of CryptoKitties or in the way that the community at the center of HEN is shaping the direction of the platform.

At Columbia University School of the Arts’ Digital Storytelling Lab (Columbia DSL), we’re launching a new open prototype to explore our futures, digital and physical, by creating story blocks using the language of fairy tales and the blockchain. During the next year we’ll be laying the foundation for a “copyleft” collaborative storytelling experiment that challenges the authorship and ownership of stories. Building upon previous Columbia DSL works, such as Sherlock Holmes & the Internet of Things and Frankenstein AI, the goal of the fairy tale project will be to examine the cultural, ethical, political and technological impact of emerging decentralized technologies. We find ourselves at a critical crossroads where we have the ability to help shape the next generation of technology that could radically shift the way that stories are funded, produced and distributed.

Read this article’s companion piece, Getting Started with NFTs on Hic Et Nunc.