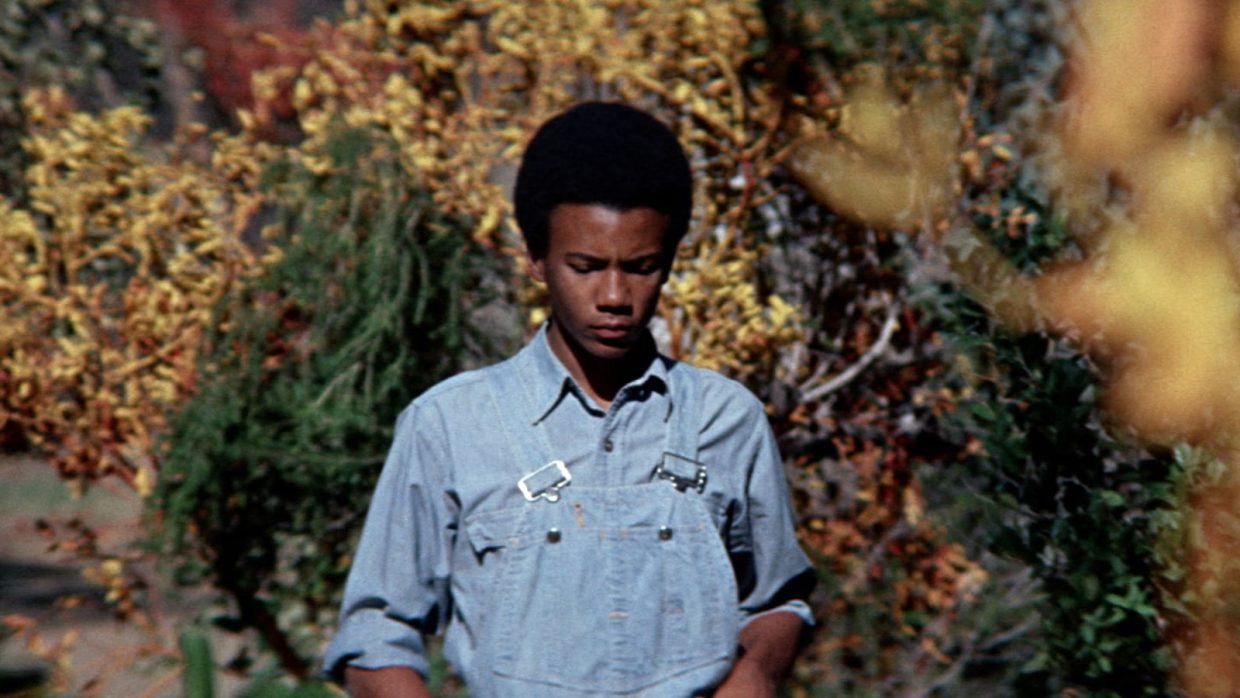 1992 was a year of high points for filmmaker Ernest Dickerson, who ended his career as a director of photography with Spike Lee’s majestic bio-pic Malcolm X and began life as a feature film director with the superb teen noir Juice. While Malcolm X may have been more epic in scope, Juice was, in its own compact way, a work of strong ambition and audacity as well, a flawlessly executed coming of age tale that borrowed from Mean Streets, Italian neorealism, and German expressionism but synthesized its influences with Dickerson’s awareness of contemporary New York street life to yield a one of a kind masterpiece. The first half of the film is a beautifully observed dramedy about the daily lives of four friends (including Tupac Shakur in his first, and best, starring performance) who spend their days hanging out, dodging truant officers, and in the case of an aspiring DJ played by Omar Epps, dreaming of better things. Around halfway through the movie, the screenplay by Dickerson and Gerard Brown shifts gears to become a searingly suspenseful crime film, with both halves unified by one of the great hip-hop soundtracks of the 1990s and Dickerson’s careful attention to sociological and architectural details. At the time of its release Juice was lumped in with other black films like Boyz N the Hood (which Dickerson was accused of ripping off even though he wrote Juice years earlier and was in production before Boyz opened), but it really stands apart as something special, a piece of finely tuned personal genre filmmaking that stands proudly alongside classic fatalistic crime pictures like Raoul Walsh’s White Heat and High Sierra. Juice looks and sounds better than ever in a new 4K release from Paramount that contains a great commentary track by Dickerson as well as documentaries exploring the film’s production and its music.

Ernest Dickerson is a contributor to one of my other recommendations this week, Criterion’s new Blu-ray release of Gordon Parks’ The Learning Tree (Dickerson is one of several erudite Parks admirers interviewed for the disc’s extraordinary supplementary features). Adapting his own autobiographical novel, writer-producer-director Parks made one of the all-time great feature debuts with this film, a cinematic extension of his still photography work for Life magazine that combines lyrical, impressionistic imagery with an unblinking perspective on the brutal reality of black life in 1920s rural Kansas. Triple threat Parks is as skilled at the micro (intimate details relating to the psychology and relationships of his young lead, played beautifully by Kyle Johnson) as he is the macro (a broad and complex anthropological overview of Midwestern values), with a writer’s appreciation for nuance and a photographer’s gift for clarity and economy of expression. The Learning Tree is hopeful and disturbing, poetic and precise, daring and traditional all at once; its surface simplicity belies the many layers of meaning and emotions roiling underneath. Criterion’s special edition of The Learning Tree contains not only a glorious transfer that showcases veteran cinematographer Burnett Guffey’s stunning imagery but a wealth of essential extra features including two early shorts by Parks and a pair of informative vintage documentaries on the making of the film. Taken together, the film and extras present a sweeping and revelatory look at Parks’ background, his moment in Hollywood history, and his broader role in American arts and letters from the 1950s-1970s.

My final recommendation this week is, like The Learning Tree, another film from 1969: the American International Pictures exploitation flick The Devil’s 8. The Devil’s 8 is hardly a comparably accomplished work of art, but it is extremely entertaining and historically significant in its own way, as the screenwriting debut of two scribes who would go on to write several modern classics. John Milius (Big Wednesday, Apocalypse Now) and Willard Huyck (American Graffiti, Indiana Jones and the Temple of Doom) were working in AIP’s story department under executive Larry Gordon (who would himself go on to bigger and better things like producing 48HRS. and Point Break) when they were tasked with rewriting a James Gordon White script designed to capitalize on the recent success of The Dirty Dozen; as Milius later recalled, “It was called The Devil’s 8 because they didn’t have enough money for a full dozen.” The end result doesn’t really have much in common with The Dirty Dozen aside from the concept of hardened prisoners being recruited to pull off a job; whereas the suicide mission in The Dirty Dozen was a large-scale military operation, in The Devil’s Eight the convicts are called upon to infiltrate a relatively small moonshine ring. Appropriately given the movie’s low-budget origins, it lacks The Dirty Dozen’s scope and professionalism, but what it lacks in polish it makes up for in energy; the cast (Christopher George, Larry Bishop, Fabian, Ralph Meeker, etc.) chews the Southern scenery with relish, and the film is jammed with car chases and stunts that are probably more impressive now for their CGI-free sense of reality than they were at the time of the film’s release. A new Kino Lorber/Scorpion Blu-ray includes an interview with Bishop in which he amusingly describes the conditions of the production and his career in its context.