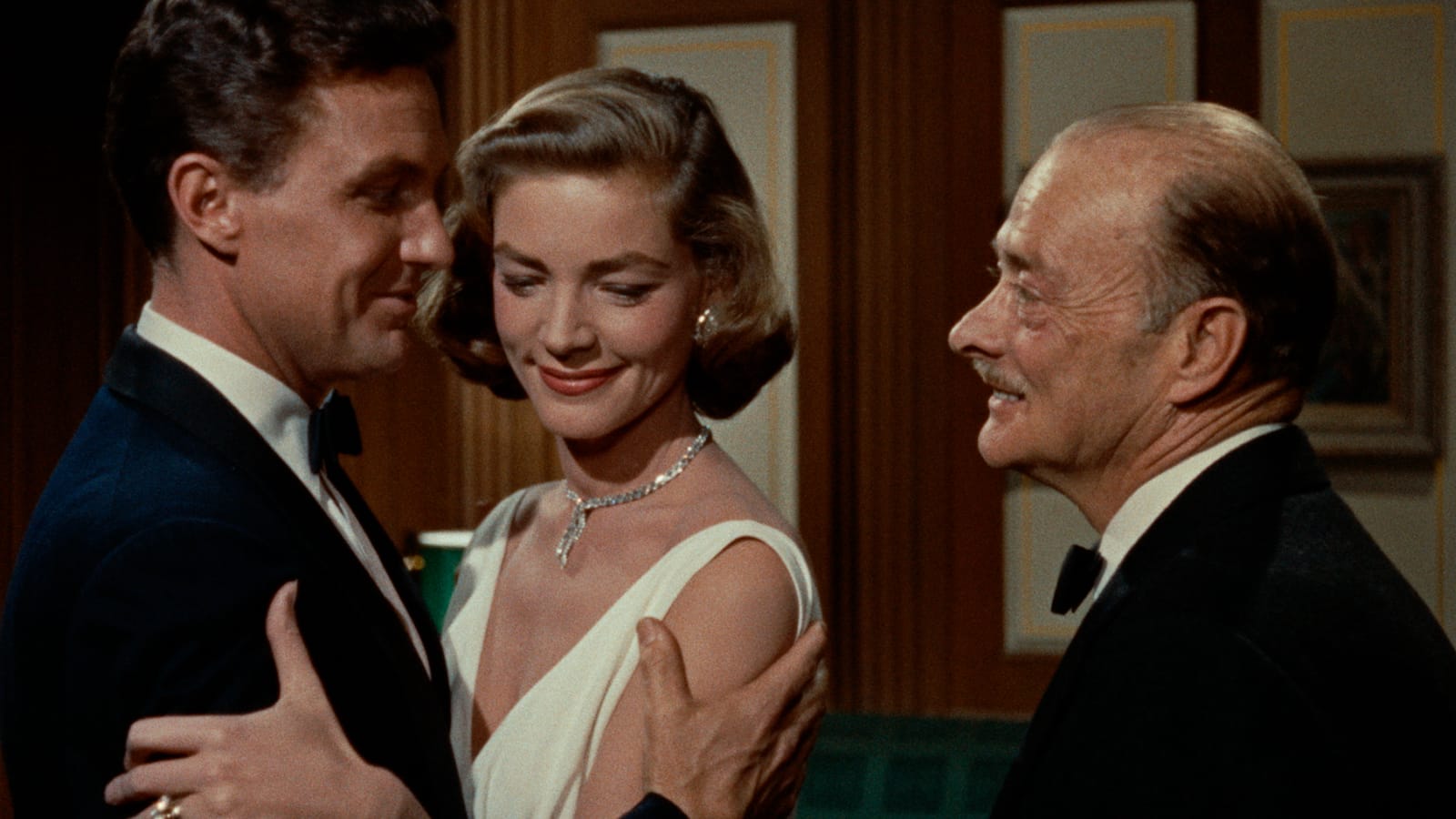 Written on the Wind

When German director Douglas Sirk fled the Nazis in 1937 and planted his flag in Hollywood, he quickly became a reliable studio craftsman equally adept at war films (Hitler’s Madman, Mystery Submarine), musicals (Slightly French), comedies (No Room for the Groom, Has Anybody Seen My Gal?) and Westerns (Taza, Son of Cochise). Nevertheless, today his reputation rests almost entirely on the melodramas made in the last five years of his career: movies like Magnificent Obsession, All That Heaven Allows, and The Tarnished Angels, whose heightened emotions justify Sirk’s most delirious flights of visual fancy. A brilliant smuggler, Sirk had it both ways in these films, giving the mass audience what it wanted in terms of romance and consumer porn while savagely critiquing what he saw as the empty values at the core of the luxurious lifestyles he was so lovingly presenting. Perhaps the purest distillation of Sirk’s genius is his 1956 masterpiece Written on the Wind, one of the most beautiful movies about ugly behavior ever made. Like that same year’s Giant (which shares a star, Rock Hudson, with Written on the Wind), Written on the Wind is a study of wealth and privilege run amuck in a family made rich by oil money; the brother and sister at its center, played by Robert Stack and Dorothy Malone, begin the story out of control and spiral down from there, anchored in the narrative by stable and sturdy Hudson (as Stack’s childhood friend and the object of Malone’s sexual obsession) and regal Lauren Bacall (as Stack’s wife and the object of Hudson’s desire). Sirk and screenwriter George Zuckerman provide a rock solid structure for their emotionally frenetic characters that imposes organization and form on lives that have none; it’s masterful cinematic storytelling, and it gives Written on the Wind the complexity that has made it a favorite among film theorists and academics for decades. The use of color is particularly stunning, especially on Criterion’s new Blu-ray edition, which boasts by far the finest transfer of Wind that I’ve ever seen. The disc also comes with two excellent supplements, a documentary on Sirk’s work with actors and an interview with scholar Patricia White that skillfully elucidates Wind’s themes and motifs.

While Sirk stayed in the studio system (where he finished his career with his greatest film, the 1959 melodrama Imitation of Life), his fellow German émigré Robert Siodmak returned to Europe after spending the 1940s in Hollywood cranking out almost a dozen classic film noir pictures like The Killers, Criss Cross, and The Spiral Staircase. Most of Siodmak’s 1950s output has been difficult to access in decent condition, which makes Kino Lorber’s Blu-ray release of his 1957 thriller The Devil Strikes at Night a cause for major celebration. Part horror film, part noir, part World War II movie, The Devil Strikes at Night is a remarkable combination of social critique and genre exercise, with Siodmak taking the conventions of the serial killer subgenre (the film consciously references Fritz Lang’s M and other films of that ilk) and using them as a vehicle for a consideration of a culture in moral freefall. The story of a homicide investigation set against the backdrop of 1943 Berlin, The Devil Strikes at Night presages the work of novelist James Ellroy with its intricate probe into corruption in all its personal and political forms; the Germany depicted is one in which every interaction and decision is morally tainted from the outset by the realities of living under Nazi rule. Siodmak and screenwriter Werner Jörg Lüddecke keep a firm grip on their complicated material, balancing multiple characters, storylines, and thematic preoccupations with clarity and force – this is as compelling a movie as Siodmak ever made in Hollywood, and at the time of its release The Devil Strikes at Night was honored with a foreign language film Oscar nomination (it lost to Fellini’s Nights of Cabiria). It slipped into obscurity not long afterward, but Kino has resurrected this essential film with a spectacular transfer and a terrific audio commentary by the always illuminating Imogen Sara Smith. She expertly analyzes The Devil Strikes at Night’s considerable visual and literary virtues and places it in the context of both Siodmak’s career and the German film industry as a whole, giving this neglected gem the attention it deserves.

My final recommendation this week is a more recent but equally absorbing take on serial killers, the 10-episode Showtime reboot Dexter: New Blood. The original Dexter that aired from 2006 to 2013 contained some of the most nerve-jangling storylines I’ve ever seen on television – the “Trinity Killer” thread from season four was as viscerally horrifying and profoundly tragic as movies or TV get – but the series finale was, to put it charitably, a little disappointing. Last year showrunner Clyde Phillips, who left the original Dexter after that mesmerizing fourth season, returned to the franchise to give it a more satisfying resolution, and Dexter: New Blood not only made up for the lackluster final season but took the title character in surprising directions that threw the entire series into new perspective. New Blood is the perfect reboot, a show with total respect for and understanding of the original that isn’t a slave to its source; Phillips and his collaborators – who include fellow Dexter veterans like writer/producer Scott Reynolds (a key creative force behind the great Jessica Jones who does some of his finest work to date on the episodes he writes here), director Marcos Siega, and production designer Eric Weiler – deliver on the earlier series’ greatest strengths but come at them from different angles both philosophically and geographically (moving from the original’s Miami setting to wintry upstate New York yields a wealth of dramatic dividends). Michael C. Hall is better than ever in the lead role, simultaneously clearer and more subtle when transmitting Dexter’s often contradictory impulses, and he’s well served by a top-notch supporting cast; Clancy Brown as Dexter’s nemesis and doppelganger is particularly chilling and nuanced. Indeed, one of the reboot’s greatest pleasures is the breadth and depth of the cast, as each role is filled out by an actor who gives the sense of an independent life outside the narrative; as doomed runaway Chloe, for example, Skyler Wright expresses a complex vulnerability laced with anger and fear that makes her final moments as harrowing as anything in the show’s history. Dexter: New Blood is newly available on Blu-ray from CBS Home Entertainment in both Steelbook and standard editions that beautifully showcase the show’s widescreen images (shot in a full ’Scope aspect ratio instead of the 2:1 compromise so often found on television) and come with an assortment of behind-the-scenes featurettes.