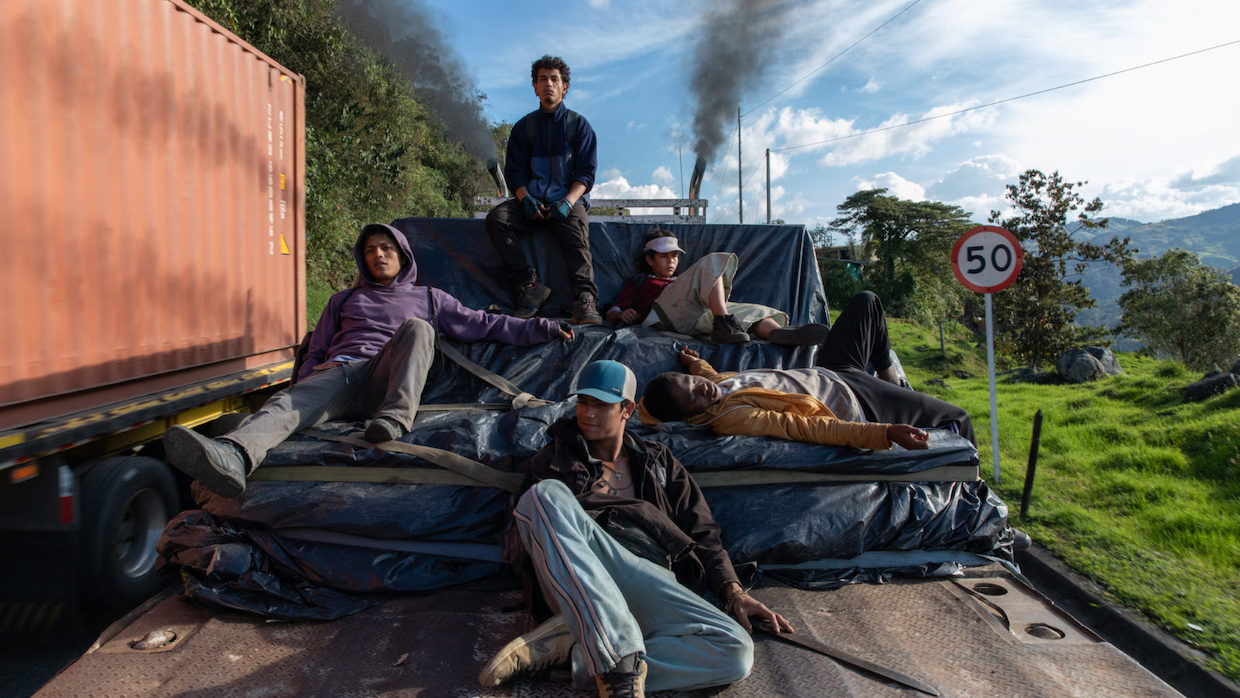 The Kings of the World

It might have been notching up its 70th birthday, but rather than reminisce about the past San Sebastian continues to focus on new voices, as evidenced by a set of award winners  full of up- and-coming talent. Though the festival on Spain’s northern Basque Country coast managed to continue during the pandemic, this year was the first time since 2019 that a real sense of normality resumed. That meant more guests were able to return as restrictions eased—including David Cronenberg and Juliette Binoche, both picking up life-time achievement Donostia Awards—while masks were no longer required in cinemas.

Picking up his Donostia, Cronenberg—whose Crimes of the Future screened at the festival—said: “I used to think that a lifetime achievement award was a message to me saying ‘It’s time to stop, you’ve made enough films’ […] A way of telling me: ‘Basta, stop’. But I have since come to realise and especially with an award like this, at a festival with so much history, given in such a beautiful city, that it really is an encouragement to me to make more films.”

The festival itself has come a long way since its first edition in 1953 hosted just 19 movies, with current director José Luis Rebordinos this year showing almost that many in the Official Selection competition alone, with other rich areas of programming including the New Directors strand and Horizontes Latinos, the Latin American showcase. Although there were established names in this year’s competition, including French director Christophe Honoré’s biographically inflected Winter Boy, fresh from TIFF, Korean director Hong Sangsoo—whose Walk Up will also be at NYFF, along with The Novelist’s Film—and Sebastián Lelio’s The Wonder, director Laura Mora took home the Golden Shell for best film with her second feature, The Kings Of The World.

Her film is a striking mix of harsh reality and almost otherworldly incident as she charts the tale of a group of street kids from Medellín, who embark on a journey to try to reclaim land left to one of them by his grandmother, previously seized by guerilla group FARC during the country’s long conflict. There’s a dreamy edge to their encounters as they head out of the city and experience everything from a surreal night at a bordello run by aging sex workers to brutal fights with locals. The film is packed with strong imagery—from a repeatedly glimpsed white stallion, the significance of which is ultimately playfully undercut—to a moment when a bike appears almost to hang like an apparition in the fog after it is tossed from a bridge.

A similarly bold mixing of the real and the imagined was also present in two more of this year’s award-winners, hybrid films La Maternal and Pornomelancholia. La Maternal saw its young star Carla Quílez pick up the acting award exaqueo along with Winter Boy’s almost-as-young Paul Kircher. Quílez plays 14-year-old Carla in a film that offers a clear-sighted and humanistic look at teenage motherhood, given considerable heft by the fact that many of its young cast are non-professionals playing fictionalised versions of themselves.

Quílez is a real discovery, portraying Carla as feisty and brash in many of her dealings, especially with her mother (an almost equally fierce supporting turn from Angela Cervantes), yet allowing vulnerability to flutter below the surface. By underpinning the fictional tale of Carla’s experience with genuine stories of teenage pregnancy, writer/director Pilar Palomero celebrates the resilience of these youngsters in difficult circumstances, conveying just how hard it is for young people to deal with a newborn child while still navigating their own childhood emotions themselves.

The film arrived with some controversy in San Sebastian after Santos took to Twitter to allege that he had been exploited by the filmmakers and declined to attend the festival. On Twitter he wrote: “Those responsible for Pornomelancolía cannot absolve themselves of their responsibility for carrying out a project with a depressed person and pressuring them to recreate painful moments of their lives without having mental health specialists accompanying the project.” When I asked the director about it he said the actor’s stance had left him “bewildered,” noting the film was the result of a four-year long collaboration with Santos. He added: “I really would like to understand and hear what he’s feeling now” and says he “feels confident” the finished film answers any questions the audience might have.

One of the strengths of San Sebastian is that the championing of new voices and cutting edge hybrids doesn’t stop them spotting a good piece of traditional filmmaking when they see it. One case in point was the lavish Czech production Il Boemo, selected by writer-director Petr Václav’s homeland as this year’s international feature Oscar nominee. It is an exquisitely shot costume drama about the life of Josef Mysliveček, nicknamed “Il Boemo,” whose work this film gently argues is not as known as it should be. Although it is lavish in its depiction of the period it also doesn’t shy away from the seedier aspects of the libertine culture in 18th Century Italy as we see Il Boemo’s face ultimately hidden under a mask having been destroyed by syphilis. Unlike Amadeus, with which it shares a certain elegance and energy, Václav’s film keeps the focus as much on the music as the man (played with a blend of twinkly charm and quiet desperation by Vojtěch Dyk), showing the sheer physical exertion of opera—especially under the lights, costumes and make-up of the period—while adding his personal life and follies as grace notes. Whether it is championing old school skills or shining a spotlight on new talent, San Sebastian continues to wear its decades lightly and shows no signs of slowing up.