by Scott Macaulay
in Filmmaking, Uncategorized
on Sep 8, 2010 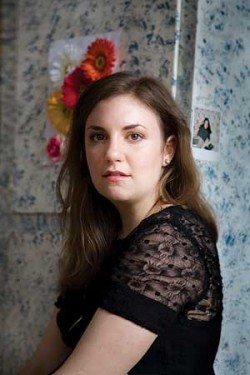 Tiny Furniture director Lena Dunham, one of Filmmaker Magazine’s “25 New Faces of 2009,” will write, direct the pilot for, and co-executive produce a new HBO series exec produced by Judd Apatow and Jenni Konner, reports Nellie Andreeva at Deadline Hollywood. The piece says the series “is expected to feature autobiographical elements”

“Lena has a unique, truthful comic voice,” Apatow said. “I am excited to work with her and learn from her.” Konner said she was “obsessed with working with Lena” since HBO’s entertainment president Sue Naegle gave her a copy of Tiny Furniture. “She has a staggeringly honest point of view and hilarious clear vision,” Konner said.

I’m obviously a big fan here at Filmmaker and am excited about this project. For more on Dunham, check out the next issue of Filmmaker in which we’ll have more on Tiny Furniture.