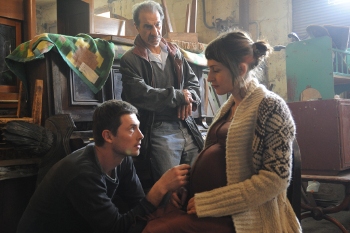 As screenwriters we learn that you have to plant information and set up courses of action in the film’s first act to establish what happens next. Restoration’s script was no different. But while editing we concluded that the first act was far too laden and that we had to cut out a certain supporting character that appeared there. Of course we were convinced that spectators will miss all the information the character communicated. The information was critical to understanding the film. We experimented anyway, took the character out and shortened the first act considerably. At a test screening we found out that not one spectator felt information was missing. It became clear spectators had no problem filling in the apparent information gaps for themselves. Some spectators’ feedback even commended us on our brevity. That was a big surprise and a realization that you can, sometimes, be economical with information(s) in a film much more than you thought you could.