The Microbudget Conversation: Crowdsource… Not Outsource

I first met Jesse Borkowski back at RIT in 2002, and we became fast friends. His interest in experimental filmmaking mirrored my own, and soon we were the dynamic duo of cinematographer and assistant on over ten short films. Our verbal short hand and similar visual language made it easy for us to work together, but it wasn’t until now that we’ve collaborated on a project as co-directors; It was bound to happen. The film I’m referring to is Engram. This “epic” micro budget is an experiment in many things, one of those things being crowdsourcing. My last few attempts at crowdfunding have been met with mixed reviews, and I’ve always wondered how to reach a larger audience. Jesse himself has an MBA and a BFA, which in my opinion makes him a micro-budget force to be reckoned with. When I asked him to write for the column he had but one thing on his mind…the best use of crowdsourced material and how that can build a network. 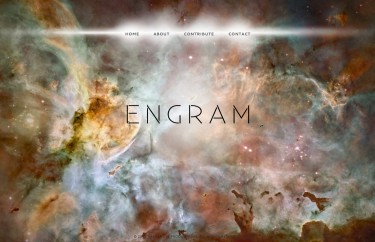 My take on utilizing crowdsourcing with regards to micro-budget filmmaking is not about how to use it as a business model to reduce production costs and save money. To me, that falls under outsourcing. Instead, I am interested in exploring how crowdsourcing can be used to create opportunities for audience participation and how the power of the crowd might be leveraged to bring more diversity and collaboration into the filmmaking process.

Engram is an alternative-narrative, micro-budget, sci-fi epic that explores human emotion through a combination of both fictional and documentary storytelling. The film takes place in the post-Future and focuses largely on the discovery of the Engram 2000, a satellite that contains recorded emotions and memories from all of humanity.

In the film, the Engram 2000 serves as the holy grail of emotional content, and for the storyline we need this satellite to contain dozens of on-board memories for our main character to experience. However, as we began developing the script and structuring the film, we decided not to write the memories ourselves. Instead, we chose to use crowdsourcing to gather real memories, from real people.

Extending the depth of Engram’s narrative structure through the use of primary source documentary material was appealing to us for several different reasons. For one, I have always believed that the structure of a film should match the content of the film whenever possible. So, it just made sense to me that a fictional satellite could contain real memories, from real people, living all over the globe. The Engram 2000 was supposed to contain humanity’s memories, so we decided to let it do just that.

Crowdsourcing memories for Engram is also a way for us to engage people and solicit project feedback on a global level. It is our hope that the process will return a more diverse selection of human experiences than we as individuals could create, while also engaging a base of viewers who have a uniquely personal stake in the film. And, while we are just at the beginning of the process, I am happy to say that the memories that we’ve been receiving are perfectly aligned with our intent and hopes for this project. They are far more interesting, varied and dynamic than what we could have achieved on our own.

Now, obviously, we are not really reaching all of humanity through crowdsourcing. However, we are gathering a much wider spectrum of human emotion than if we were writing the memories from a singular word view. And I think that’s a good start. It’s not perfect, but it’s an attempt at using technology, art and cinema to give people an entry into a project that would otherwise be a totally closed system. Participants in the project are entering the film in a way that blurs the line between creator and consumer. The process for us has not been without its challenges.

Anyone who thinks crowdsourcing is easy has either never done it before or is fortunate enough to already have access to a huge, engaged network of people. Our biggest challenge so far with crowdsourcing for Engram has been creating project awareness and carving out an online niche for ourselves.

This is probably a good time to point out that the Internet itself does not count as a ‘huge, engaged network of people.” The internet is an incredibly crowded marketplace. Incredibly crowded. The fact that anyone can put a project online is a double-edged sword. Sure, you can put your project online, but so can six billion other people. There are literally thousands, if not hundreds of thousands, of projects online vying for peoples attention, time, and money. So, while it is a potentially huge crowd, it is not a huge crowd by default, and people are certainly not just sitting around waiting for your project to show up.

One of the biggest misconceptions people have about the internet is that there are a billion internet users who will happen upon your website or Twitter, click “follow” if your project is good, and eagerly await the release of your film. Unfortunately, it doesn’t exactly work that way. The internet is not a “build it and they will come” model. You have to get your project out to people or no one will ever find it. In my experience the people who are first to support my projects online are not strangers, but rather people in my own network of friends and family who already have an interest in what I am doing. Getting the other 99.999% of the population to notice you and care about what you are doing is the real trick. Crowdsourcing actually requires a substantial amount of marketing and project (brand) awareness to make it work, and that’s where it gets difficult.

The internet and crowdsourcing is not as democratic as it looks. Entities with more money to buy project awareness will have increased access to larger crowds. With crowdsourcing it stands to reason that with no crowd, you have no project. So, the bigger the crowd the better. However, gaining access to a large, qualified crowd is why, in many cases, crowdsourcing can actually require more time, effort, and money than just doing it yourself. With Engram this has certainly been the case. It would be much easier for us to just write humanity’s memories ourselves. But, then they would lack the documentary authenticity that I think makes the effort involved in crowdsourcing worthwhile. This is why I think that crowdsourcing is not the same as outsourcing. Crowdsourcing is not necessarily about making things faster, easier, and cheaper. It can also be, and I believe should be, about making projects more participatory and about giving people a voice that might not otherwise have one.

I’ve over-rambled on the importance of having access to a large, quality crowd, so I’ll just go through one other thing that I believe is needed to carry-out a successful crowdsourcing project — a well defined project. This might seem simple, but it’s important. You need to design a project that people will not only want to participate in, but have the tools to participate in as well.

In designing our crowdsourcing project for Engram we wanted the barrier to entry for collaborators to be as low as possible, so we decided to accept memories only in written form. This means that anyone who can find our project also has the tools necessary to submit to the project. Contributors don’t need a fancy camera or audio recording equipment to get involved. We also did not want the time commitment to be too large, so we are asking participants to only submit one memory, and we are giving people seven emotional categories to choose from. If contributors want to take more time they can, but a person could participate in this project in as little as five minutes. We might even open the submission process up to Twitter, allowing people to tweet short memories @engram2000.

In my experience, the structure of a project is as important as having a large crowd, because if you design a project that no one wants to participate in or can’t participate in it doesn’t matter if everyone on the planet knows what you are doing. A well designed project maximizes the potential of your crowd and gives them the incentive and the tools to collaborate with you. If your project is designed for people to contribute five-minute clips of Antarctica shot on 35mm film it’s not going to go well. It can be hard enough to get people to participate even when the barrier to entry is extremely low, so a well designed project will let you focus on finding a crowd instead of on resolving, or overcoming technical limitations.

The idea that I want to leave you with is this: crowdsourcing is not outsourcing. Crowdsourcing is a way to create audience participation and project collaboration. It is a way for micro-budget filmmakers to access new ideas and to engage new voices in the filmmaking process. It’s not going to work for every project, or even on most projects, but if it makes sense I think it’s worth the effort. Crowdsourcing is not easy, but nothing worth doing ever is.– Jesse Borkowski

I think we tend to lose sight of this when we crowdsource anything. The number of projects asking for your money, contributions, and attention is mind boggling. BUT, the number of truly collaborative projects are few and far between. The future of micro-budget will revolve around our ability to include the audience, and find ways to make this process mutually beneficial. The days of offering a signed poster for a donation are coming to an end. The next step is creating a real community.