You Have no Business Being In This Business 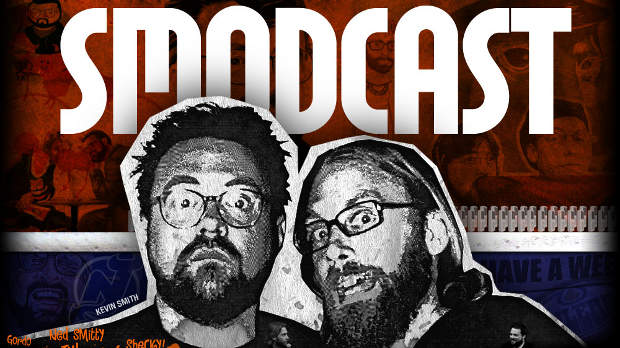 by Gregorybayne
in Filmmaking
on Aug 2, 2011

I have been thinking about Kevin Smith quite a bit lately. Beyond the obvious happenings with his film Red State and his decision to follow in my footsteps (wink) by embracing the Topspin platform to go about his business of building a media empire, I’ve been a bit in awe of how this guy from New Jersey, who began his journey with a $27,000 ’90s Sundance hit that many in the artistic film world passed off as garbage, has weathered many a storm, some arguably manufactured, to be quite possibly the last man standing and perhaps most forward thinking in an independent film industry that can’t seem to get fully back on track.

I know there are many a ’90s & ’00s Sundance alum out there still working, making films, making TV, making it, but none (that I’m aware of) have taken such distinct advantage of their first outing to have turned it, and/or themselves, into such a full force media-making machine so in control of their own destiny that if they cut off ties with everyone they know in the industry today they would be able to continue working, making exactly the type of film/tv/art they want to, while making a very healthy living at it. Smith and Co. have done that.

My “history” with Smith begins all the way back in Vancouver, B.C., where we both attended film school in 1992/’93. He in Class 23 with my fellow Idahoan David Klein, and me in Class 24. Our only interaction was being on an elevator together and only connection was my friendship with Klein, who shot Clerks and many other of Smith’s films, and Scott Mosier, who produced them. When they hit in 1994, I was back in Idaho attempting to wrangle together my own ’90s indie hit to no avail. After the requisite amount of youthful envy, I stepped back and just enjoyed watching these guys capture early success and in that was able to witness the early steps toward where Smith finds himself today. Say what you will about the films — I know I’ve said plenty — but there are two things Smith knows better than most: 1) he knows who he is, and 2) how to connect with his audience. He’s been doing the latter from day one with the initial launch of the ViewAskew.com website and with every measured step since. Yes, it helps when you have industry backing to get your ball rolling, but many before and after him have shared the same industry backing, but none have had the vision to siphon those dollars into building their own very recognizable, sustainable, and, indeed, valuable brand.

So why the digression about Smith? Well, it’s honestly less about what he is doing and more about the reaction to what he is doing. I read an article just this past weekend in which the author specifically calls Smith “arrogant” for his “go-it alone” attitude, and I’ve read many others since his Sundance stunt at the premiere of Red State in which there is a core dismissiveness about the idea of a filmmaker also being an entrepreneur with their own work. These articles put forth that we should only be concerned with the making of the film and not the marketing of it. I find this idea generally ludicrous, especially if you’ve taken a look around lately, and have been trying to uncover where in the world it came from. Then it dawned on me…it was born in the same place Kevin Smith was, Sundance (and the like) in the 1990s.

First thought of as a renaissance of American independent cinema, embracing truly innovative work driven by independent spirits, it quickly devoured itself to create a highly dependent and hierarchical culture that by the end, more than not, resembled the Hollywood system it was in theory pushing away from. Filmmakers who then, and in some cases still now, were in the business of making films actually independent of any large entity taking on the financing, production, marketing and distribution of their own work seemed to be forgotten, if not dismissed, when the rest of us got caught up in the drive to “make it.” The independent film boom trained us to not take responsibility beyond the artistry of our work and washed away from our memories the hard work of those who had come before us, those who from the 20s through the ’80s had taken on the responsibility for both the production of their work and the task of putting it in front of an audience. And now, when the economy has brought a wake-up call to nearly everyone on the globe and in turn shined a bright light on the unsustainable nature of an exit strategy-based approach to the film business, it’s those who have continued to take some level of responsibility for their work beyond its production who now stand a real opportunity to thrive in this new topsy-turvy world of independent film.

Looking back at those who have inspired me in the landscape of American independent cinema — filmmakers such as Jim Jarmusch, the Maysles Brothers, John Sayles, John Cassavetes, Larry Fessenden or my friends Todd Rohal and Cory McAbee — I realize that it is equally their distinct artistic voices as well as their decision to take ownership of their work, hard-won-by-hard-work-tangible–ownership, that draws me to their films. They are part of a long legacy of artists and entertainers who have truly built any business that is to be had in film, independent or otherwise.

So when critics, pundits or perhaps disgruntled execs complain that artists have no place in the business of their art I submit that they’re at best being thick and at worst reinforcing the bi-polar aesthetic that permeates the indie-film landscape. On one hand in order to “make it” you are expected to create highly innovative work driven by a keen artistic vision and sprinkled with a healthy dose of passionate independent spirit, but only within the confines of what will sell. If you can do that, you’re golden. And, when it sells, you’re not a sell-out, you’re a hero. In contrast though, if you can do that and also take responsibility for your own commerce, you’re either considered “less than” because the right sales machine isn’t behind you, or as in the case of Kevin Smith, arrogant. Most definitely not a hero, not yet.

The next couple years will prove very telling as more and more filmmakers divorce themselves from the notion of “making it,” deciding rather to “go it alone” (though we know we’re never really doing it all on our own) in search of real ownership of their work and ultimately their artistic and financial futures. It may implode, as the industry has been known to do, or it may spark a true revolutionary shift back toward a direct artist-to-audience relationship.

As for the likes of Smith, I’m at the very least glad to see someone with such a big soapbox making a tangible play towards the latter while living the ups and downs of it in public so that it can be a lesson for us all, for better or for worse.

Gregory Bayne is a filmmaker living and working in Boise, Idaho. His latest film JENS PULVER / DRIVEN, an intimate documentary about the legendary UFC Champion, is currently on a worldwide audience-powered screening tour, in release via Warner Bros. Video on Demand and available at http://jenspulverdriven.com. Additionally, his first feature, PERSON OF INTEREST, which debuted on VODO in 2010 is currently in release and available at http://personofinterestmovie.com. For more on Bayne’s exploits in the world of DIY check out MY YEAR IN DIY, and IT’S ALL UPHILL FROM HERE previously posted here at FilmmakerMagazine.com.