WHEN IN ZURICH, PRINT THE LEGEND: ON “ROMAN POLANSKI: A FILM MEMOIR” 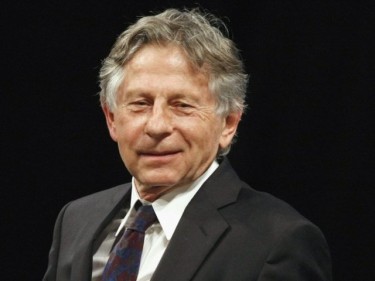 Succumbing to the most numbing of documentary aesthetics, Laurent Bouzereau’s Roman Polanski: A Film Memoir had its “secret” world premiere at the Zurich Film Festival Tuesday night. Aftering being hyped as a groundbreaking work of filmic autobiography, what unspooled in this most expensive of European cities consisted mainly of footage shot by longtime Polanski friend and former producer Andrew Braunsberg, who convinced Polanski to spend 20 hours talking with him in Polanski’s Gstaad estate during his house arrest following his apprehension at Zurich’s ambitious young festival a few years ago. The film’s cumulative effect is rather enervating given its fascinating subject, who rarely if ever gives interviews. Feeling longer than it actually is and must less relevant than it would like to be, the movie barely flies above the level of propoganda, especially when it arrives at the scandalous case of Mr. Polanski’s dalliance with Samantha Geimer, for which he is (as I’m sure you know) still a fugitive from justice here in the U.S. Regardless of one’s opinion on the matter, there is little to learn here, as Braunsberg so much as admitted this in a press conference the following day, suggesting that he and Bouzereau had edited out the most painful (and perhaps the most significant) aspects of his conversations with Polanski, hoping to simply introduce the world to “the man as I’ve known him for almost 50 years.”

The film employs footage of the Warsaw Ghetto and clips from Polanski’s films and the various news stories surrounding his incredible, often tragic, often confounding life to fill in the gaps and provide counterpoint to the often dull, by-the-numbers conversation between the two, which has a canned, staged feel that seeps into the entire production. While his accounts of life in the Warsaw during the war and the aftermath of the slaying of his wife Sharon Tate are often quite touching, I wish Polanski’s biographers had depicted the certain tedium of house arrest and had pushed their subject to dig deeper into his craft and to the circumstances of his relationship with Geimer. The whole section dealing with her is structured to recapitulate the “judge was out to get him” argument rendered to much greater affect in Roman Polanski: Wanted and Desired; this approach leaves one cold and suggests that Polanski is still guarding a reputation beyond conventional rehabilitation, but which could still probably benefit from some candor. Finally, though, the film’s biggest flaw is its simply boring visual choices; in a year which has given us such stunning cinematic self-portraits by major filmmakers under duress (Kim-Ki Duk’s Arirang and Jafar Panahi’s This is Not a Film), Polanski’s “memoir” is a rather disappointing effort at cheapened public redemption.