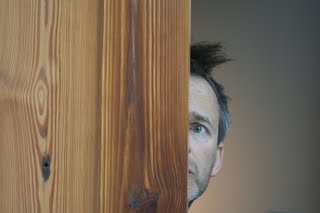 For me, the hardest decision to make is of course the most important: the “telling the universe” moment, when you finally just decide on a shooting date, regardless of time, resources or common sense and start barreling toward it, telling your friends, your co-workers, yourself and thereby the universe that indeed, you are gonna make another movie. At first, it seems ridiculous and you usually have to push it back, but then serendipity takes over and the universe starts to drop things in your lap.

You start the get the feeling that maybe, yes, the universe has agreed with you that, say, January 26, the day after Sundance 2009 ends, sounds like a fine start date for your movie that you will be shooting in a borrowed four-story, six-bedroom mansion in Deer Valley that you spent one night in and wrote an entire script based around (without knowing if you’d actually ever get permission to shoot there). The universe eggs you on. Why not fly in your actors the day the last stragglers from the festival are flying out and have your Austin-based crew drive up to Park City through snowstorms and subzero temperatures? I’m sure your crappy old Ford Escort, which will function as your picture car, will have no problem making the 1,400-mile journey loaded down with film gear! Even though you only have 11 days to blaze through 65-plus script pages, I’m sure you’ll make it! Wow, you really did make it! Wait, it appears that you don’t have a location for the final scene of the film, the emotional climax that will probably make or break the whole damn thing. Aren’t you shooting that, like tomorrow? Omigod, your production coordinator found the perfect place with a few hours to spare! Cool! Wait, wait, now you’re gonna have your crew drive back to Austin through more snowstorms and subzero temperatures so you can shoot out the remaining 40 pages of the script in only eight days? Don’t you all have day jobs? Ha ha ha! Remind me again how much money you have to make this thing? AH HA HA HAAA!!!

Eventually one gets the feeling the only reason the universe lets you get away with making your little movie is because it finds this all enormously entertaining.