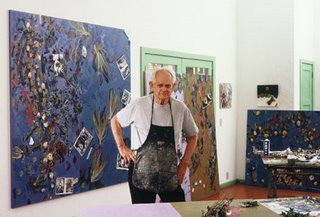 In Summer, 2005, the filmmaker Barbara Schock wrote a spirited piece for Filmmaker about studying film with critic and artist Manny Farber, who died on Tuesday. Mirroring Farber’s rapid-fire thinking, Schock makes you feel like you’re in his classroom as she writes about the man, his syllabus, and his teaching style.

We’ve posted it in our Web Exclusives.