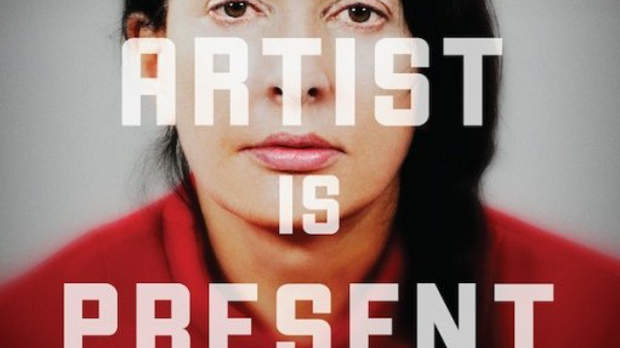 I began making work as a painter and sculptor. It was not until I graduated from art school that I ventured into filmmaking. Though I’m glad I did, I sometimes lament that it has dominated most of my life for the past 12 years, as I have not been painting or sculpting much. On the other hand, it has taken me all over the world and been an expansive exercise which has broadened my mind and led me down paths I could have never imagined. 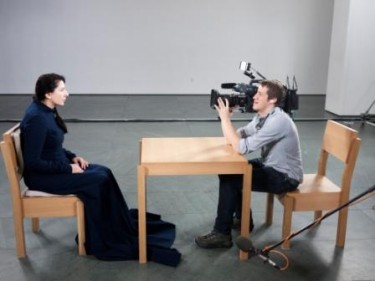 I have found that I really like telling stories. And I like telling them to as many people as possible. That’s why I continue to use film as my primary medium. For quite a while I have been making long form episodic documentary television. Recently, I directed my first feature length documentary Marina Abramovi: The Artist is Present. I have known about Marina ever since I began making and studying art, although I was always more drawn to making objects of permanence than her practice in ephemeral performance.  After I met Marina, however, and was given unique access to her world, it never once occurred to me not to make a film about it.

Marina was not only preparing the most important show of her life, a retrospective at the Museum of Modern Art in NYC that would involve a cast of 32 artists re-performing 5 of her historical works, but she was also to do a major new work: “The Artist is Present”, a performance that would embody concepts that have been integral to her work throughout her entire career–vulnerability, perception, human relationships, to name a few. She was being given an enormous platform to prove herself and carry the mantle of her chosen mode of artistic expression into the mainstream, as this retrospective was the first of its kind for a performance artist at a major U.S. museum. It would be the longest performance of her solo career and, perhaps, at the age of 64, the most physically challenging. Over the course of 3 months, Marina would sit immobile for the entire duration of the museum’s business hours, while museumgoers would take turns silently sitting opposite her, to have what she described as an “energy dialogue”. Failure was an ever-present possibility, but something Marina would never accept.

Two big challenges for me as a filmmaker were how to make the subject appeal to a wider audience than just the rarefied art world and how to make a film about something that is, in its essence, meant to be ephemeral. Marina has a very dense history that is difficult to explain in simple terms, even to those already versed in art history. Her career has involved three major chapters and within each chapter is a whole unique oeuvre. Additionally, only those who encounter the work firsthand experience its transformative power. Even this new performance, which I would document more thoroughly than any other in Marina’s career, would only be a secondhand representation. To that end, I knew that the film had to be something other than documentation. It had to be its own kind of experience and aspire to be its own separate work of art. A biopic was off the table. I didn’t want to make a pedagogical survey of her work or try to explain in any real depth why performance art is relevant. That is for the viewer to decide. Also, in spite of how monumental this show would be, I still had to figure out how to make an interesting film about something that was to take place in a museum (an institution that is understandably risk averse). This was especially challenging when you consider that most of the performances were to involve a stringent commitment to motionlessness.

Despite my own art school background, I wanted to approach the work with an uninitiated eye. As well as capturing the entire performance, I also relentlessly documented Marina’s life in the months leading up to the retrospective. I followed her to six countries, shooting hundreds of hours of footage of her encounters with colleagues, friends, critics and her reconnection with Ulay–her lover and collaborator of 12 years. It was a massive job to wrangle all of the material into one story. Fortunately I had a great team working with me on the edit and I had also learned a lot about pairing down and distillation in all the time I spent with Marina. The profound simplicity of the “The Artist is Present” was an inspiration in coming up with the right approach for the film.

While I went from being a skeptic of performance art to a convert, I think this film will draw in critics and fans of the work alike. In my wildest dreams I could not have imagined what a sensation Marina’s show would become.  My hope is that the audience will enjoy getting to know this amazing person as much as I did and will have an experiential encounter with her art in a way that might reveal something about themselves, as it certainly did for me.