A YEAR WITHOUT RENT IN PARK CITY

While on the plane to Salt Lake City, it occurred to me that it might be fun to do Park City coverage as a live blog from the perspective of someone who’s never been there before. I have a press pass for Slamdance, so I’m mostly covering that.

February (Nick Singer): A short about a guy with some plumbing problems. It’s well-shot, but you really get the sense that it’s more an exercise in cinematography than anything resembling a story. 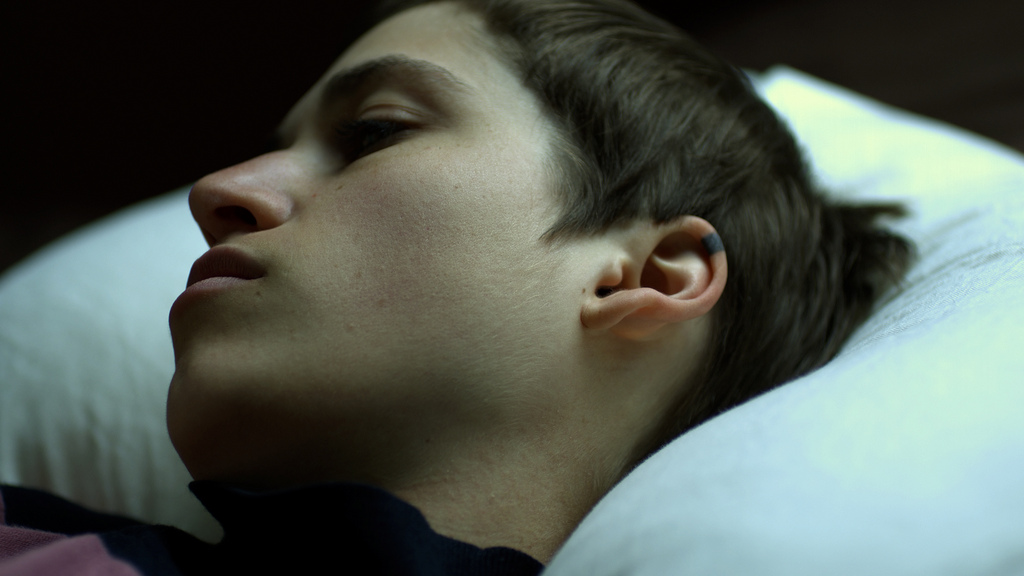 The Sound of Small Things (Peter McLarnan): A film about a marriage in decline, McLarnan’s film depicts a couple that struggles to communicate. The wife is deaf, but can speak, and the husband spends most of his free time in the basement, playing the drums.

The dialogue is improvised, which leads to long, aimless conversations about the minutia of life, including one seemingly endless one about the process of going to the gym to use a sauna. The overall narrative is rambling and disjointed. It doesn’t really go anywhere, nor does it give a cohesive look at what’s going on.

Add to that a “reveal” that’s telegraphed pretty blatantly from the second shot of the film, but never developed or employed, and what you’ve got is 85 minutes of things happening with little apparent reason or direction.

I kind of hated it.

But here’s the beauty of cinema. Sitting next to me was cinematographer Nandan Rao (Green, Bummer Summer). Nandan (who was one of the cinematographers we talked to about potentially shooting my film Up Country) noticed a lot of the same things I did, even finding them crucial to his reaction toward the film. But where I hated those things, he loved them.

It’s one of the things that makes cinema such an amazing art form, how 2 people who more or less see eye-to-eye on the art form can watch the same film in the same screening, yet have such diametric opinions of the work. You can’t beat it.

Last night involved a lot of walking around, figuring out where everything is. I found Marty Lang and Sean Hackett and stood in line for the Slamdance Opening Night Party until we figured out we were all too tired.

It’s snowing this morning–quite a bit, actually–and I’m finally getting to see some movies.

A Short Film About Ice Fishing (Jason Shahinfar): A short film from South Dakota based (incorrectly) on an urban legend. It’s a simple film that moves a bit slowly at the beginning, but has one hell of an ending.

Doppelganger Paul (Dylan Akio Smith & Kris Elgstrand): A man arrives at his apartment to find on the door a note from a man who’s been following him and views him as his doppelganger. After some correspondence via the door, they meet and find that while they look nothing alike, they share many of the same qualities. Something of a friendship forms, albeit a friendship borne out of lies.

From there it turns bizarre, depending the story beyond the initial joke of a premise. It’s a nicely shot film from Canada, anchored by strong performances from leads Tygh Runyan and Brad Dryborough. Doppelganger Paul is a very funny film that asks some poignant questions about the value of a relationship if it’s built on a creepy level of deceit and, oddly enough, the ethics of authorship that rings true in the era of SOPA and digital theft.

It screens again Monday at 10pm. 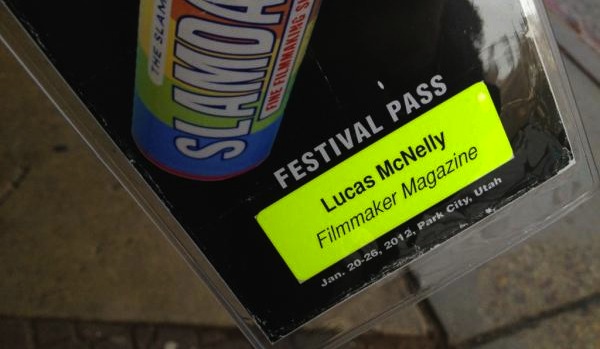 It’s a long way to Park City from the East Coast.

My day starts at 4:30am in Pittsburgh, where I’m staying downtown and flying out of the airport because, in part, it gets a little bit cheaper. Plus, Pittsburgh is one of my safe spots on A Year Without Rent. First it’s a walk of a couple of blocks to catch a 45-minute express bus to the airport, then a 8am flight. Connect in Denver, then arrive in Salt Lake City around 2pm Mountain Time.

The plan, I think, is to meet up with Marty Lang and jump on his group’s shuttle to Park City. I’m not really sure where I’m staying yet (although I have some options), as this is all really last minute, thanks to a film in Los Angeles that seems to have disappeared on me.

Only, Marty’s stuck in Dallas, thanks to an overbooked flight and by the time he’s now supposed to get in, it’ll be too late for me to check in for my Slamdance press credentials. So I figure I might as well just grab a shuttle and head to the Slamdance Headquarters. I don’t know, I’ve never been here before.

Which is how I’m writing this in Park City, at a table I found outside. It’s a little below 40 degrees, which isn’t terrible. There’s a limo parked below me and flashbulbs going off across the street in front of T-Mobile display.

This is kind of pure chaos. I think Adam Donaghey walked by me a few minutes ago, but I can’t be sure. He’s here, though, I know it. I’ve seen tweets.