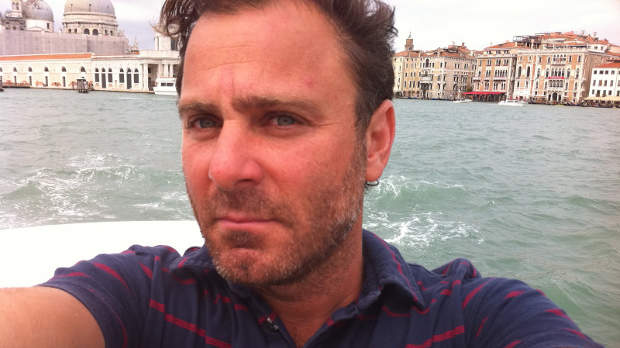 Production designer David Doernberg, who brought a sensitive, finely crafted and observant touch to many excellent independent films, died in New York on Friday after a battle with cancer.

Doernberg began his career in the late ’80s/early ’90s working on music videos for bands like Sonic Youth, Yo La Tengo and Superchunk. He quickly moved into independent features as a propmaster for films by Hal Hartley (Amateur), Daisy von Scherler Mayer (Party Girl) and Eric Schaeffer (If Lucy Fell). Soon after he became a production designer, bookending his career with films by Kelly Reichardt. He designed her 1994 debut film, River of Grass as well as her 2010 period tale of frontier life on the Oregon Trail, Meek’s Cutoff. Other notable credits include Phil Morrison’s Junebug, Alison Maclean’s Jesus’s Son, Morgan J. Freeman’s Desert Blue, Todd Solondz’s Palindromes and Pete Sollett’s Nick and Norah’s Infinite Playlist.

In the last couple of years, Dave kept a blog that documented another of his passions: food. On the blog, Dave’s love of great meals, whether cooked by himself or served at the restaurants he delighted in discovering, was shown to be as much about friendship and camaraderie as gastronomic pleasure. This human touch, about recognizing the people within the craft, was, of course, what made him great as a production designer. He was deeply collaborative with his directors, and was never about imposing some kind of pre-defined style on a film. He designed worlds that real people would live in, bringing a feeling of authenticity to the environments of his movies.

Robin O’Hara and I worked with Dave twice. He was the propmaster on our first film, Tom Noonan’s What Happened Was…, and he was the production designer on Harmony Korine’s Gummo. Gummo, as you might expect, was a crazy production, and because we were shooting in so many real people’s homes, the production design job required not only a creative and keen eye for the details that would fit into Harmony’s worldview but an understanding of those people, the lives they lived, diplomacy and an ability to improvise. Dave brought these qualities to all his work, and he will be missed in our independent film community as well as by his many friends and family.

As noted in a post by family members on his blog, a memorial service will be held on March 10 at the National Arts Club in New York City. Memorial contributions can be made to Doctors Without Borders or No Kid Hungry.

(Picture of Dave Doernberg from his blog, Eat Dave Love.)