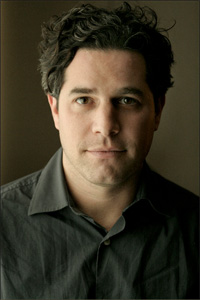 In “A Filmmaker’s Glamorous Life,” online and in our latest print edition, Esther Robinson surveyed a number of filmmakers about the jobs they’ve taken to support themselves when they are not making films. In this blog series we’ll run the unedited responses we received that were then condensed for the piece. Below: Ross Kauffman.

Kauffman: About 14 years ago, I took long term leases on a raw space, built apartments, and rented them. I supported myself by being a landlord.

Kauffman: For the most part, everything ran smoothly and the job did not entail too much day to day effort. But oh, there were those times when it didn’t, and at those times, when things went wrong (things like floods, fires, etc), the “second” job became the “first” job, and the filmmaking had to take a back seat.

1) THE FLOOD: One of my apartments was flooded from the floor above me. As the good landlord, I had to replace the ceilings, redo the floors, etc. As I was walking through the parking lot of Home Depot with all my supplies, I found out that I was shortlisted for the Oscars. It was a very grounding experience.

2) On the morning of the big day of my feature film premiering at the Film Forum I was awoken with the news that there was, yet again, another flood from the floor above.

3) While filming a doc for someone else in India (actually a third job during my second job) I awoke in the middle of the night to the sound of my cell phone ringing. It was my tenant in NYC telling me that there was a fire on the floor just above her, but that everyone was ok and that the fire department put it out before it spread. Unfortunately, the water that the fire department used to put out the fire succumbed to the force of gravity, and my tenants’ apartments looked more like an aquarium than an apartment.

Kauffman: I think it has to be cinematography.

Kauffman: For me (ie: the way my brain functions and at times, doesn’t function) cinematography is a great way for me to work. Even if I am in the midst of a very difficult period on my own film, when I take a job as cinematographer on someone else’s film, I can put everything else aside and just concentrate on the task at hand.

Filmmaker: what is the worst?

Kauffman: I have tried to edit as a second job, and it just doesn’t work for me.

Kauffman: It’s the exact opposite of cinematography with respect to the way my mind works and processes information. When I am editing, I am thinking TOO much, and my mind wanders back to the film that I am directing. With cinematography, I am truly in the moment and can put aside “my film”, while filming for someone else.

Kauffman: One where you can really shut out everything else and just focus on the task at hand. For some people that means getting a menial job, for some, a more technical job, and for some, a more creative job. It is an individual thing.

Ross Kauffman is the director, producer, cinematographer and co-editor of Born into Brothels, winner of the 2005 Academy Award for Best Documentary.

Currently, he working on a variety of projects including; Penny, a narrative feature film about a thirteen year old Tanzanian girl’s descent and eventual escape from a life of domestic servitude; Wait for Me, a feature length documentary chronicling the story of a mother’s spiritual and emotional search for her son who went missing twenty-three years ago; and Boy Boy Girl Girl; a comedic narrative feature film about a gay couple, eager to become parents, trying to adopt a newborn baby from a drug-addicted pregnant woman and her abusive lesbian girlfriend. ?