The Micro-Budget Conversation: The End 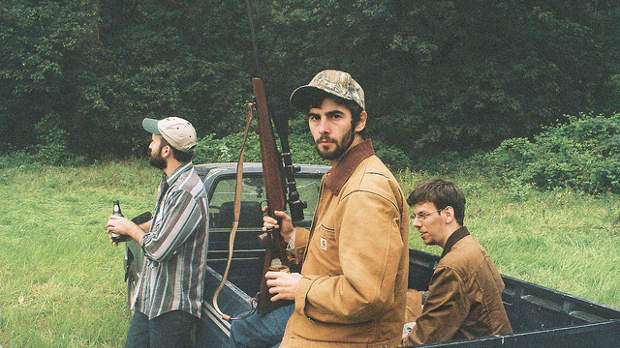 “Filmmaking is a visual medium. Is it a gimmick that I care about aesthetics in a visual medium? I think a well-shot film looks beautiful. I think well shot digital looks adequate. It’s simply a preference.

Truth be told, I’ve always thought the idea of micro-filmmaking was something of a gimmick. How little someone spends on a project doesn’t interest me. Is The Blair Witch Project more enjoyable knowing they spent such a small amount? Should I not support the Batman movies because the budgets are excessive? I just don’t think it’s that important.

The great thing about Kickstarter is that it allows people to support the projects they love. No one is demanding money. I certainly don’t feel entitled to it. If the idea of shooting on film offends you then don’t donate. There are about a billion digital Kickstarter projects more suited to your tastes. “

Truer words were never spoken…and these were spoken by Nathaniel Bennett in a conversation about his latest film Forest Fortress and its Kickstarter campaign. This was in response to my query, “Isn’t it a gimmick to shoot on film?” My thought is, if you’re going to ask people for money to complete your film, you don’t then turn around and spend it on something that is unnecessary…like 16mm film. It’s like what Lucas and I have debated in the past: who are we to tell a filmmaker what tool to use or not use to get his/her film made? If you have the connections, use them. If you have access to a RED…don’t go 5D. And if you think 16mm film works better for your film, and is within budget, have at it. For me the only tricky part is asking for that money and then not getting every mile out of every dime. This became a huge topic of conversation when Ryan Koo purchased a RED SCARLET and a portion of his Kickstarter contributors were upset with him. Which leads me to another question…do you have any say once you donate to a project? Now that we may allow investors to pony up the dough…are we accountable to them? Are we responsible for stretching every dollar as far as it will go? Or are we allowed to make aesthetic choices over budget concerns?

It was this recent conversation that made me realize it’s over…this column that is. I agree 100 percent with Nathaniel…micro-budget is a term that is no longer needed. We no longer live in an indie environment that doesn’t recognize and support micro-budget filmmakers…in fact one could say they are catered to. Between folks like Ed Burns playing the poster child, and Canon making affordable 4K machines faster than we can buy them, I’d say this column is obsolete. The goal was to all come together, share what worked and what didn’t, and learn from each other’s mistakes, and I think we have done that. It’s now time to kick it up a notch and go with the flow. I will still work with folks to discuss topics that are important to the low-budget indie filmmaker…we’re just getting rid of the title and the conversation aspect of things…and making it more quality over quantity. So please feel free to contact me with ideas and topics that are of interest to you. The next chapter starts now.