PREVIEWING THE PROJECTS AT POWER TO THE PIXEL 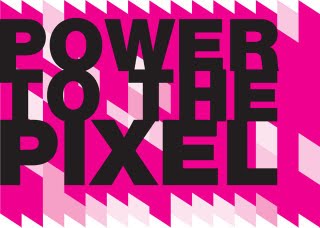 The following is our first report by Lance Weiler from Power to the Pixel.

I’ve just arrived in London for the third annual digital innovation forum Power to the Pixel which consists of a conference, project pitch forum, day of workshops and a think thank. Tomorrow the conference phase of the event kicks off. I’ll be taking part in each of the phases of the event. Starting tomorrow with a presentation on Story Architecture — a look how storytelling is evolving in the age of connected devices and the real-time web.

I look forward to Power to the Pixel each year. It has quickly emerged as the premiere European destination for new models and all things transmedia. There is quite a bit of buzz about the prospect of delivering stories across multiple platforms in Europe. 360 commissioning has become common place at a number of broadcasters for instance the BBC and Arte are actively looking for innovative interactive content.

Liz Rosenthal founder of Power to the Pixel has careful positioned the event to feed an emerging need. At the center of this year’s event is the Pixel Pitch which will highlight seven transmedia projects, one of which will walk with a $10,000+ prize courtesy of mobile / internet broadcaster Babelgum. The projects are presented in a roundtable pitch session directly to industry (UK Film Council, BBC, CAA, Arts Council England, Arte France Cinema, Channel 4, Endemol UK, BBH Labs, Mother, Bebo, YouTube, Pathe, Sony, Orange, and Babelgum).

This year’s projects include:

For those interested in catching some of the conference there will be a live feed available at www.powertothepixel.com. — Lance Weiler