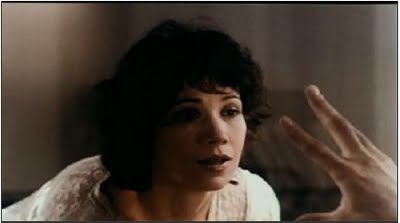 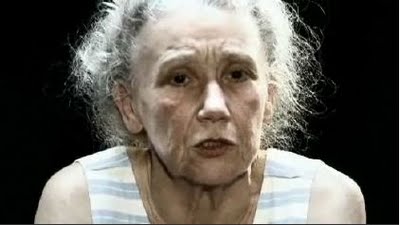 Bristol’s Massive Attack return this week with a new album, Heligo Land, and word has it that the band that once invented trip-hop and now is probably best known for providing the theme music for House may be revisiting the former glory of their classic albums Blue Lines and Protection. Preceding the album is this website, Massive Attack Tweatre, which is unveiling seven music videos commissioned for the album. Three are up so far, and the grabber is “Paradise Circus/Life of a Pornstar.” It’s a beautiful downtempo song sung by Hope Sandoval, and the video, directed by Toby Dye, is truly something. It features Georgina Spelvin, the now 70-something star of Gerard Damiano’s ’70s porn classic The Devil in Miss Jones, discussing her work on that film, her emotions at the time, her thoughts on sexuality, and, finally, her love of the camera. “We are our own devils,” she says somewhat chillingly at the end. Intercut with the interview are scenes from the film itself. It’s the most arresting video I’ve seen in some time. I haven’t embedded it because it’s explicit, adults only and NSFW, but you can find it at the link above. (The “tweater” requires you to sign in with your Twitter account; when doing so, you send a tweet out telling people you are watching the videos.) Or, various sites are uploading it, including this Vimeo page.