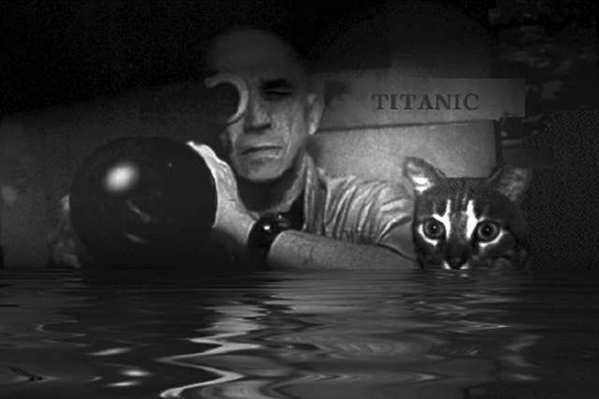 In Sans Soleil, a cine-essay from 1983 that feels like it’s from 2083 (and remains the paragon of the form), the narrator speaks of an idea for a film. This imaginary film would be about a man on our planet, from the year 4001 AD, who comes back in time to our era and is moved by the realization that in our time, people are capable of forgetting. You see, this time-traveler comes from a future where forgetting is impossible, where humans have figured out how to condition the brain to remember everything. In this future society, memories hold none of the emotional impact that they do for those who can forget, since “Total recall is memory anesthetized.” Our time-traveler thinks that it’s unjust that in our time, humans have to struggle to remember, as well as struggle to forget. In the typical nuanced fashion of the filmmaker, Chris Marker, the time-traveler’s unhappiness at our state of imperfect memory is both unbearable and inaccessible to him.

Chris Marker’s all-too-inaccessible body of work – from Statues Also Die (which he co-directed with that other devotee of memory, Alain Resnais) to La Jetee (“Nothing sorts out memories from ordinary moments. Later on they do claim remembrance, when they show their scars.”) to Le Fond De L’Air Est Rouge (a wonderful pun not really conveyed by its English title A Grin Without A Cat) to Sans Soleil to Level Five (a film about trying to recreate the Battle of Okinawa as a computer game), and through his final works, very short films he uploaded to his YouTube account (Kosinski, now closed) – was shot through with an obsession over the manner in which we choose to remember and forget (Marker believed those two actions were more or less the same thing). How do we select the memories that we preserve and romanticize? What essential context is omitted when those selections are made? How do we determine whether an event is properly memorialized, and is that even possible? In an unforgettable moment in Sans Soleil, Marker shows a site in the Ryuku Islands where over 200 girls chose to commit suicide by grenade rather than fall into the hands of the Americans. Across the street from the site, a vendor sells souvenir lighters shaped like grenades.

One thing I am certain of is that Marker’s visitor from 4001 AD would be shocked at how much we’ve forgotten one of the greatest artists of the 20th century. It’s only too ironic that Marker himself has – for now – been relegated in the larger cultural memory of cinema to a footnote in the story of the making of 12 Monkeys. Certainly you’ll see plenty of notice given the man in the wake of his death, but Marker hasn’t held the attention of the film world in the way that his contemporaries Jean-Luc Godard and Resnais do since, well – never.

Certainly part of this forgetfulness is due to Marker’s decision to live an extremely private life, never granting interviews and never consenting to being photographed. In contemporary Western culture, which equates representation with existence, that sort of decision is usually a death knell for recognition (though in rare instances – and, by definition, the only ones most people have heard of – it perplexes and stokes the most vehement curiosity, as in the cases of Thomas Pynchon and J.D. Salinger). But part of the reason we’ve been forgetting Marker for the past 30 years (at least) is evident in his work: Chris Marker’s films were, and still are, almost impossibly ahead of their time. The isolation of the formal elements of cinema (image, speech and music) in La Jetee; the juxtaposition of fictional cinematic history with documentary footage of actual history in Le Fond De L’Air Est Rouge; the exploration of the mysteries of time, space and memory through a few travelogues in Sans Soleil – all formally ingenious ways of telling a story onscreen that have lost none of their resonance and power, nor their originality. And of course there were the filmmaker documentaries – one-of-a-kind portraits of Akira Kurosawa (A.K.), Alexander Medvedkin (The Last Bolshevik), and Andrei Tarkovsky (A Day In The Life Of Andrei Arsenivich) that, while faithful depictions of their subjects, sacrificed none of Marker’s signature style.

Later on in life he became increasingly involved in making multimedia works, including an art installation that interpreted “The Hollow Men,” a CD-ROM called Immemory (which, granted, recycled a lot of material from Sans Soleil and other, earlier works), and an exhibit of photographs he took on the Paris metro with a hidden camera, the best of which he then juxtaposed against insets of famous fine-art portraits. He had a wonderful sense of humor, which was totally in line with his work: after an announcement that Marker would be present after a screening of his work at the Pompidou Center one evening, hopefuls filled the space to find that they would be treated to a Q & A – with Marker’s Second Life avatar. Toward the end of his life, Marker – in his late eighties by this point – created a YouTube account, on which he would occasionally post very short films – sometimes funny, sometimes cute (Leila Attacks), sometimes puzzling, always entrancing. Of particular interest to me was Kino, an extremely brief history of cinema involving Osama Bin-Laden.

A nonagenarian uploading videos to his YouTube account? A filmmaker who, in his seventies, decides to make a CD-ROM game? Perhaps Marker himself was the time-traveler from the future, a filmmaker planting the seeds of a new kind of storytelling that would not become accessible to the rest of us until much, much later. Only then could we look back and remember, could we understand the significance of Marker’s work – and his life, and our processing of that life. Breathlessly inventive, creating new forms well into his eighties, Marker’s career was unlike that of any other filmmaker of his stature. When I wonder what the secret of his inventiveness was, I think about an anecdote I heard recently from a friend. Fifteen years ago, this friend was chatting with Marker in his studio in Paris when a conversation about teaching arose. Marker shared that he’d recently been invited to lecture at Cal Arts. Needless to say, he refused the offer. When asked why he didn’t take it, Marker replied, “Because then I might start to think I know something.”

We’ve already forgotten Chris Marker. At some point in the future, a process of what we call “remembering” will begin. Could Marker have planned it any better? It reminds me of a quote from Sans Soleil:

“I will have spent my life trying to understand the function of remembering, which is not the opposite of forgetting, but rather its lining. We do not remember, we rewrite memory much as history is rewritten. How can one remember thirst?”