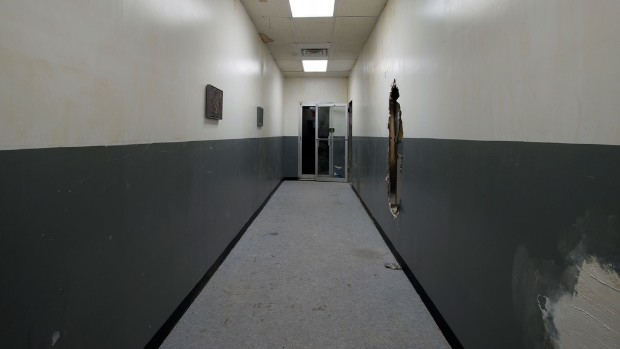 In 2011 on New Year’s Day I posted “New Year’s Resolutions for Filmmakers” — 10 items filmmakers could embrace to improve their practice and thought processes for the year ahead. Last year, I thought about revising or updating it but couldn’t think of much to add. This year I looked at it again, and had some new thoughts. It’s still a decent list, and if you want to read something that will prod you in the gentle, empathetic, self-help-y manner of lists of these kind, a post full of to-do items you can file alongside “lose weight” and “be present in the moment,” I continue to recommend it. But for something more specific, more rooted in the now of ’13, I offer here a crankier addendum.

Stop making feature films. Why are you trying to make a feature film? If it’s for any other reason than that’s how your brain processes stories, that it’s the form that thrills and moves you, or because it’s the form most suited to your subject matter, stop. If you’re doing it because you think it’s the dominant story medium of our time, or because you believe it’s the way to a mass audience or because you think you’ll get rich, you need a healthy dose of artistic and personal self-examination. Telling stories through media of some form, yes. But buying into the conventional feature-film format and all its legacy business practices… that is no longer something you do by rote. And if you do answer those above questions in the affirmative, think of ways you can also extend and expand your content beyond that feature-film format because more and more new audiences aren’t wired with cinema as their default entertainment program.

Learn to interact with developers. Should filmmakers learn to code? That’s a question bubbling under the surface of the nascent film/tech convergence, and it’s one we will examine in a series of blog posts co-authored by MIT Story Lab this Winter. The jury is still out on that one, but I will argue that in order to realize the full potential of their creative content, filmmakers need to learn how to speak to developers. They need to understand what it is that they do, how they work, and what their tools are so that they can augment and extend their stories.

Prepare for the second screen. The second screen is already here. Do you watch TV with a tablet on your lap, or a smart phone in your hand? Have you ever tweeted a reaction to a show as its happening? Has some form of fractured attention involving another device become the norm of your home viewing? Recognize that you didn’t do this before. (Did you ever call a friend on the telephone and chat while watching a TV show? I didn’t think so.) The so-called second screen, where there is content and viewer interplay between devices, exists already, but it will be pushed into the center stage at some point in 2013. Yes, there should be an Apple TV next Fall, but other industry players like Intel are coalescing around this area too. And you know what? It won’t be some kind of split screen where your Twitter feed will follow along with the show, like some kind of Mystery Science Theater. Oh, sure, it may be that in its most uncreative examples. What will make the second screen transformative will be when its creative potential is enabled via SDKs to individual developers who will disrupt conventional viewing in ways we can’t even imagine. Think of how mash-ups, remixes, and fan-made parody videos have changed the face of short filmmaking, and now imagine similar experiments applied to streamed live content. Start thinking about how your creativity can flow into this space now instead of waiting for the mega-corps to define it for you.

Change your listening habits. Okay, I nicked this one from financial blogger Joshua Brown, who wrote that’s he’s switching from Dad Rock to rap in the AM on his way to work. “…You musn’t subject yourself to this Sad Bastard Music en route to the battlefield,” he wrote. “Primarily because you’ll be playing against people like me, who’ve been main-lining an overdose of corner-holding bravado while you’ve been listening to an art major lick his own violin. Switch it up – aggressive and inspirational in the AM, plaintive and beautiful in the PM when the fightin’s done. Try this for a week, watch what happens.”

Cut out news and stop following. If you’re like me, you follow too much. You have too many feeds, too many alerts, and you check in too many times a day to different news sources because, well, you want to be in the know but also because you’re wired to the 24-hour news cycle the media has addicted you to. Okay, there are times when you may want to immerse yourself in the news cycle, usually during moments of national or world importance. But during other times, and to quote Brown again, “Let Twitter and Facebook exist without you for large swathes of the day. Like the news, they are always going to be there when you are ready to deal with them. Go into settings and block the sirens and bells and whistles and vibrations now.” Oh, and to my film colleagues, there are things that merit news alerts. New posters and trailers — pieces of marketing that distributors should be buying advertising space for on our sites — are not two of them.

Don’t just like. This lifted from a friend on Facebook. If you “like” because you’re acknowledging something a friend posted, or saying hello, fine. But if you “like” a political or social call to action, understand that that “like” means not much more than another piece of indexable information about you sent to some cloud server and used at some point in the future to sell you something. “Like” if you want, but figure out what other kind of real-world action you can do.

Share your data. I interviewed first-time filmmaker Adam Leon about his wonderful Gimme the Loot for the next issue of Filmmaker, and he revealed to me a revolutionary new method he and his producers devised to write a business plan containing actual acquisition and revenue figures for their comps. What is it, you want to know? They asked. They went to people, more established producers, and said we’re making a film and we don’t want your money, we want your help. And by being nice and sincere they got it. Look, there’s probably not going to be some kind of Rentrak chart for VOD numbers or sales figures. As independent filmmakers we have to start building this data ourselves, and the first step is by being transparent and by sharing — privately but collaboratively — our own info.

Figure out their business model and if you fit into it. Maybe you were outraged by Instagram’s TOS changes — you know, where they posted that they could use your photos in advertising without compensating you. Well, what did you expect? It’s a free service Facebook paid $1 billion for. So instead of being periodically furious when services change their terms, try to figure out what their terms will inevitably be before you load all your crap into them. And you know what? This applies to our film business too. When you go into partnership with a producer, or an agent, or a distribution company, figure out from their past work what their business plan is. How do they make their money, or increase their prestige, and will you be able to help them in that goal? If not, you may wind up disappointed.

Read more. Okay, here’s a carryover from 2011. Then I quoted Werner Herzog, who said you can’t be a filmmaker if you don’t read. This year, I’m repeating it as a personal reminder. Fact is, I read a lot. I read all day. Stories, emails, pitches, scripts, blog posts, etc. But too much of that reading I do in a kind of accelerated, semi-ADD skimming fashion, and too much of it doesn’t sustain me the way finishing a great book does. I did have some success this year, reading about half of Bolano’s 2666 towards the end of the year. But I had some failures, like a prolonged limping through a very slender book by French philosopher Jacques Ranciere that I’m still not done with. So, once again, this year I’m going to take my earlier advice and cut off the feeds and read more.

Go to galleries. Not just because galleries are beautiful, meditative spaces that create a zone for your own creativity, but because there’s tons of important hybrid art/film work being exhibited these days. And because there are filmmakers who have discovered that their media work is more remunerative and better appreciated in gallery contexts than in microcinemas. And because if you didn’t see the Freeman and Lowe show you don’t really know what’s going on.

Walk. It’s good for you. It helps you think. Frankly, I do all my writing while walking. I try to push pause on the podcasts, wander around, and write in my head. Then I come home and type it all out. Sitting at the computer, staring at the screen, with all the feeds going off — sometimes the writing can be brutal. So, I have to remember to walk. To quote Rebecca Solnit from her Wanderlust: A History of Walking: Language is like a road, it cannot be perceived all at once because it unfolds in time, whether heard or read. This narrative or temporal element has made writing and walking resemble each other.” And: “Many people nowadays live in a series of interiors…disconnected from each other. On foot everything stays connected, for while walking one occupies the spaces between those interiors in the same way one occupies those interiors. One lives in the whole world rather than in interiors built up against it.”

Start building your own distribution platform. “It’s not self-distribution, it’s distribution,” a filmmaker who I won’t name now but who is featured in the new issue of our magazine said to me. He may be right. 2013 may be the year where self-distribution loses the “self,” meaning that the fact that the filmmaker is spearheading his or her own campaign will no longer be something out-of-the-ordinary and deserving of comment. The folks behind the movie Indie Game speak eloquently on this in our next issue as well, detailing how they built their own distribution platform and how you can too.