When I Walk | Director Jason DaSilva 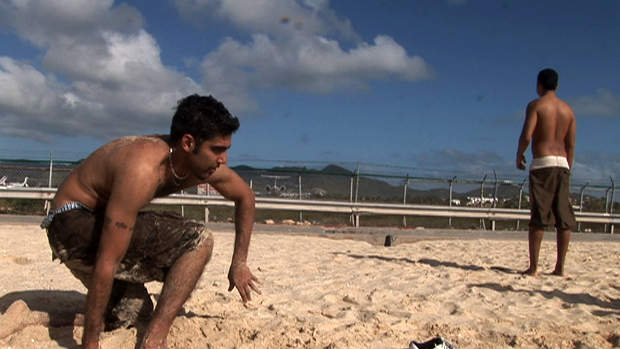 Other than the sacrifices that you typically expect from an obsessive filmmaker (lack of sleep from creative insomnia, poor eating habits and coffee addiction, loss of friendships due to staying at the editing table for months on end), my biggest sacrifice was this:  My privacy. Basically, I opened up my life to the world with my film. I had a hunch  that my world was going to get really crazy and I wanted to catch it on film. The problem with that was I was in the film and that led to my second big sacrifice.  My directorial control. Being in my own film, I was forced to hand the camera over to others. My brother, my mother, my filmmaker friends, my non-filmmaker friends.  This was perhaps the most frustrating sacrifice for me – and the three films I’ve done up until this one, I had control of the camera and I was a meticulous shooter. So you can imagine the torture that trying to giving an on-the-fly lesson in visual composition camera exposure to my mother.

Living your life in the present and reflecting upon it creatively simultaneously creates a psychological feedback loop that’s tricky to negotiate.  The film is such a departure from my previous work where the emphasis on my filmmaking was on cinematography.  In this film, my physical challenges with disability forced me to develop a new creative process and a new way of looking at films.  Beautiful cinematography was sacrificed and in place my priority became capturing emotion. I found a new love for the expression of emotion, the subtlety of story, and compelling moments of human experience.  This was the voice of the film that emerged almost through its own will and not my own.  As a director, my role was to foster this spirit of the film, and learn to adapt.