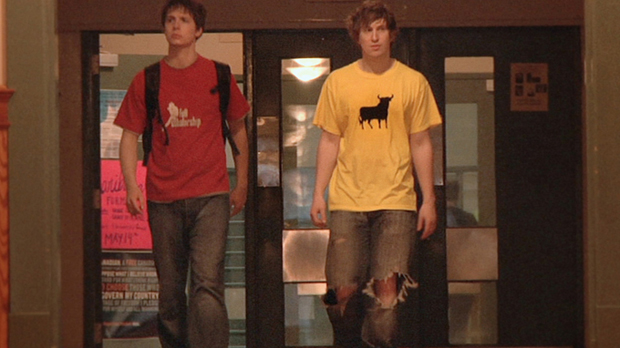 Last night, the winners of the Slamdance Film Festival were announced. The Grand Jury Prize on the narrative side was awarded to Matt Johnson’s The Dirties, arguably the buzz title of the festival, in which two teens set out to make a movie about the bullies who are making their lives a misery. In the doc section, the main award went to Nicole Teeny’s Bible Quiz, about a lovelorn teen hoping to win the National Bible Quiz Championship and the love of her team captain, which stood out to a jury which included Filmmaker‘s own Dan Schoenbrun. The audience awards for narrative and doc went to James Duff’s Hank and Asha and Jason Banker, Jorge Torres-Torres and Tiffany Sudela-Junker’s My Name is Faith, respectively.

Grand Jury Sparky Award for Animation: I AM TOM MOODY by Ainslie Henderson. “For its insight and for its playful spirit.”

Special Mention: JOSEPHINE AND THE ROACH by Jonathan Langager. “For its richly imaginative visual style and for lead Jenna Augen.”

Special Mention: DONALD CRIED by Kris Avedisian. “For a standout performance, with thepower to inspire empathy as well as to make you cringe.”