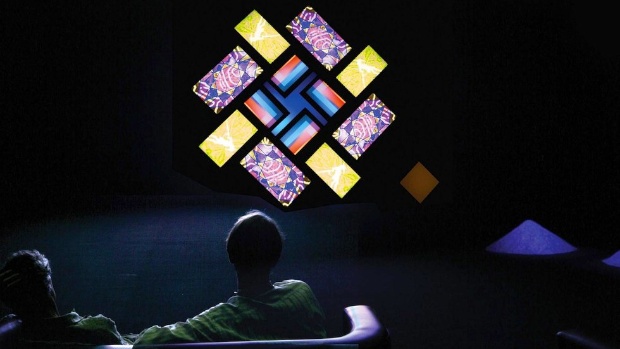 At Vulture, Jerry Saltz bemoans the “Death of the Gallery Show,” particularly the effect new ways of seeing and purchasing art are having on the discourse around art itself:

Gallery shows: light of my life, fire of my eyes. I love and long for them. I see maybe 30 a week, every week of the year. Much of what I know about contemporary art I learned from hanging around artists and from going to galleries. Bad shows teach me as much as good ones. A great thing about galleries—especially for someone who spends most of his time alone at a computer, typing—is that they’re social spaces, collective séances, campfires where anyone can gather. I’m a blabbermouth, so in galleries I turn to strangers and blurt whatever I’m thinking about whatever we’re looking at. If they don’t think I’m a creepy geezer, they’ll tell me what they’re thinking, too. Then I see whole new things. As disembodied as they can be, galleries are places where one can commune with the group mind. We have more of them than any other city does, and admission is free.

The clustering of hundreds of galleries in several neighborhoods has meant that a huge swath of the art world is continually being presented at our doorstep. That is changing, and changing fast. These days, the art world is large and spread out, happening everywhere at once. A shrinking fraction of galleries’ business is done when collectors come to a show. Selling happens year-round, at art fairs, auctions, biennials, and big exhibitions, as well as online via JPEG files and even via collector apps. Gallery shows are now just another cog in the global wheel. Many dealers admit that some of their collectors never set foot in their actual physical spaces.

The beloved linchpin of my viewing life is playing a diminished role in the life of art. And I fear that my knowledge of art—and along with it the self-knowledge that comes from looking at art—is shrinking.

In #waywire 2.0, you don’t just post videos to your feed. You collect them from any of the few dozen most popular video providers on the web, and organize them into “wires” about certain topics. For example, Mayor Booker has wires dedicated to civil rights, gun speeches, and a collection of his speeches.

You can also now add hashtags, set which video is the featured of a topic wire, and what thumbnail is displayed on each video. These all give you the power to create more compelling video compilations about fascinating subjects. It also opens the door to easier monetization through traditional video pre-rolls and overlays as well as sponsored posts since the update gives advertisers topics to advertise against. That should please investors who include First Round Capital, Troy Carter, and Oprah.

In the same series, Sarah Nicole Prickett contributes a bracing personal essay: “The Privilege of Fucking Up.”

Speaking of Michelle Orange, she was interviewed by Brad Listi over at the Other People podcast. Good info on how one begins as a film writer in New York. (Orange used to work with Stu Van Airsdale at The Reeler.)

At Hitflix, Alan Sepinwall wonders something I’ve been wondering — how do critics watch so much TV?

Once we were in Berlin, kind of down and we wandered into an installation by Brian Eno. The lights, the sounds — it brought us to a better place. If I get sick, I’d like to have such a space nearby. And now, reports Adam Sherwin at The Independent, the composer is composing for hospitals:

Eno, who previously created a soundtrack to enhance the airport experience for jittery fliers, was asked to provide installations by Robin Turner, a local surgeon, after this wife had spent two hours immersed in the quiet serenity of one of the producer’s installations….

Architects IBI Nightingale said: “Creating a healing environment isn’t only about correct surgical procedures and the right technology but also about making an atmosphere where the patients feel able to relax enough to clearly think through their options, and to properly take part in the healing process themselves.”

Eno hopes to create more hospital healing zones. A spokesman for Eno said: “Since word about this broke in the architectural world there have been four different architects who work specifically in the design of hospitals who have expressed particular interest in Brian’s installations. I believe they have already visited the Montefiore Hospital. Brian may well get involved with more hospitals.”

Brian Eno will also be presenting his 77 Million Paintings (pictured above) in New York next month.

For Jon Evans at TechCrunch, Google Glass means the democratization of surveillance.

What Herndon had discovered was that by making a sloppy computing error, Reinhart and Rogoff had forgotten to include a critical piece of data about countries with high debt-to-GDP ratios that would have affected their overall calculations. They had also excluded data from Canada, New Zealand, and Australia — all countries that experienced solid growth during periods of high debt and would thus undercut their thesis that high debt forestalls growth.

Herndon was stunned. As a graduate student, he’d just found serious problems in a famous economic study — the academic equivalent of a D-league basketball player dunking on LeBron James. “They say seeing is believing, but I almost didn’t believe my eyes,” he says. “I had to ask my girlfriend — who’s a Ph.D. student in sociology — to double-check it. And she said, ‘I don’t think you’re seeing things, Thomas.'”